GRANJENO, Texas – In a three-hour span Sunday, 140 Central American migrants crossed into Texas from the cartel-controlled city of Reynosa and surrendered to U.S. authorities with the expectation of being released shortly thereafter. The images of the crossings come at a time when the leaders of U.S. Border Patrol report record-setting apprehensions. 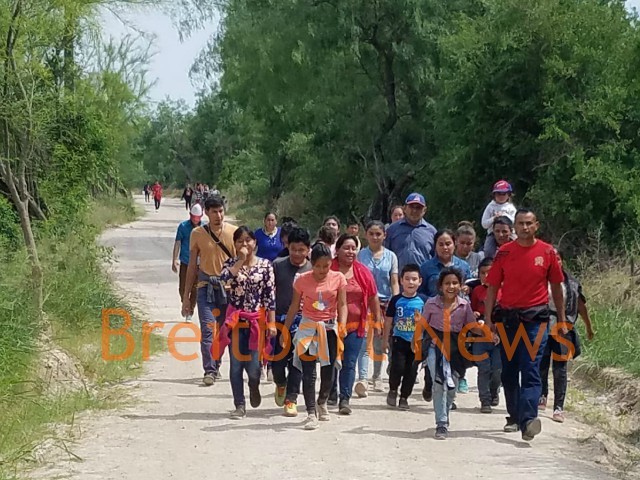 The images were captured by Breitbart News in an area immediately north of the Texas border in a region known as Rincon Village, under the Anzalduas International Bridge. The area has long been considered by law enforcement as a busy corridor used by the Gulf Cartel to move Central American migrants into Texas. Since many migrants are family units or request asylum, they are released in a matter of days. 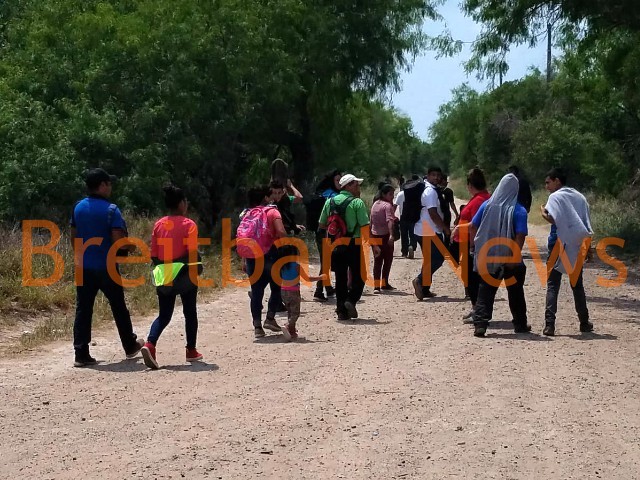 In a three hour span, 140 migrants in seven separate groups walked north from the river, following orders from human smugglers to walk until they found U.S. Border Patrol agents. Rincon Village is the same location where, in November 2016, Breitbart News encountered a total of 43 migrants in a single afternoon as they crossed from Reynosa into Texas. 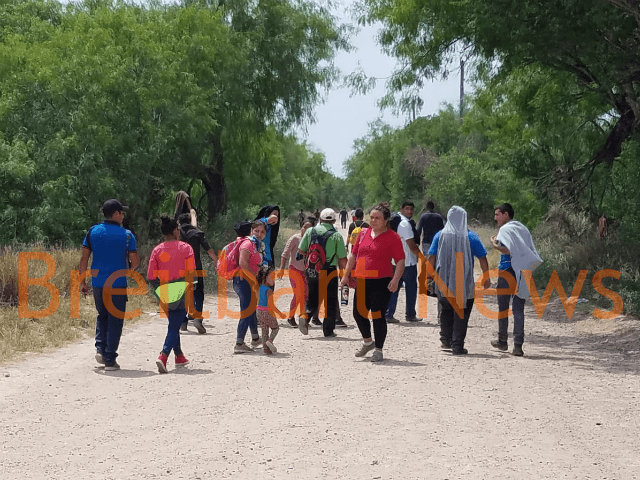 The large groups crossing into Texas through Rincon come at a time when Border Patrol agents apprehended 2,400 migrants throughout the entire Rio Grande Valley Sector in just one day. 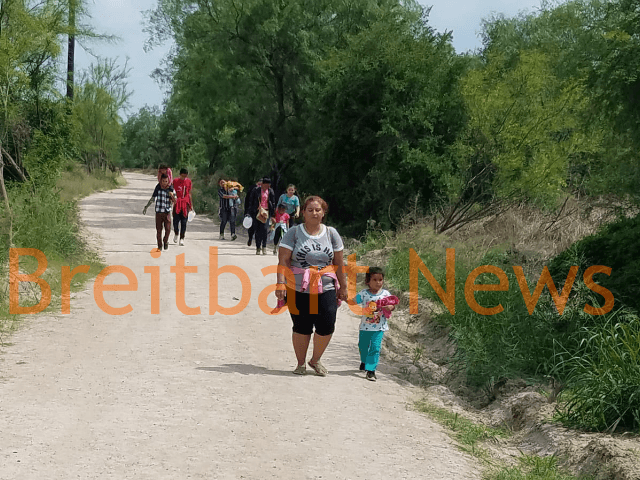