The U.S. Consulate General in the Mexican border city of Nuevo Laredo issued a warning and curfew for its employees following three days of violence. The battles between cartel gunmen and Mexican military and law enforcement authorities led to at least 8 fatalities. In a similar fashion, the police department in Laredo, Texas, warned its citizens to avoid unnecessary travel into Mexico.

As Breitbart Texas reported, since Thursday afternoon, gunmen from the Cartel Del Noreste faction of Los Zetas carried out numerous attacks against Mexican soldiers and Tamaulipas state police officers. As part of their tactics, cartel gunmen carjacked numerous vehicles at gunpoint and then torched them to use them as part of a series of blockades. Since the violence began on Thursday, seven gunmen with Los Zetas-CDN and one Mexican soldier have died, while several other soldiers have been shot in numerous clashes. 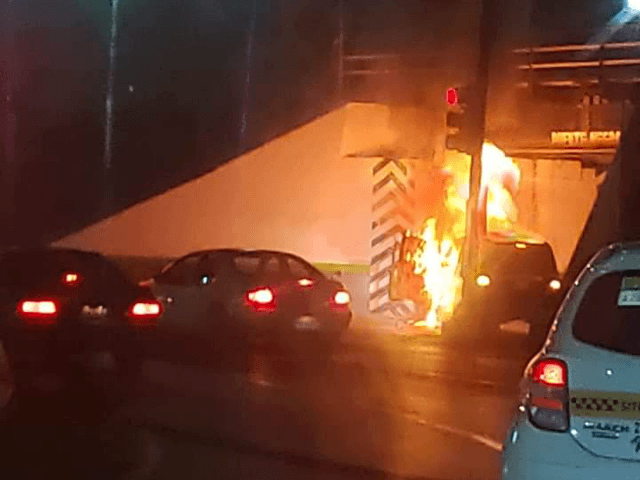 In response to the raging violence, the U.S. Consulate General in Nuevo Laredo issued a security warning specific to that Mexican border city warning about the ongoing violence. Further, consulate officials imposed a curfew to consular employees. The warning also instructs travelers to avoid public places and notify friends and family about their current safety status.

Security Alert: The Consulate continues to monitor the security situation in the city of Nuevo Laredo following violence between Mexican authorities and criminal organizations that started on November 15.

The consular warning comes in addition to an existing travel advisory for Mexico that lists the border state of Tamaulipas as a level 4 security risk — the same category used to describe Syria and other middle eastern warzones, Breitbart Texas reported.

By Saturday afternoon, the Laredo Police Department issued its own statement warning residents to avoid unnecessary travel to Mexico.