The immediate family of an incoming Mexican border-state governor allegedly has a long history of profiting from the Gulf Cartel, a series of documents obtained by Breitbart Texas revealed. The parents of the politician allegedly embezzled properties and money from a captured top boss and are currently under investigation for the use of shell companies to hide funds. 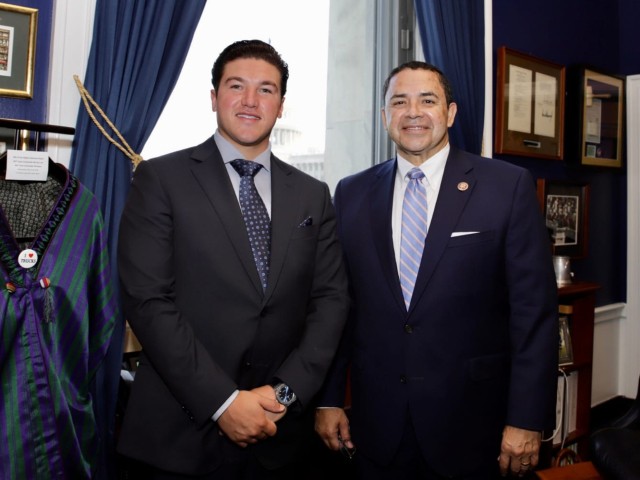 Samuel Alejandro Garcia Sepulveda, a former Mexican Senator with the Citizens Movement (Movimiento Ciudadano), won the gubernatorial election in Nuevo Leon in June and is expected to take office in October. Garcia is the nephew of former top Gulf Cartel boss Gilberto “El June” Garcia Mena who has been in prison since his arrest in 2001. Garcia denied interacting with his uncle claiming that he was only a child at the time. However, various Mexican court documents and intelligence files obtained by Breitbart Texas reveal that the politician’s parents profited from El June’s properties and money.

A series of Mexican court documents obtained by Breitbart Texas revealed that Garcia’s father Samuel Orlando Garcia Mascorro and his mother Bertha Silvia Sepúlveda Andrade allegedly used a series of legal maneuvers to embezzle a series of properties in the Campestre Huinala neighborhood in Nuevo Leon. According to file # 51,783 from the 18th Public Notary in Nuevo Leon the couple allegedly embezzled properties. Garcia’s mother is listed as the purchaser while Garcia’s father is listed as the attorney representing the seller. 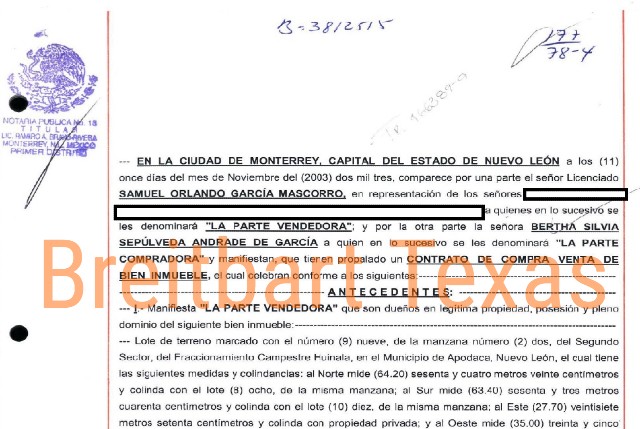 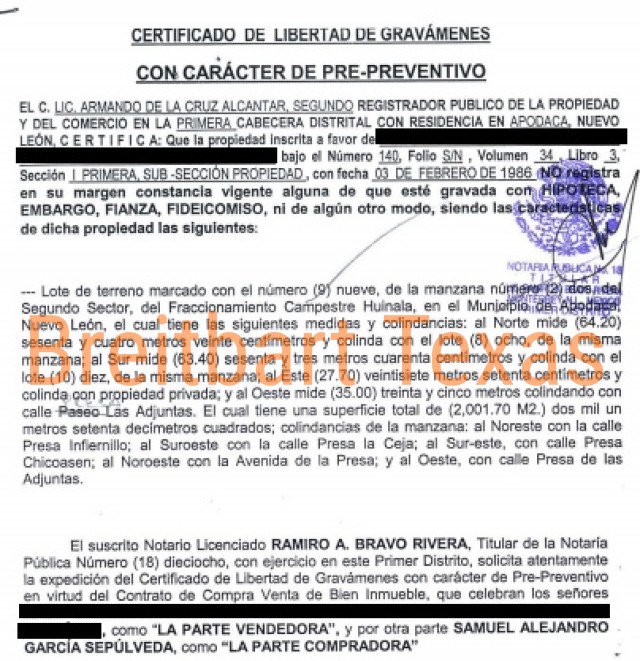 Garcia himself is also listed in some of those documents as the purchaser even though he was only 16-years-old at the time. 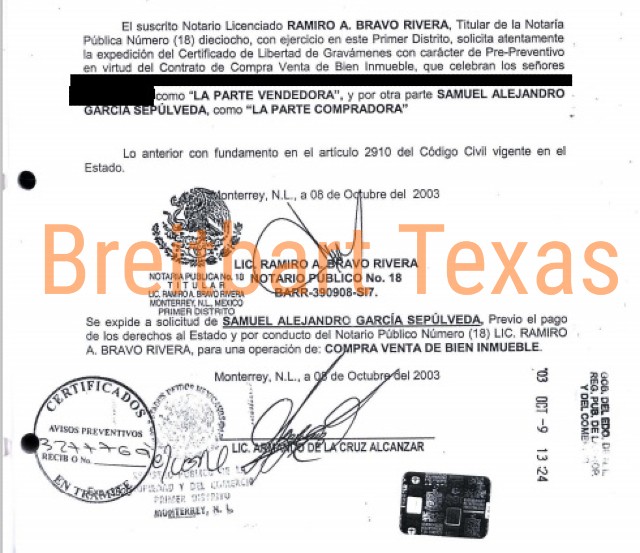 Additionally, El June’s brother Juan Antonio Garcia Mena and his wife have sued the politician’s father in a Mexican civil court for $1,500,000 pesos or $75,000 USD in connection with the embezzlement of properties.

U.S. law enforcement sources operating in Mexico shared documents with Breitbart Texas that revealed that even before the arrest of El June, Garcia’s father was identified by police as a frontman for the multiple businesses owned by the drug lord. The documents also reveal that after the arrest, the politician’s father kept accounts, properties, and businesses that in fact belonged to El June and his family.

Currently, Mexico’s Financial Crimes Unit is investigating Garcia on suspicion of money laundering, tax evasion, and the use of fake tax documents. Breitbart Texas obtained access to some of the documents that are part of the investigation. These documents claim that Garcia’s father is a frontman for El June. The document names the law firm Mascorro Garcia Firma Juridica S.A. De C.V., which belongs to Garcia’s father as one of the business entities under investigation. That investigation is tied to the alleged use of illicit funds during his run for governor.

During his run for governor, Garcia’s opponents published a video that showed him as a child at one of El June’s parties. In that video and in some related photographs, his opponents pointed to other drug lords in attendance at the party — including the former head of the Beltran Leyva Cartel, Hector Beltran Leyva. Garcia claimed that he was only a child when that video was taken and that he has had no connection with organized crime figures.