NORMANDY, Texas — In one large group, more than 170 migrants crossed the Rio Grande near the small West Texas community of Normandy. The group crossed the river early Monday morning and quickly surrendered to the Border Patrol after walking through a Pecan orchard. 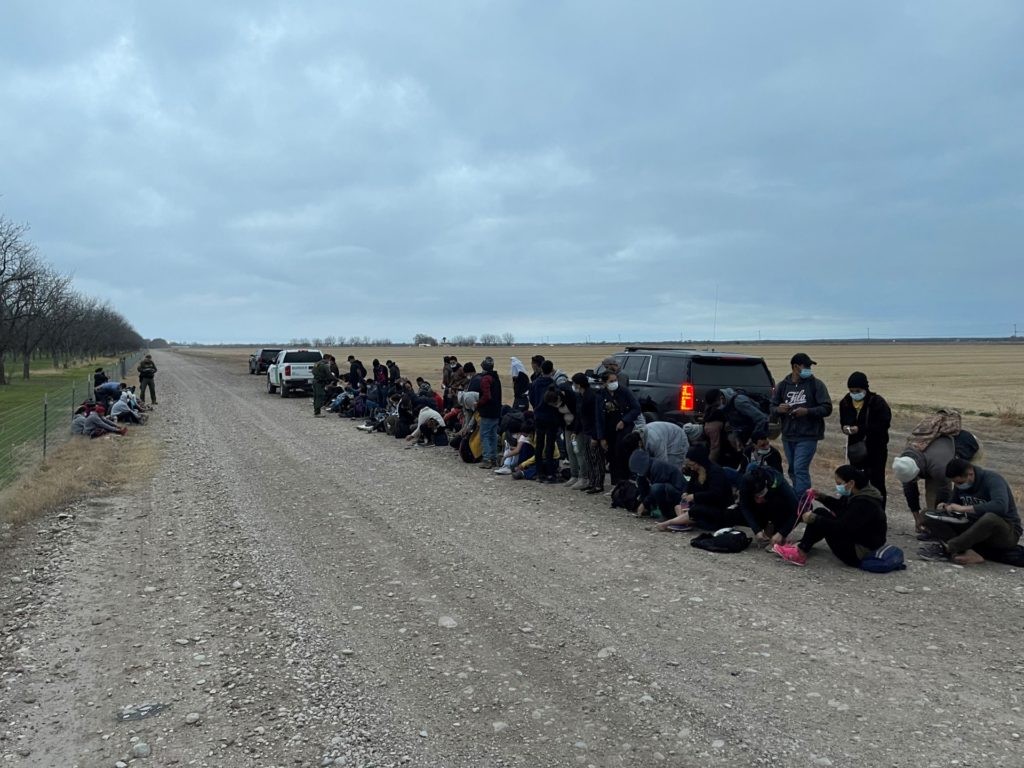 Border Patrol agents at the scene told Breitbart Texas most of the migrants were from Nicaragua. Agents say they have been dealing with the large groups entering through the orchard almost daily. Agents added they also identified some fraudulent family units mixed in with the large groups of over 100 migrants.

On Saturday, a group of migrants in excess of 200 crossed through the area in the early morning hours taxing local Border Patrol resources as they worked to quickly move the migrants to a processing facility in Eagle Pass, Texas, 20 miles to the south. The large groups and migrant crossings spread throughout the Del Rio Sector resulted in the sector leading the nation in Migrant apprehensions during the first weeks of 2022.

The small community of Normandy has been the site of multiple large migrant group arrests in recent months. With less than 100 residents in the community and no medical facilities nearby, Border Patrol officials expressed concern for migrant safety in the remote area. With freezing temperatures set to hit the area in the coming days, Agents say crossing the river will become more hazardous to the family units with small children.