Due to a noticeable increase in migrants and the removal of a makeshift camps, authorities in Reynosa are increasing police patrols.

The situation in Reynosa continues to worsen as hundreds of migrants arrive daily with hopes of crossing into the U.S. Most will turn to cartel-connected human smugglers to help them cross the Rior Grande and surrender to authorities in Texas.

On Wednesday, the City of Reynosa took down a makeshift encampment where hundreds of migrants stayed for months as they waited for their asylum claims in the U.S. to be heard. Some made their way to a migrant shelter, however, the facility soon filled up as as a thousand more waited outside to enter. 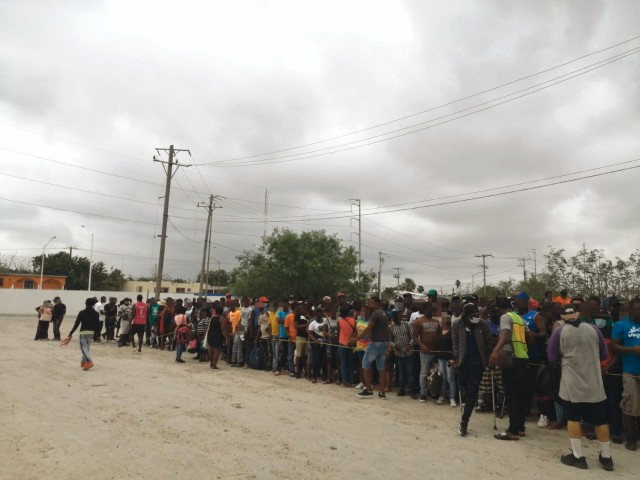 The Tamaulipas government revealed that they increased the presence of state police. According to authorities, the Senda de Vida shelter quickly filled with more than 1,600 migrants with more waiting outside.

U.S. authorities are seeing record-setting figures in migrant apprehensions since the start of the Biden Administration. With the expected end to Title 42 removals, authorities expect the number of migrant apprehensions to grow exponentially. This week, Hidalgo County Judge Richard Cortez (D) sent a letter to Biden, inviting him to visit before making a decision on Title 42. McAllen City Mayo Javier Villalobos (R) has also shared his worries with the public.