In a Milwaukee County Board Meeting on Thursday, Chisholm stated, “you had a young ADA trying to do the very best she could under really difficult circumstances, and she made a mistake.”

Chisholm did not identify the prosecutor by name, but court records indicate it is Michelle Grasso, according to the Milwaukee Journal Sentinel.

Brooks was out on bail awaiting trial for “a serious weapons-related offense” after bail in the case was reduced, Chisholm said.

“A time later, Mr. Brooks is arrested again, and this time it’s for a very serious domestic violence offense,” he went on to say. 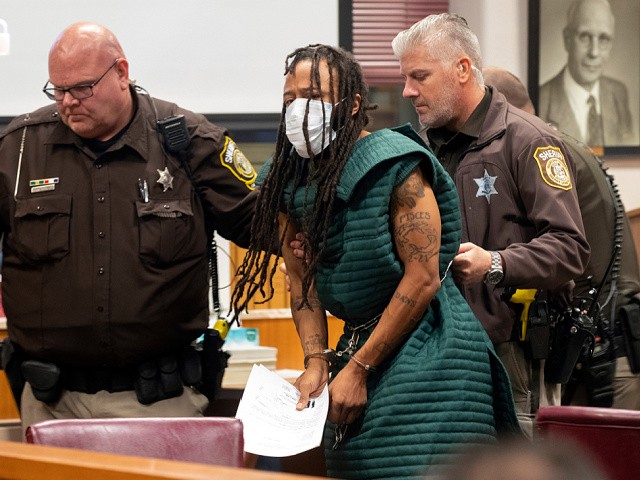 Darrell Brooks (C) appears at Waukesha County Court on November 23, 2021, in Waukesha, Wisconsin. Brooks is charged with killing five people and injuring nearly 50 after driving through a Christmas parade with his sport utility vehicle on November 21. (Photo by Mark Hoffman-Pool/Getty Images)

The case was then assigned to Grasso who has two-and-a-half years of experience, according to Chisholm. He added that she was in the middle of a two-and-a-half-day jury trial and had about two dozen felony cases to review.

The Milwaukee DA later stated that “there was a public safety assessment that was done that characterized this situation as a high-risk situation.”

In talking to the ADA, what she indicated is that she did not have access to that public safety assessment. It’s not because it wasn’t done, it just hadn’t been uploaded into our case management system. Given the volume of cases she was dealing with, given her jury trial she was working on, she simply charged the case, she looked at the previous bail, saw it that was $500 and she doubled it. That’s it. That’s a mistake. That’s human error. It set in motion a chain of events that resulted in a tragedy. And again, not trying to – not trying to lessen our responsibility for that, but that’s it.

The DA rebuffed calls for his resignation, according to Fox 6:

When things get tough, when tough things occur, the response shouldn’t be to quit, to run away from the problem. The obligation I have is to lead my people so they can continuing doing the work they do every single day, which is trying to keep people safe. 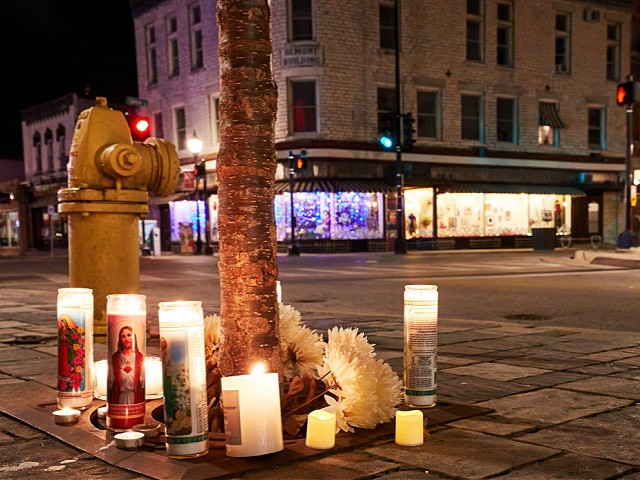 A makeshift memorial is pictured along the route of the parade on W Main Street in Waukesha, Wisconsin, on November 22, 2021, the day after a vehicle drove through a Christmas parade killing five people. (Photo by MUSTAFA HUSSAIN/AFP via Getty Images)

The board meeting included Patti Logsdon whose granddaughter remains in an intensive care unit following the attack.

“It’s been difficult,” said Logsdon, per Fox 6. “We need to be aggressive. This has to stop.”

The outlet asked her, “Should Chisholm pay a price?”

“We’re all human. We all make decisions that we regret,” Logsdon told the outlet. “I do think that he should be accountable.”