The Republican National Committee (RNC) claimed Democrat governors in charge of Virginia and New Jersey have let the states suffer long enough, noting that the gubernatorial elections are so close that states “do not need another four years of Democrat leadership.”

A press release from the committee’s research team argued that Virginia, which has been governed by a Democrat for the last four years in Gov. Ralph Northam (D), and former Democrat governor and current gubernatorial candidate Terry McAuliffe (D) the four years prior, should not remain in Democrat control for another term.

Virginia, under a Democrat, is in the bottom ten states (number 41) in terms of job recovery since the beginning of the pandemic with a 3.8 percent overall unemployment rate for the state as of the September data released from the Labor Department. In addition, the state is ranked 49 out of 50 for the best state to start a business.

During this time of year, businesses typically hire thousands of high school and college students for seasonal workers as the country heads into the holiday season, but reports show that Virginia businesses are struggling to maintain normal operations due to labor shortages, making this year one of the tightest job markets in decades.

A report from WTVR stated that struggling companies are relying on existing staff, which has become costly, forcing some businesses to cut hours. Another report from WTTG indicated that garbage has started to tower in the streets in Fairfax County, Virginia, due to a shortage of workers, with some neighbors having “five or six bags out.”

“Now is not the time for Terry McAuliffe’s tax hikes and rubber stamp for Biden’s job-killing agenda,'” the press release said, as reports show more Virginians are fleeing the state rather than Americans moving into it, which PolitiFact proved to be a true statement. When McAuliffe was governor the first time, the elite Washington Post published an article indicating the “commonwealth posted zero percent economic growth.” It was ranked 48 out of 50 among all the states. The report added:

Virginia [was] bleeding federal jobs, badly hampering its economic output. Cuts to the federal government, particularly sequestration, have battered defense contractors, who have also cut back.

From 2010 to 2014, the federal payroll dropped $1.16 billion, or 7.5 percent, causing consecutive monthly federal job losses in the commonwealth for more than a year, according to the Virginia Employment Commission.

Additionally, the committee’s research team argued that New Jersey, which has also been under a Democrat for the last four years, Gov. Phil Murphy (D), has continuously been ranked in the top ten for the highest unemployment rate.

New Jersey is currently among the bottom ten states (number 47) in job recovery since the beginning of the pandemic with a 7.1 percent overall unemployment rate for the state as of the September data released from the Labor Department. In addition, the state is ranked 47 out of 50 for the best state to start a business.

In New Jersey, under Murphy during the pandemic, nearly one-third (31.2 percent) of small businesses in the state closed because of the coronavirus pandemic, according to a report by Fox Business. The numbers are higher than the national average of 29.8 percent. Another report from NJ Spotlight News indicated that businesses are still having difficulty rebounding under the governor. “The stress levels are exceptionally high. You’ve lost a job, you’ve lost a business, you’ve lost a loved one. I can’t blame folks for being stressful,” Murphy said last year. 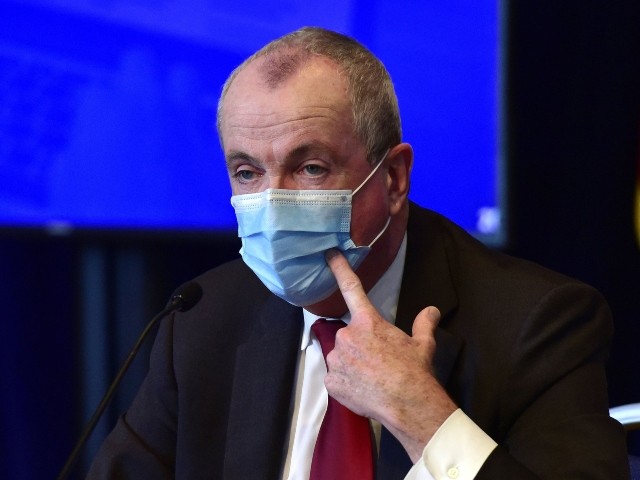 A Politico report showed that there is a shortage of school bus drivers in the state:

Amid a nationwide bus driver shortage, many New Jersey families say they‘ve been worn down by endless lengthy delays, no-show drivers and poor communication from districts. Three weeks into the school year, parents and school leaders say the shortage is becoming a crisis and they’re demanding the state take action.

It’s unclear how widespread the driver shortage is in New Jersey. The state Department of Education did not respond to multiple requests for comment or to answer questions about how many districts they’ve heard from with busing issues.

Under Murphy, the RNC pointed to a report from NJ.com, stating that New Jersey also has the highest tax burden in the nation. The report noted that New Jerseyans, on average, would pay almost half of their lifetime earnings in taxes, in addition to the state having the highest property taxes in the country:

Five of the 10 states with the highest tax burdens, including New Jersey, send more money to Washington than they receive in services, and a sixth broke even, according to the State University of New York’s Rockefeller Institute of Government. (West Virginia received $2.15 for every $1 paid in federal taxes.)

Five states, including New Jersey, would be the only states where more than 1% of their taxpayers would face a higher tax bill under Biden’s proposals, according to the progressive Institute on Taxation and Economic Policy.

And six of the 10 states, including New Jersey, saw their share of personal income taxes paid to the federal government go up under the GOP tax law.

Furthermore, with Democrats holdiong a one-party rule in Washington, DC, the Democrats, from President Joe Biden to Senate Majority Leader Chuck Schumer (D-NY) and House Speaker Nancy Pelosi (D-CA), are trying to push through extremist bills, such as the “reconciliation” package — which was once had a $3.5 trillion price tag, but in recent days has seen pushback from moderate Democrats not willing to vote on that high of a price — that Democrats have jammed as many far-left ideas as possible into it in hopes of passing a sweeping one-time bill.