The World Economic Forum sees a new risk to global stability — the likelihood that ordinary Americans and Europeans will block the organized transfer of 200 million “climate refugees” into their jobs, homes, and communities.

“More frequent and extreme weather events — including fires, floods, and droughts—could displace more than 200 million people by 2050 … [but] National-level barriers to the movement of people are increasing,” complains the World Economic Forum’s “Global Risks Report 2022.”

The report admits the public opposition:

Disillusionment with globalization has fuelled nativist discourses and national interest policies in many destination countries in recent years, … Many governments, reflecting popular attitudes, have expressed concern about pressures on education and healthcare services, housing capacity and local employment; for others, integration concerns have been a priority.

For example, Chile and Peru have reframed their migration governance mechanisms, which complicates access for migrant and refugee populations [mostly from Haiti] to essential financial and healthcare services. Meanwhile, restrictive policies originally grounded in public health concerns have not been rolled back, as indicated by sustained declines in issued visas for the United Kingdom and the perpetuation of Title 42 expulsions at the US border.

But migration is great for migrants, poor countries, cheap-labor employers, and investors, says the report, which was supported by two major investment firms, SK Group in Korea and Zurich Insurance Group in Switzerland. It continues:

Economic migration often has considerable benefits for both origin and destination countries. It is “the most effective way to reduce poverty and share prosperity”, according to a World Bank report …

Businesses in destination countries are at risk from a global worker deficit and demand-side shocks [loss of consumer sales] that could result from constrained migration. Migrant workers comprise an attractive consumer group that can contribute to developing domestic markets

The report is part of a larger political campaign to build government and business support for pulling many millions of “climate migrants” into the United States and Europe. Many U.S. advocacy groups are already pushing for population transfers — often under the guise of “climate refugees” — which could significantly increase revenues and profits for U.S. retailers and real-estate investors.

But the report admits climate migrants are just economic migrants: “Climate change is a key driver of migration. It displaces people directly because of natural disasters, and it can displace them indirectly by encouraging economic migration.”

Better international collaboration is required to manage these flows to ensure that economic migrants are not exposed to exploitation and that involuntary migrants—refugees—crossing into other countries receive the assistance and shelter that they need.

The report also threatens governments, saying that the governments which fail to manage the flows of migrants may cause political instability;

The report does not mention that pro-globalist groups fund most of the pro-migration advocacy groups in the United States and in Europe. 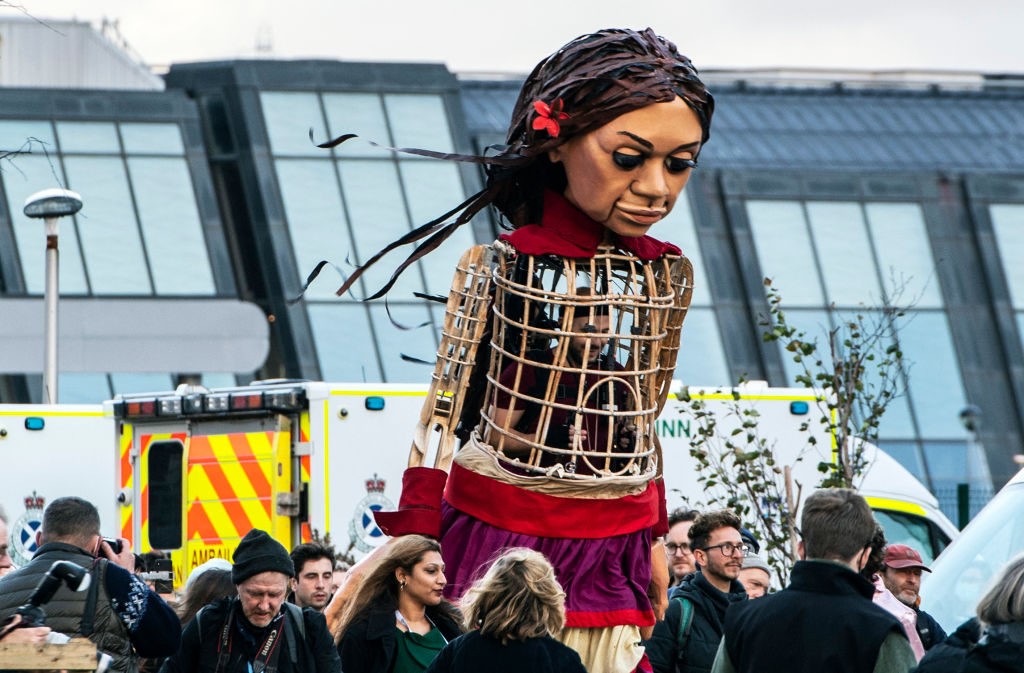 Little Amal, a giant puppet depicting a Syrian refugee girl arrives outside the Science Centre after a journey across the Millennium Bridge with activists following an earlier appearance at the COP26 UN Climate Change Conference in Glasgow on November 9, 2021. ( ANDY BUCHANAN/AFP via Getty)

Admittedly, lots of migrants are going to be killed by government-encouraged migration, the report notes:

These perilous journeys can also lead to tragic loss of life, such as when people become lost at sea or face harsh weather while stuck in borderlands. At the time of writing, nearly 4,800 migrants were estimated to have perished or gone missing in 2021, most of them trying to reach Europe from Africa.

Nonetheless, there is a silver lining, according to the report: “The global community could … build goodwill across geopolitical divisions by strengthening collaboration mechanisms for refugee intake.”

Many polls show that Americans strongly oppose labor migration even as they also want to like immigrants and to allow some immigration.

But the bipartisan federal government has exploited the public’s decency since 1990 to extract tens of millions of migrants from poor countries to boost U.S. businesses as workers, consumers, and renters.

That economic strategy is harmful to ordinary Americans: It cuts their career opportunities and their wages while it also raises their housing costs. The extraction-migration policy also widens regional wealth gaps nationwide. 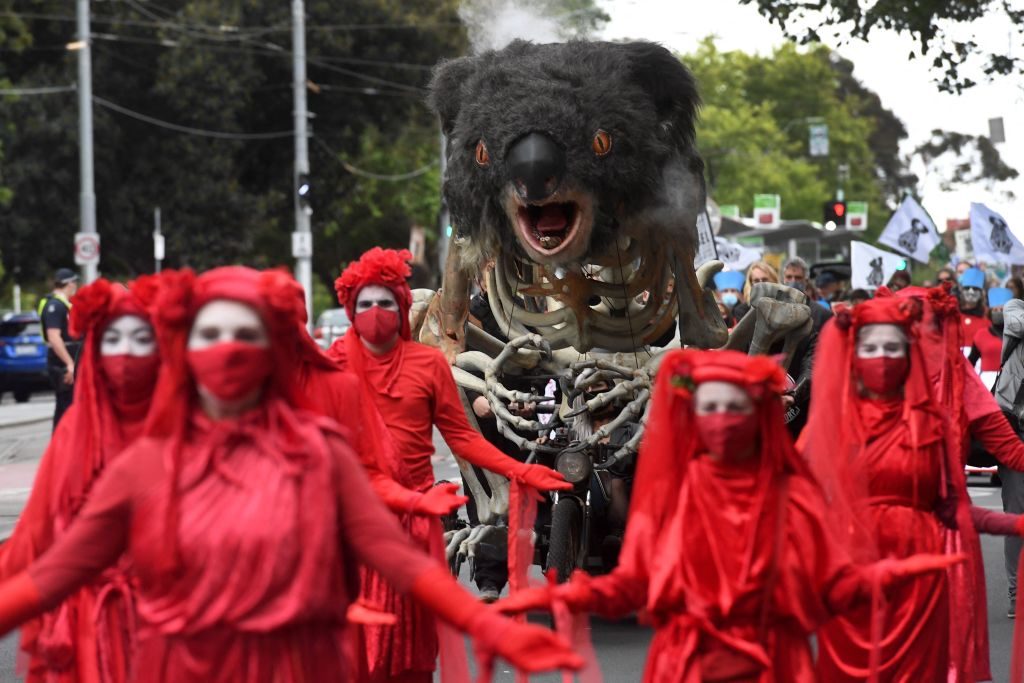 An art piece depicting a burning koala is displayed during a climate change protest in Melbourne on December 9, 2021. (WILLIAM WEST/AFP via Getty)