President Joe Biden’s pro-migration homeland security agency is quietly preparing to open the nation’s borders and jobs to economic migrants who claim to be stateless.

“U.S. Citizenship and Immigration Services [USCIS] invites you to participate in a [March 8] listening session … for stakeholders to provide individual feedback on immigration protection for stateless individuals living in the United States,” a February 25 email from the USCIS branch of the Department of Homeland Security said.

“Statelessness presents significant humanitarian concerns that require a careful and thoughtful response specifically tailored to the distinct and diverse needs of stateless persons,” according to a December 15 statement by Alejandro Mayorkas, the pro-migration former immigrant who now runs DHS. “DHS is committed to …  enhance recognition of, and protections for, vulnerable populations, including stateless individuals within the United States.”

Mayorkas did not mention Americans’ right to preserve their own national labor market. 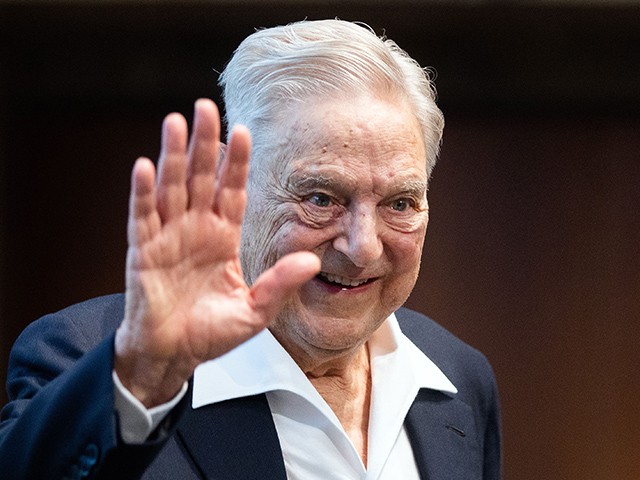 “They’re creating something that appears to be humanitarian in an attempt to increase immigration by any means necessary,” Jon Feere, who served as chief of staff at ICE from January 2017 to January 2021, said. He told Breitbart News:

Obviously, there is a humanitarian aspect to a person who is truly stateless, and these are rare. But if DHS builds up their infrastructure around the concept of statelessness, I have no doubt that suddenly they will be able to discover a lot more people who claim to be stateless. … [Migrants] respond to messaging, and if the message is, “The United States is going to allow you to work here and live here, even in unlawful status,” more people will arrive unlawfully.

“Does a person who comes across the border with no documents fit the definition for their definition of stateless?” Feere said, after noting that migrants can drop their documents into the Rio Grande.

There’s an entire industry that’s grown over the past few decades that appears humanitrian on the surface but is really driven by cheap-labor corporate interests, and I’ve no doubt these profiteering companies are funding these groups [and] these alleged humanitarian efforts.

The United Stateless group is funded by the United Nations, the “We Are Home” progressive coalition, Steve Jobs’ billionaire widow, and other groups that get donations from corporate profits.

The United Stateless group offers a very broad vision of statelessness where group members are “experts of their own experience” and where: “we embrace bold inclusivity over the racism, religious discrimination, xenophobia, prejudice, and gender inequality that divide humanity and perpetuate statelessness. … We celebrate our growing family, that always has room for one more.”

The group is run by a woman who was ordered to deport herself in 2001.

The group demands Americans “create a process to provide a path to U.S. Citizenship for all stateless people who qualify and reside in the U.S., regardless of immigration status.”

The March 8 event comes as many Ukrainians flee the Russian invasion to next-door Poland — and as a growing number of pro-migration groups urge the federal government to designate Ukrainians as refugees who will take the low wages offered by cost-cutting employers.

“The refugee resettlement system is precisely how we protect vulnerable populations, whether they are from Afghanistan or Ukraine,” Krish O’Mara Vignarajah, president of Lutheran Immigration and Refugee Service, said. According to Vignarajah, whose organization is paid by the federal government to settle diverse refugees in American communities damaged by outsourcing, free trade, or prior migration, “‘Protecting the displaced cannot merely be an afterthought.”

The push to create a loophole for people who claim stateless status is just many ways in which Biden’s deputies are opening doors to myriad job-seeking migrants. 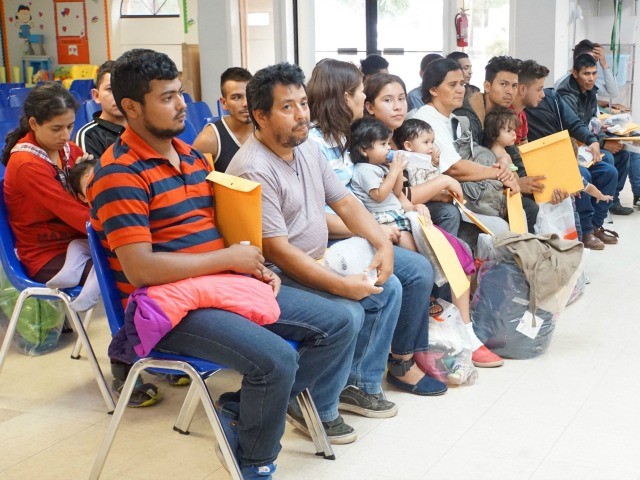 Edilberto Garcia, (2nd from the left) sits among other migrants soon after arriving at a humanitarian center in the border town of McAllen, Texas, on June 14, 2018 (LEILA MACOR/AFP/Getty Images).

Federal law limits the inflow of legal immigrants into the United States to about one million per year.

But pro-migration officials admitted roughly one million extra migrants across the southern border in 2021 while declaring the migrants are not covered by federal laws requiring asylum seekers to be detained until their asylum claims are decided.

Officials are also inviting many additional foreign migrants into the United States under legal claims that they deserve family reunification, that they were veterans of the U.S. military, that they are abandoned children, or are “unaccompanied alien children.”

Officials also welcome migrants from long-ago disasters or recent military defeats, and they argue that companies want them to fill jobs. They argue that job-seeking migrants are merely students in search of additional training and that the United States is a “Nation of Immigrants” or a “Nation of Welcome.”

Officials, too, are developing arguments to admit more migrants as “climate refugees,” and they also insist that illegal migrants cannot be sent home because of “justice and equity.”

Since at least 1990, the federal government has tried to extract people from poor countries so they can serve U.S. investors as cheap workers, government-aided consumers, and high-density renters in the U.S. economy.

Extraction migration also curbs Americans’ productivity, shrinks their political clout, and widens the regional wealth gaps between the Democrats’ coastal states and the Republicans’ Heartland states. The economic strategy also kills many migrants, separates families, and damages the economies of the home countries.

Congress needs to assert its constitutional authority over the self-serving agencies as they try to carve new legal loopholes in Americans’ borders, Feere said:

The biggest problem is that Congress has given up much of its authority over immigration to the [White House’s] executive branch. And when you have people in power whose only interest is mass immigration — legal or illegal — you get what we’re experiencing right now, which is a porous border, a massive increase in people who are going to have to be deported at some point, and no increase in resources to actually enforce any of the [immigration] programs.

The wealth-shifting extraction migration policy is very unpopular, according to a wide variety of media-ignored polls. The polls show deep and broad opposition to labor migration and the inflow of temporary contract workers into jobs sought by young U.S. graduates.

The opposition is growing, anti-establishment, multiracial, cross-sex, non-racist, class-based, bipartisan, rational, persistent, and recognizes the solidarity that Americans owe to one another:

In post-recession Dayton, Ohio, bolting companies have left behind poverty and food insecurity — even for those with jobs.@frontlinePBS and @ProPublica chronicled the struggles of Dayton's working poor in a new film airing tonight on most @PBS stations. pic.twitter.com/jB8OndDUyM