Pop culture matters … a lot. In fact, pop culture is everything. Movies, of course, are the ultimate in pop culture — a combination of almost every known art form turned into a powerful fury of sound and image that impact everything from t-shirt sales to politics to how we see ourselves as men, women and Americans.

Some movies damage our culture. Some have no discernible impact. Some have a positive impact.

The “Fast and Furious” series stands as one of the biggest and most popular in the country and world. Seven chapters in, the cars-girls-muscle franchise is more popular than it’s ever been, and here are eight reasons why that’s good news for America:

The arc of the “Fast and Furious” characters through the last 14 years has been one of the most fascinating parts of the franchise. In the original “The Fast and the Furious” (2001), the dynamic was basically a remake of “Point Break,” but with street racing outlaws instead of surfer outlaws. 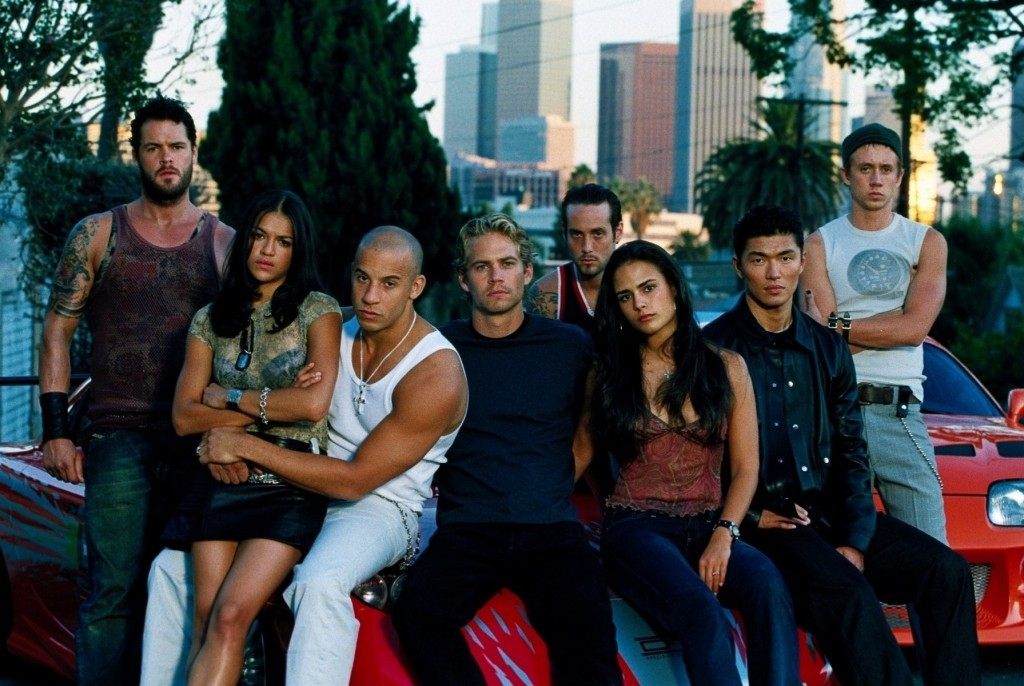 Vin Diesel’s Dominic Toretto, his girlfriend Letty (Michelle Rodriguez), sister Mia (Jordana Brewster), and the rest of the crew began as charismatic thieves. The job of bringing them down went to Brian O’Connor (the late Paul Walker), who naturally fell in love with Mia and came to admire Dom’s free spirit and honor code.

By the end of the fourth film, “Fast and Furious,” Dom is more of an anti-hero than anything else. Nevertheless, by the time the credits roll, Brian has turned his back on the F.B.I. and joined his criminal friends as a fugitive.

Destiny has a long arc, though, and as things stand now our anti-heroes are full-blown heroes who have earned full pardons and now work on the side of the law.

What a wonderful thing it is, what a wonderful message it sends, to have a major film franchise create a racially-diverse extended family without ever mentioning race. 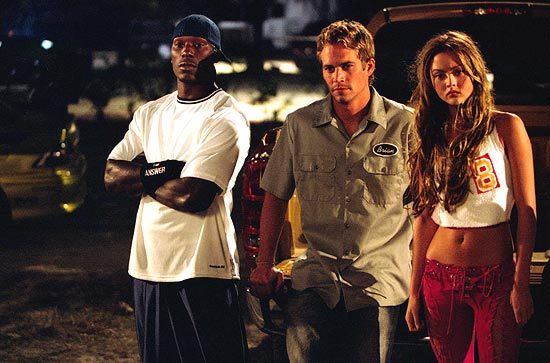 That’s what life is really like in America. Despite the media’s serial lies, in reality we all get along perfectly well and stopped seeing each other’s skin color years ago.

A movie that reflects that normality is as healthy as it is unique.

Without irony, our heroes pray to God before meals; they thank Jesus and do the sign of the cross. 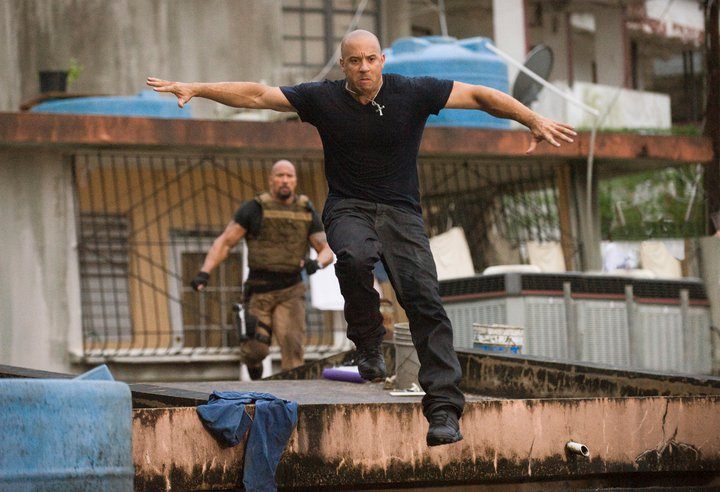 This is handled as normal, not bizarre behavior.

Every film starring the original cast (meaning not 2 &3) drives home a theme about the importance of family. Pregnancies are blessed events. Babies are gifts from God that deserve the highest priority. Monogamy brings happiness. Second chances and forgiveness always await. 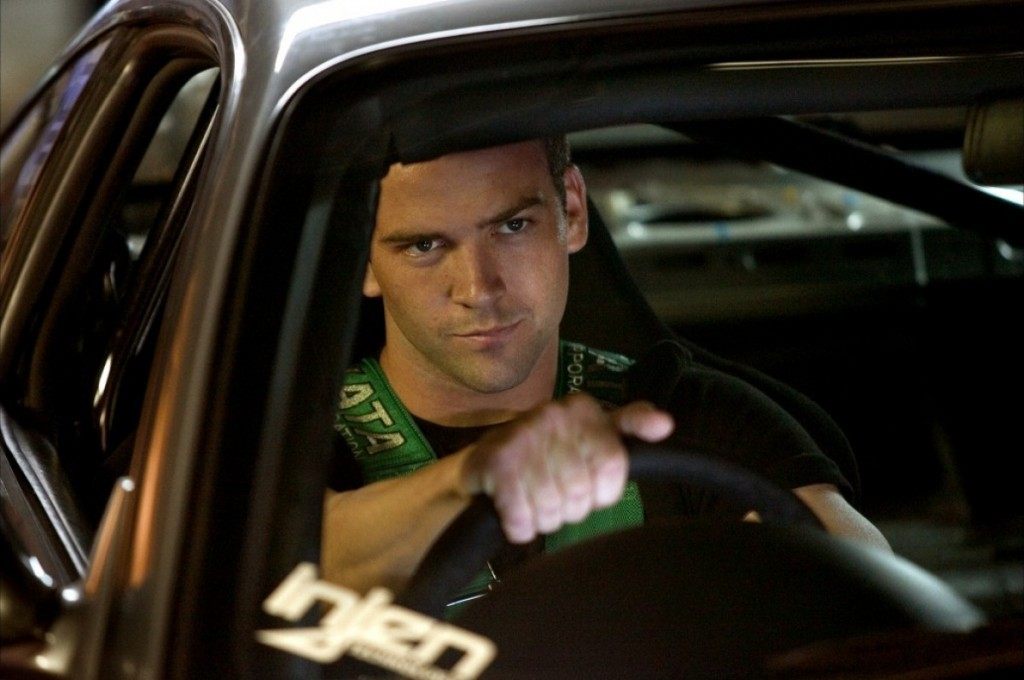 Dom’s blood family and extended family are one in the same. Everyone has everyone’s back and whoever sneaks food before Grace says Grace.

In the libertine racing world Dom and Brian inhabit, they are constantly surrounded by impossibly hot and willing women. They not only faithfully go home to Letty and Mia every night, they’re not even tempted.

A well-crafted film can explore moral themes through characters that commit immoral acts. Other than my faith, individual freedom is a value I hold higher than any other, and this is the theme that drives the first five films more than any other. 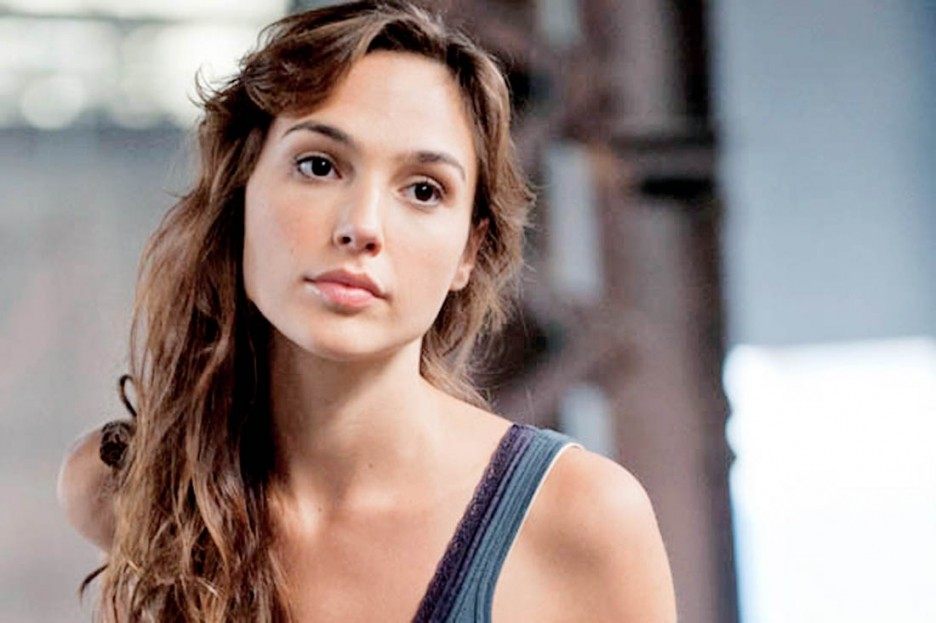 Like many of the cinema’s greatest anti-heroes, Dom, Letty, and Mia live outside the law. The films, however, are not justifying or even making glamorous their criminality. The proof of this is that while we admire their free spirits and refusal to conform, we also root for them to reform their criminal ways.

Dom represents the best of America, and a dying breed in Hollywood: the rugged, stoic, masculine American individualist with his own honor code. Dominic Toretto is Gary Cooper, John Wayne… He may live in East L.A., but he’s really a cowboy roaming the West living by his own rules.

In a pop culture world where a disturbing faith in government, narcissism, and ironic distance are treated as  values, this healthy old-fashioned message that you gotta be your own man in this world, is something worth cherishing.

No politics. No social agenda. No speeches about Iraq, health care, immigration, gay rights or gun control. Nothing divisive. No agenda other than knocking your socks off with big, bold and beautiful entertainment. 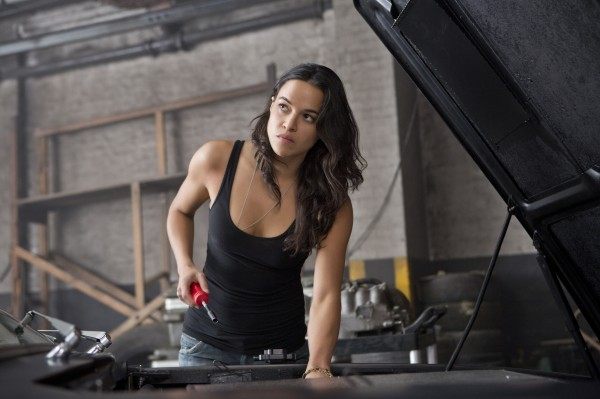 These movies are an absolute blast to sit through. The spell is never broken with a preach.

The men are men doing what men gotta do.

The women are strong, independent, tough as nails, but most of all beautiful and feminine. 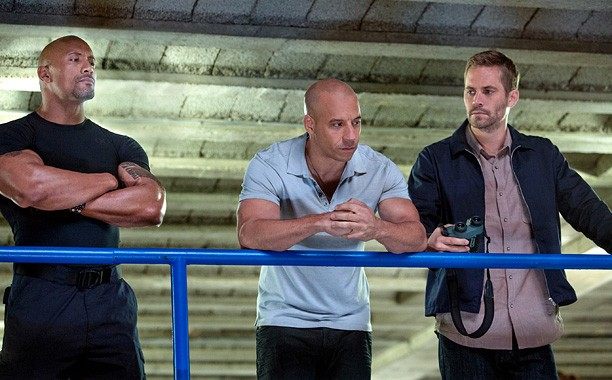 I’m so tired of the intellectual, metrosexual action hero, I could cry. Even worse are women in films who believe being tough requires they act like men or degrade themselves sexually.

Sorry, but the sexes are different. The “Furious” franchise recognizes that without diminishing or degrading either gender. The best in both are constantly on display.

Best of all, the women are treated with respect and respect themselves.

There is no more important message to the human spirit than the one that reminds us redemption is always one decision away. We can always be better. We can always make it right. Through selflessness and just being decent to one another, a second chance awaits. 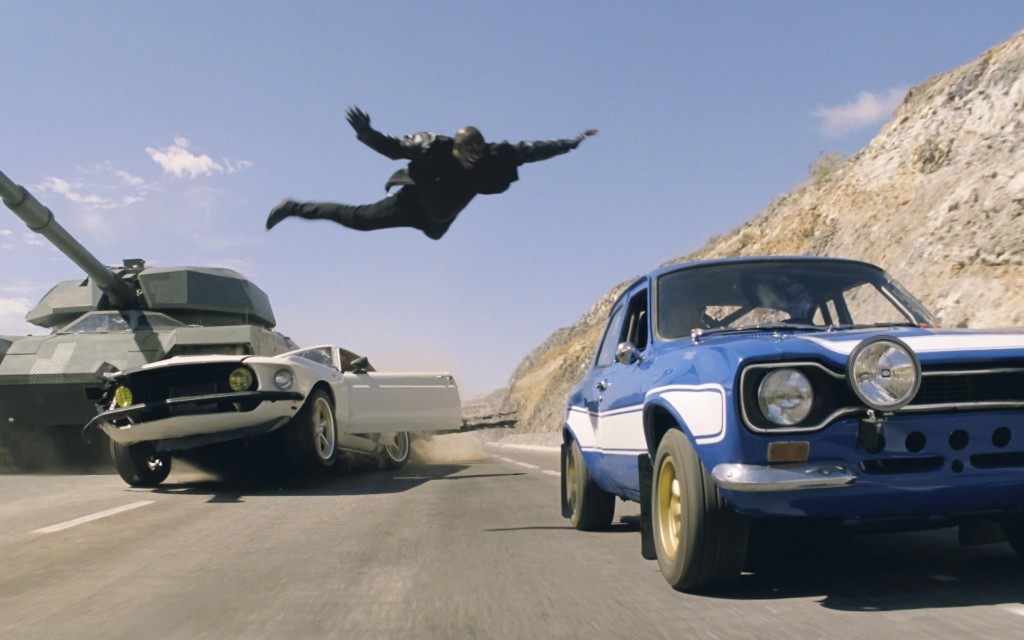 There’s no way the people behind the “Fast and Furious” series would have ever guessed that they would have 7 chapters to take these characters through. In the end, though, that’s what they did have, and a conscious choice was made to bring them back to the right side of the law through selfless heroism.

No one sold out. They stayed true to themselves, grew up a little bit, and learned how to make it work.

It doesn’t get any more American and independent than cars.

Go ahead and laugh. Write these movies off as dumb, loud disposable throwaways. The fact is that there are few things bigger in popular culture than the “Fast and Furious” franchise. Millions will see it at the Cineplex. Millions more will see it on home video. This series is now a major part of our cultural lives and the lives of our children.

Ultimately, all pop culture is in some way a piece of propaganda, and this piece of it is both awesome entertainment and culturally healthy.