This review is late because I was on vacation.

Every prediction made by the Global Cooling Global Warming Climate Change hoaxers has proven to be a hoax. The planet is not warming. Hurricanes have not gotten worse. The Arctic ice is not melting away. In fact, we’re about to hit a cooling period. Climate Change is nothing more than the latest con designed by the Left to give central government, and the very few elites who control it, even more power to control our lives.

Climate Change is a lie.

And Disney and director Brad Bird and star George Clooney have poured $200-plus million into a box office bomb to spread that lie — to hector and shame the skeptical mind that dares read, think, and  question Power before slavishly handing over our liberties. Worse than that, “Tomorrowland” blames the rebellious individual-thinker for getting in the way of saving a “doomed planet.”

A better title for “Tomorrowland” would have been “Submission Is Cool.” 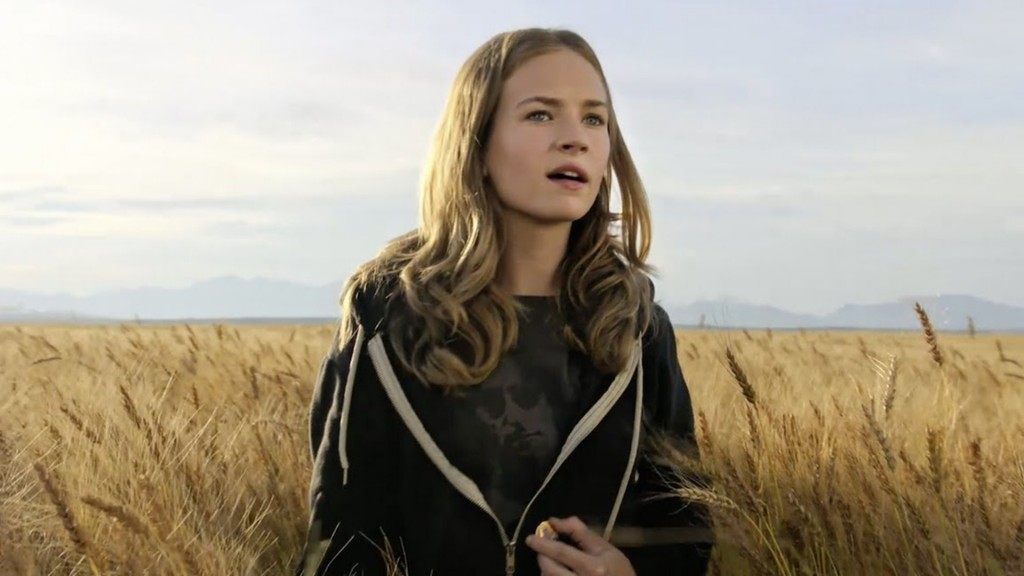 It is almost impossible to believe that the same Brad Bird, who so beautifully celebrated the dignity and right of the individual in “Rataouille” (2007) and “The Incredibles” (2004), would not only fall for the Climate Change hoax but devote his genius and talent to attacking those of us who haven’t.

In its first few minutes, “Tomorrowland” proudly announces its anti-human intentions (or anti-any-human-who-isn’t-superior-like-George-Clooney-and-Brad-Bird intentions) by blithely spreading the noxious, supremacist myth that overpopulation is a problem. This, from a movie that over its shelf-life will eat up more resources and spew more C02 than a small city.

“Tomorrowland” also isn’t a very good movie-movie. Too preachy. Too cynical. Too smug, to be sure, but also episodic, a bit confusing, and definitely anti-climactic.

There’s a place called Tomorrowland that exists in another dimension. Everything is good and wonderful there. Only the best minds are allowed in — call it intellectual supremacy — the rest of us slobs have to live here on earth. In 1964, boy genius Frank Walker (who will grow into George Clooney) receives an invitation to Tomorrowland. He will later be summarily deported back to earth. 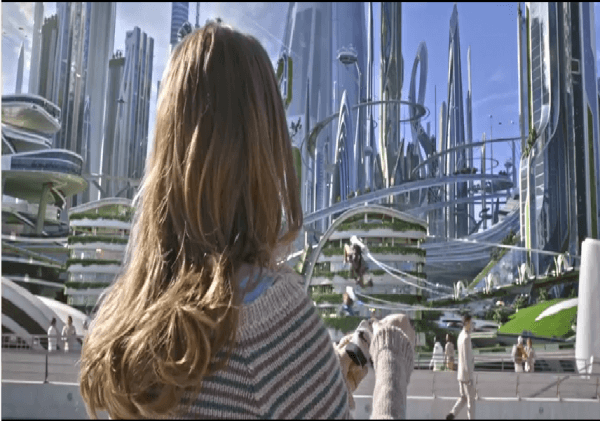 In the present-day, Casey (Britt Robertson) is something of a teenage terrorist who uses her scientific genius to regularly sabotage the construction cranes dismantling a NASA launch pad near her house. After she bails out of prison, in her belongings, Casey finds a pin. Every time she touches the pin, she sees Tomorrowland. Casey eventually figures out a way to visit Tomorrowland. This small taste sends Casey on a journey here on earth that doesn’t really begin until she arrives at Frank Walker’s doorstep, who has grown into a crotchety old man living alone with a doomsday clock.

Apparently, the only way to save the world is to find a way back to Tomorrowland. Casey is special. She can fix it — whatever “it” is — so with killer robots on their tail, off they go.

After 40 or so meandering minutes, “Tomorrowland” finally begins to resemble a good movie with the arrival of Clooney. He’s funny, brings energy to his scenes, and for about 30 minutes kicks the plot into high gear. The gadgets and ideas and chases in this sequence are all exciting and imaginative. Then we arrive in Tomorrowland and it’s right back to talk-talk-talk-preach-preach-preach.

Tomorrowland’s design is also a disappointment — sterile, stark, uniform, blah; something imagined by the machines in central planning. We’re supposed to feel the pull of Tomorrowland’s appeal. The problem is that there is none.  Tomorrowland is crowded and hectic. 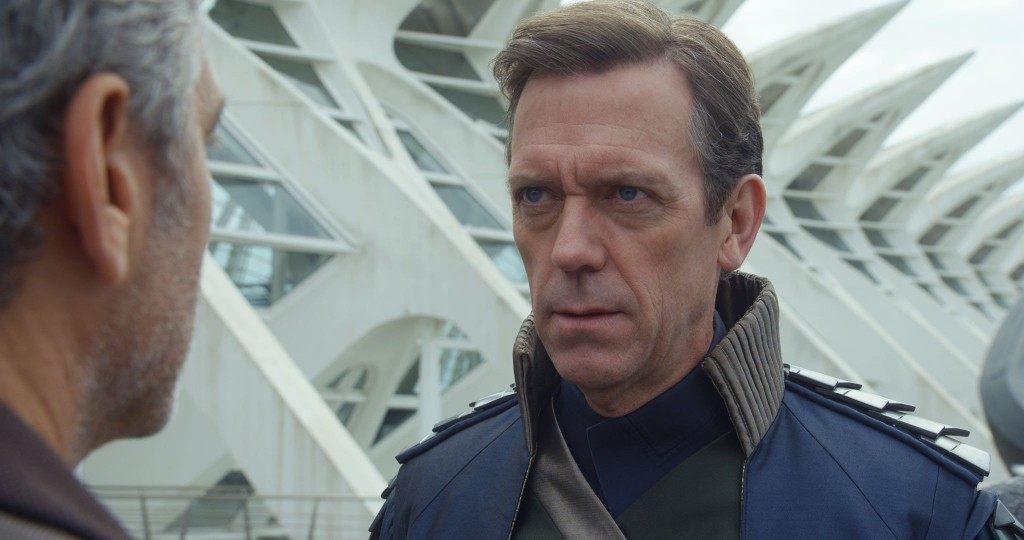 From a storytelling point of view, the script (co-written by Bird and Damon Lindelof) teases out its mystery for way-way-way too long. At first you’re intrigued, then impatient, then just plain annoyed. You want to get past the mystery and get on with The Mission. The mission, sadly, is a real letdown. And it’s confusing. I suspect they blew up Fox News or something. Just don’t quote me on that.

“Tomorrowland” flopped over Memorial Day weekend, and the now the knives are out for all the wrong reasons. The problem isn’t that “Tomorrowland” is “original” (meaning: non-sequel, non-franchise, etc.), the problem is that the trailer stunk, the divisive George Clooney (whose growing into a fine actor) has never been a bankable star, and no one knew what the movie was about.

And let’s not forget that “Tomorrowland” is in fact a beloved brand. And not just any brand — a Disney brand. The last time Disney turned a theme park attraction into a movie, “Pirates of the Caribbean” broke box office records. Let me sharpen this point by reminding everyone that the biggest box office hit of last year, “American Sniper,” was an original, as were “Guardians of the Galaxy,” “Interstellar,” “Big Hero 6,” “Neighbors,” and “Lucy” — box office hits all.

After suffering through the lecture that is “Tomorrowland,” my opinion of Bird’s Pixar masterpieces, “Rataouille” and “The Incredibles,” might be forever altered. Was he truly celebrating the dignity of the individual, or was he celebrating a kind of supremacy?

What I wouldn’t give right now for one of those “Men In Black” mind-wiper-thingies.