After months of a controversial storyline in which Marvel Comics turned Captain America into a fascist dictator in a reality where World War Two was won by the evil, Nazi-like organization Hydra, Marvel is dumping the storyline and returning the Captain to being a hero.

Saying that their plan all along was to return Captain America to being the shining light of Superhero-dom, Marvel is to release Issue #10 of its Secret Empire series which until now has featured a savage, fascist Captain America lording over an America run by the evil Hydra.

The much-criticized series by writer Nick Spencer has featured schoolchildren giving Nazi-like salutes in grade schools and the nation enthralled with fascism. 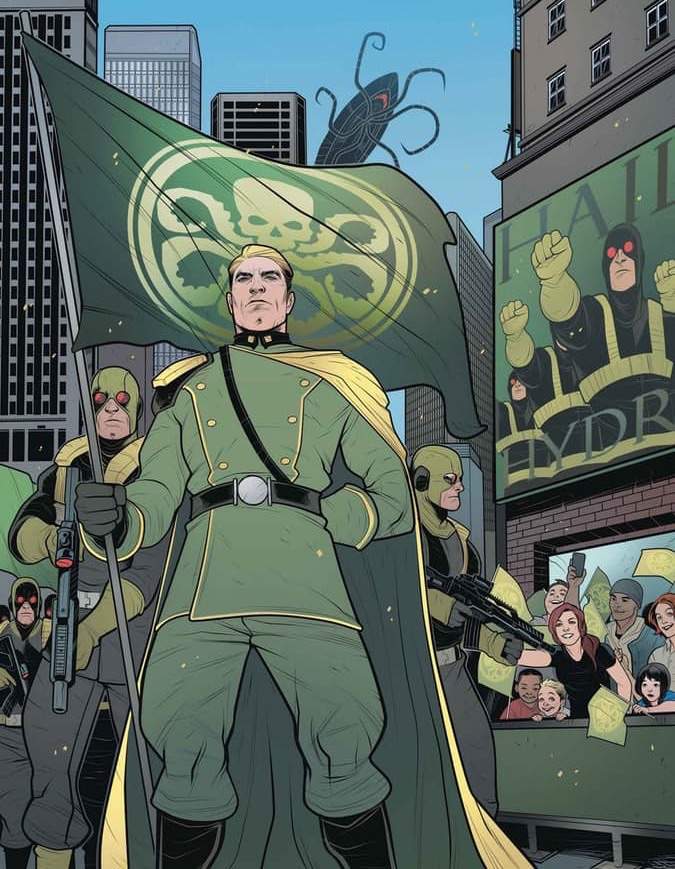 The company insists that the storyline was never meant as a commentary on current events because it was long in the planning stages before the current unrest perpetrated by Antifa groups, militant anti-free speech activists, and Black Lives Matter protesters in the streets and on college campuses across the nation.

But despite the disclaimer, many fans and media figures criticized the storyline based on their take on the state of the country today.

According to ScreenRant.com, Marvel Comics has revealed certain key plot points that will put an end to the evil Cap and bring back the sterling Steve Rogers that we all know and love.

Page art released by the company reveals that our Red, White, and Blue-clad avenger will return to destroy the yellow and green-garbed Captain America imposter with one mighty blow of Mjolnir, that famed hammer that only “the worthy” can wield.

There is far more to the story, of course, but these are the points Marvel released ahead of Issue #10, likely in hopes that comic book fans would learn that the controversial evil Cap storyline was finally being put to rest.

“We understood the story would challenge readers, but we also know how it ended. We also thought the story had something important to say about democracy, freedom and the core American values that Captain America embodies,” editor-in-chief Axel Alonso told The New York Times.

Still, the story caused much consternation among comics fans. Indeed, according to the Times, Spencer even suffered death threats for turning Captain America into a fascist monster.

This is far from the first time the nearly 80-year-old comic book company has turned Captain America toward controversy.

In 2010, the company drew criticism for featuring Captain America as a critic of the Tea Party movement. In one book, for instance, tea partiers were portrayed as anti-American and dangerous mobs that “hates the government.” Tea partiers were portrayed as just as evil as the anarchist group that Captain American and his sidekick, The Falcon, were trying to infiltrate and destroy.

Marvel later apologized for the slight and promised to remove the offending segment from future compilations of the storyline.