Comedian and left-wing activist Sarah Silverman claimed “patriotism is perverted,” called President Donald Trump “childish,” and mocked what she called the “Christian fringe” in an interview to promote her new Hulu television series this week.

In the first season of her 10-episode variety show, I Love You, America Silverman said there are “two kinds of patriotism.”

“The right has perverted the meaning of being liberal, or being feminist. Even “social justice warrior” is an insult. We pervert language so much,” Silverman said in her interview with Vice. “Patriotism has always been a bit owned by the right. The last disillusion on all of our parts is that there are two parties, and they’re made up of two very different kinds of people. I have to think that oligarchs and billionaire wealth addicts aside, for the most part, are more alike than we think. We’re just getting our news from outlets that are telling us different types of stories.”

“Patriotism is perverted,” Silverman continued, adding that, “we’re not on the same page of what it means. To me, being patriotic is loving your country — being a citizen, having a voice, being E Pluribus Unum. How perverted it is to go from “We are one” to “We are number one,” which is such a childish idea.”

The Hulu host continued by bashing Trump, saying, “There’s a difference between childlike and childish. The president is childish. He was stunted around eight years old –– maybe something traumatic happened –– but he stopped growing emotionally. And yet, he got all the way to the presidency.” 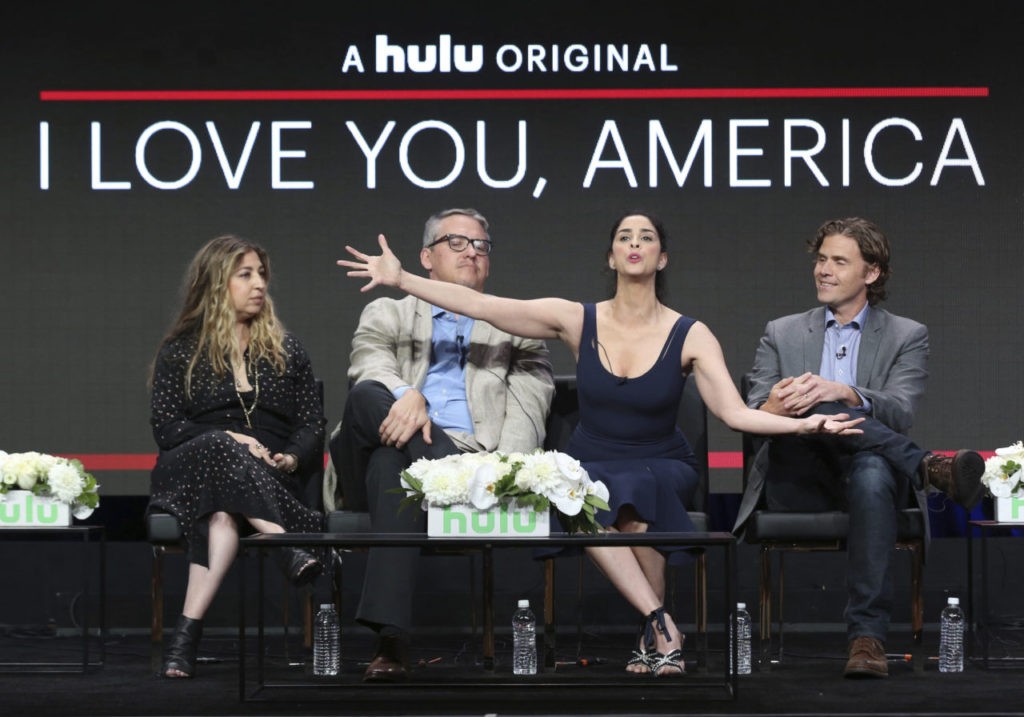 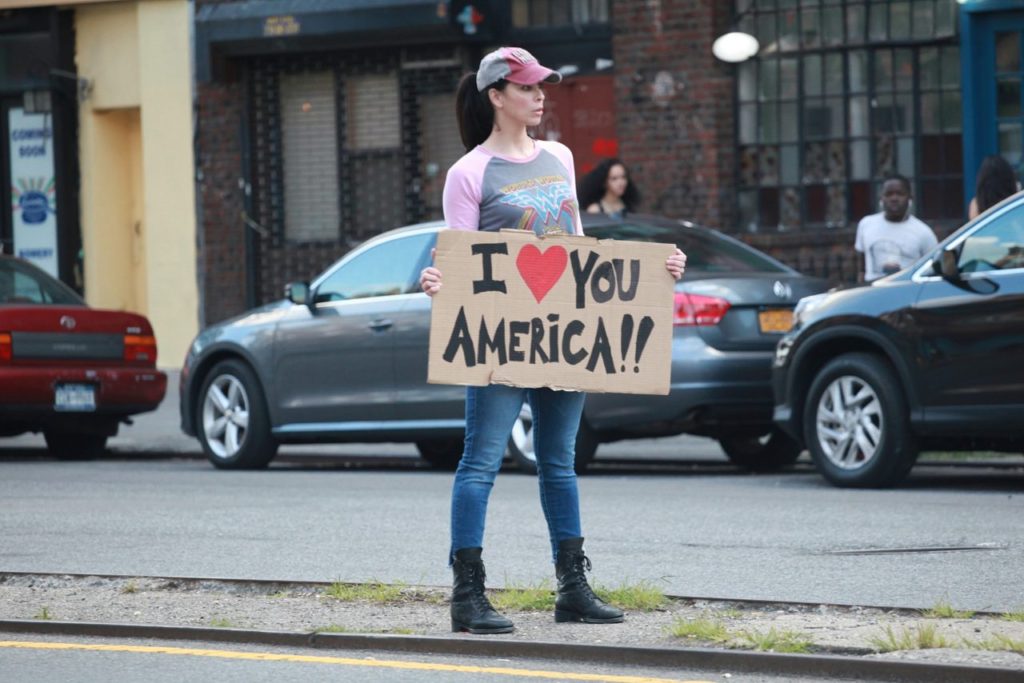 Silverman’s Hulu series sees the comedian travel across the country to meet people with different political views, in an attempt to find common ground with them on various topics. Last month, she said she “fell in love” with Donald Trump voters while traveling the country to film her new Hulu series.

Asked, however, what religion means to the concept of the America she has seen, Silverman said she sees the “Christian fringe” people who supported Republican U.S. Senate candidate Roy Moore “as fringe the way I see ISIS as fringe.”

“But when we look at the fringe as a whole, it’s dangerous,” Silverman said, adding, “that’s why there’s the Muslim ban. They’re taking a tiny fraction of a people that’s loud and making it the entire people. That’s dangerous.”

Silverman said, “The left often does that with the religious right. The religious right is not all of religion. The notion of religious freedom used to be this beautiful notion that all religions can come here and practice. What it’s become is legal homophobia — or racism.”