To the naked eye, the Walt Disney Company appears infallible. This is, after all, the company that owns Marvel, Pixar, Star Wars, and its own indelible brands; this is the company that ate up 22 percent of the box office all by itself last year, and with this year nearly half gone, has gobbled up an incredible 34 percent. Obviously, everything Disney touches turns to gold.

You remember them, right?

The motive was propagandizing our children. The weapon was left-wing politics.

Disney purchased the Muppets in 2004, but it would take another seven years for the bludgeoning to begin, starting with 2011’s The Muppets, the first Muppet movie in 12 years.  Everyone was excited about the return of the Muppets, I know I was, but then we learned that Disney’s Muppets had something they wanted to say. Oh, not about the things the Muppets usually had something to say about — you know, friendship, loyalty, teamwork. Nope…

Disney’s Muppets wanted to scold us about Big Oil, and Big Corporations, and the environment.

The Muppets were woke, y’all, and while the movie did okay at the box office ($88 million domestic) — with that $45 million budget, the Muppets probably failed to break even.

Although the movie had already, and quite stupidly, dropped our once-beloved Muppets on to the razor’s edge of the culture wars, Disney decided to put the pedal to the metal. First, the Muppets proved they opposed religious freedom by dumping on Chik-fil-A over same sex-marriage, then Kermit and Ms. Piggy suddenly emerged as boorish left-wing pundits who told crude sex jokes, trashed Fox News, came out as feminists, even as pro-abortion.

The damage, to the surprise of no one who lives in the real world, proved absolutely fatal.

Muppets Most Wanted, the $50 million 2014 sequel, was a box office catastrophe, earning a pathetic $51 million. Kermit and Company then moved back to television, to the arena of their greatest triumph, The Muppet Show, which ran for five iconic seasons between 1976 to 1981. This new show would rank as one the 2016’s greatest disasters, a disaster that limped along for 16 episodes before finally being put out of its misery after just one season and fewer than 3 million viewers. 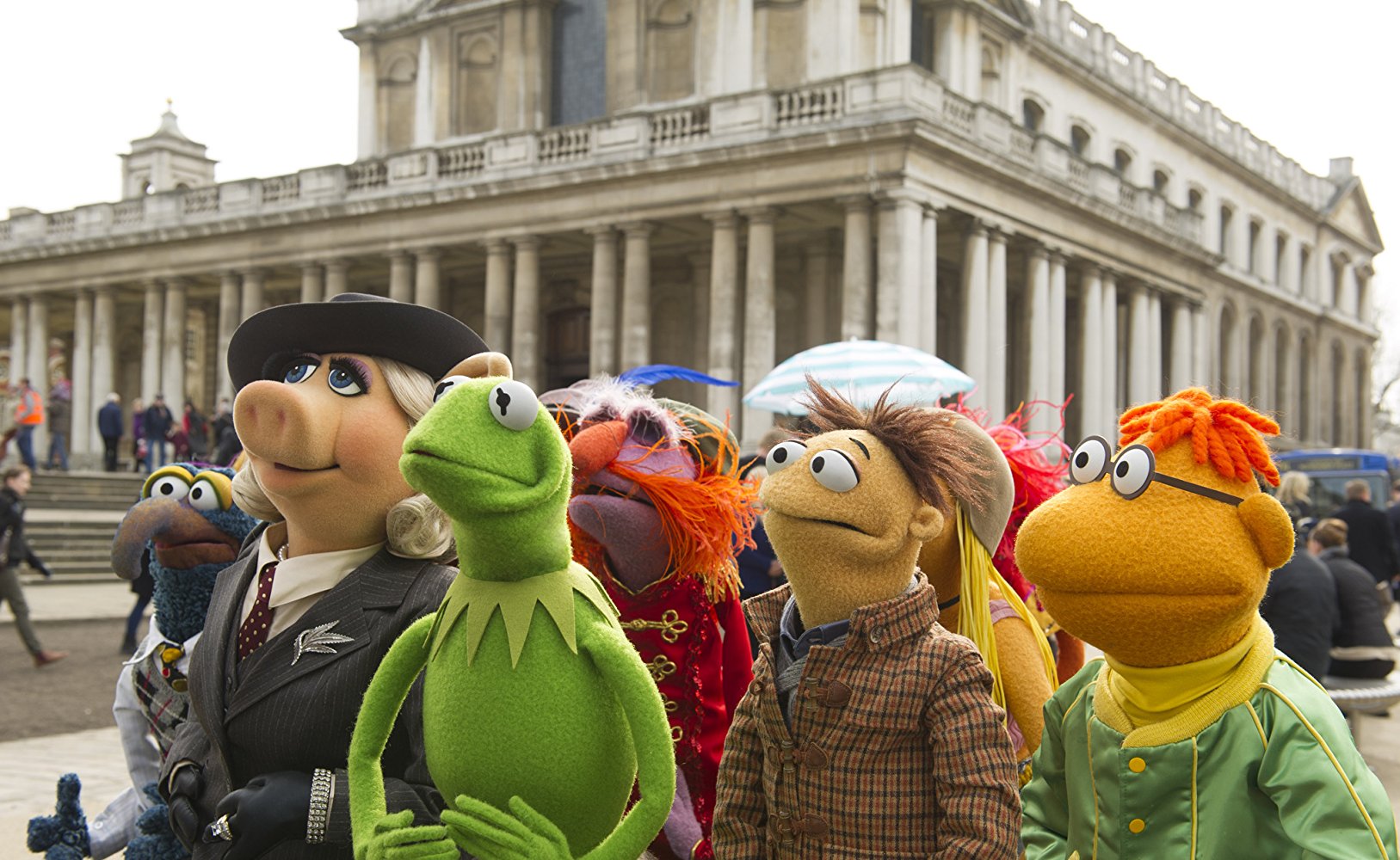 Disney murdered the Muppets, not only by making them preachy and divisive but by stripping them of their most precious commodity — their innocence. That was the thing about the Muppets, the thing that made them so unique and wonderful; that innocence. The Muppets may have lived in our physical world, but they lived in their own world — in a place that was silly and sincere, free of cynicism and pure; it was a place we could all hold hands and escape to for 90 minutes.

That place was timeless because its themes were timeless,because what was happening in the Real World did not exist there. To bring left-wing politics into the Muppets’ world was not only a betrayal of the Muppets and their audience, it was an unbelievably obnoxious act of arrogance.

Disney is now in real danger of doing the same to Star Wars. 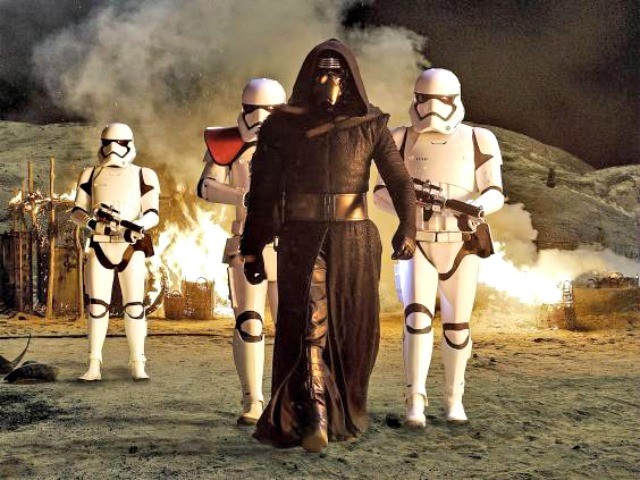 Yes, last year The Last Jedi made a ton of money, but it still waaaay-underperformed. After a boffo opening, word of mouth about the movie’s annoying, spell-breaking gender politics drove it into the dirt. Adjusted for inflation, Last Jedi has only out-performed the dreaded Attack of the Clones and Revenge of the Sith, and just barely the standalone Rogue One, which offered none of the mythical characters that populated Last Jedi and should have offered a huge advantage.

It was politics that injured Last Jedi, producer Kathleen Kennedy’s bossy decision to infect a far, far away galaxy that existed a long time ago, with the mentality of a 22-year-old  Womyn’s Studies graduate with a minor in Social Justice Warrior. Kennedy not only popped the cherry of that world, she did so at the expense of characters, story logic, and so much of what made Star Wars Star Wars.

Rey has almost no charisma, she only serves as Kennedy’s perfectly-perfect Mary Sue. Worse still, Last Jedi shit all over Luke Skywalker, sent a bunch of Dumb Men on a ludicrously stupid wild goose chase (but not before they Occupy Wallstreet’d some mofos),  and turned Poe (who should be this new trilogy’s star) into all the avatar of all male chauvinist pigs who ever dared second guess Mizzz. Kennedy.

Which brings me to Solo.

How bad is Solo crash-landing at the box office?

Solo’s $83 million is almost half of what Rogue One made over three days ($155 million).

With a production budget north of $250 million and easily another $150 to $200 million poured into promotion, Solo will need to clear around $900 million worldwide just to break even. But worldwide, the news is even worse: Solo has grossed a pathetic $65 million after opening in every major country but Japan. Rogue One earned $135 million during its international debut.

Solo is going to lose money.

A freakin’ Star Wars movie is going to lose money.

Not a single one of the trades (Deadline, Hollywood Reporter, Variety) has, to my knowledge, blamed Solo’s box office dive on Kennedy’s story-killing infusion of divisive, left-wing politics. Instead, all of these studio ass-kissers are blaming Star Wars Fatigue (which is total nonsense) and anything other than the fact that maybe it wasn’t a good idea to turn Lando Calrissian into something called a “pansexual” who is probably having sex with a droid who spews more feminist bromides than Jake Tapper after two Zimas.

Worse still, thanks to Hollywood’s ongoing attack on “toxic” masculinity, Harrison Ford is replaced with a child, a diminutive soy boy who displays none of Han Solo’s earned cockiness, his world-weary competence, the manliness that hid his big heart. Naturally, he is in love with a 65-pound girl who can kick a grown man’s butt using nothing more than a please-cheer-here-grrrls pose that only achieves iconic status in the department of desperate farce.

Disney murdered the Muppets with left-wing politics, and now the studio is allowing Mizzz. Kennedy to kill Star Wars — a franchise that was once so bullet-proof and buried in audience goodwill, it survived the Lucas prequels.