“Biden does not generate the necessary enthusiasm that it’s going to take to get people out,” Moore told Vanity Fair‘s Tom Kludt in a recent interview. “The Democrats are cynically counting on everyone’s desire to remove Trump.”

“Nothing is lined up right this year. Just because he’s got the most delegates and everybody’s conceded, it doesn’t mean he’s going to be the nominee,” Moore said of Biden. “They’re not even going to have a real convention. Anything can happen.” 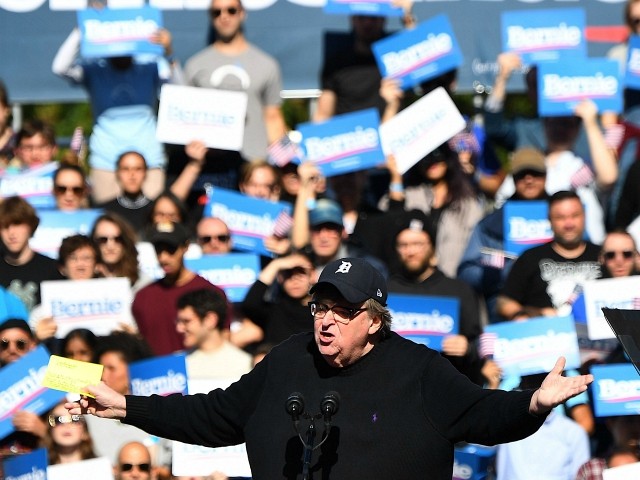 Moore — who endorsed and even stumped for Sen. Bernie Sanders (I-VT) during the campaign — then claimed that the Democrat Party “ditched” Biden earlier this year when he “was losing everything so badly.”

“The Democratic establishment ditched Biden back in January when he was losing everything so badly. What’d they do? They changed the debate rules to let Bloomberg in. They were so desperate,” the Academy Award-winner said. “They were ready to dump Biden like a hot potato, and they will do it again if they need to.”

Moore’s comment come as Biden is under heavy fire for saying to radio host Charlamagne tha God that he “ain’t black” if he votes for President Trump. Biden has since walked back those comments, saying he “shouldn’t have been such a wise guy.” But by then, #YouAintBlack and #JoeBidenIsARacist were both national trending hashtags on Twitter.