“What the actual hell… politicians at their finest. Mask up the children and you yourself sit without a mask. The hypocrisy continues, McPhee wrote in an Instagram Story on Sunday.  “I’m sure she will say… ‘but I had my mask in my hand!'” 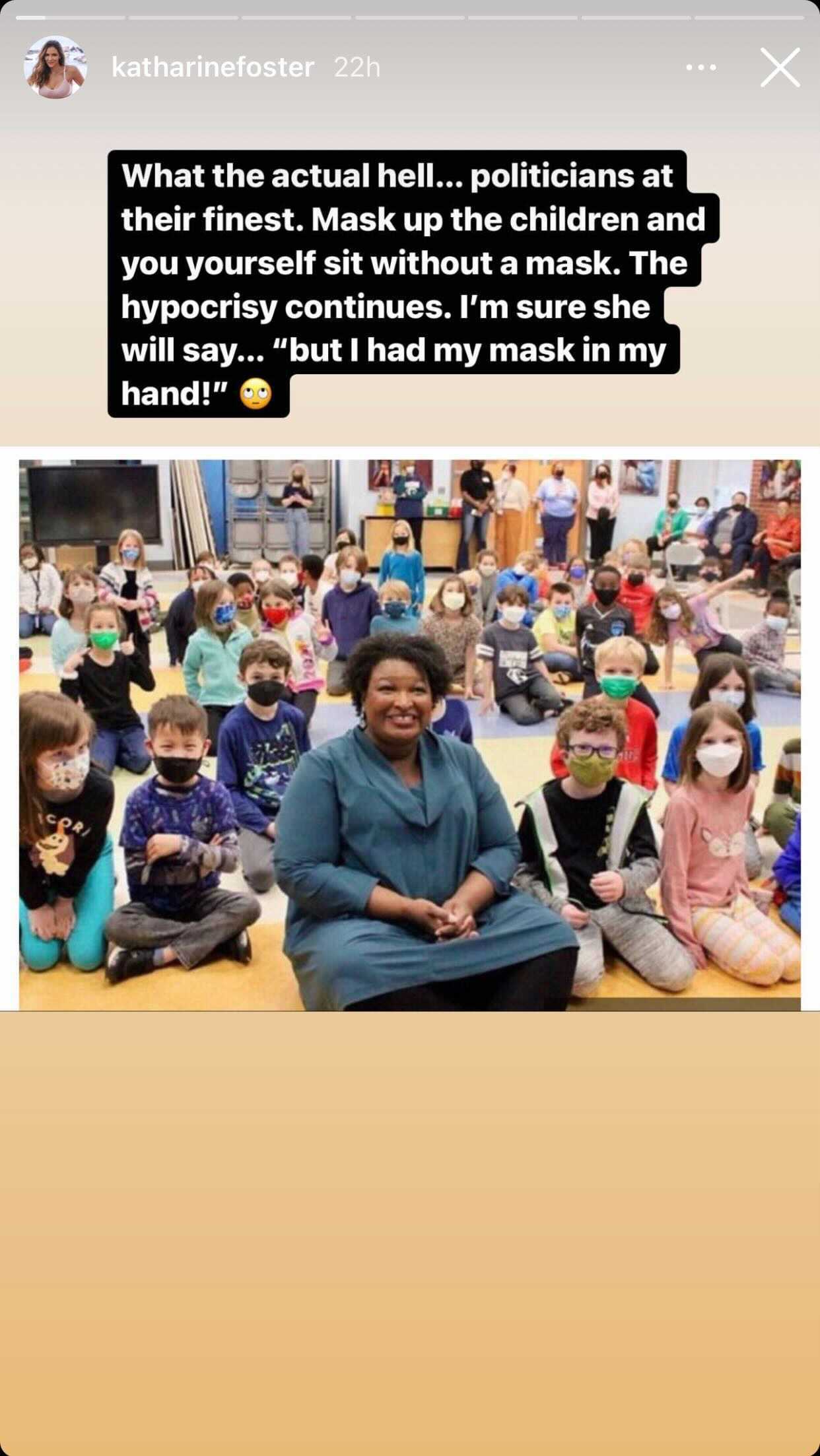 Abrams — who is currently campaigning to be the next governor of Georgia — responded to critics of the photo by publishing a statement from her campaign, which accused her critics of “using a Black History Month reading event” to attack her.

“It is shameful that our opponents are using a Black History Month reading event for Georgia children as the impetus for a false political attack,” a statement from Abrams’ campaign read, “and it is pitiful and predictable that our opponents continue to look for opportunities to distract from their failed records when it comes to protecting public health during the pandemic.”

“This pathetic, transparent and silly attack is beneath anyone who claims he wants to lead Georgia,” the campaign added.

One of Abrams’ critics included Georgia Gov. Brian Kemp (R), who said, “Stacey Abrams wants state government mask mandates for Georgians and their children. But it looks like they wouldn’t apply when she’s attending a photo op.”

But it looks like they wouldn’t apply when she’s attending a photo op. https://t.co/A7H8U6eXKS

Many have been pointing out the hypocritical behavior by Democrat politicians who implement mask mandates, yet are caught not wearing masks themselves.

While 5 year olds are forced to mask all day in California, Gavin Newsom and the mayors of LA and San Francisco are enjoying packed events maskless pic.twitter.com/dDTLOHaBpo

And in response to the backlash, Garcetti actually claimed that he held his breath when snapping that viral photo of him maskless alongside Johnson.

“When people ask for a photograph, I hold my breath,” Garcetti insisted, adding, “I won’t even do that” anymore, “if it makes you and everyone else happy.”