“At least nobody is shooting here, and I can freely speak the Ukrainian language,” Doctor Oleksandr Sklyarov tells the Kiev Post. Thirty years later, the radioactive outskirts of Chernobyl are seeing a small increase in population as Ukrainians flee Russian invasion and seek cheap rents and natural beauty.

The Post visited the village of Bazar, Ukraine as part of its coverage of the thirtieth anniversary of the world’s worst nuclear disaster, a product of Soviet arrogance – the plant’s deputy chief engineer, upon seeing the reactor begin to overheat, ordered staff to increase power levels rather than let it cool down – and disregard for the lives of those living in the affected zone (it took 36 hours for Soviet authorities to decide to make people evacuate due to a “minor accident“). At least one eyewitness, the author Svetlana Alexievich, recalls Soviet troops “running around” the area shouting “What do I shoot?” in response to the disaster. “You can’t shoot physics, or at radiation,” she notes. 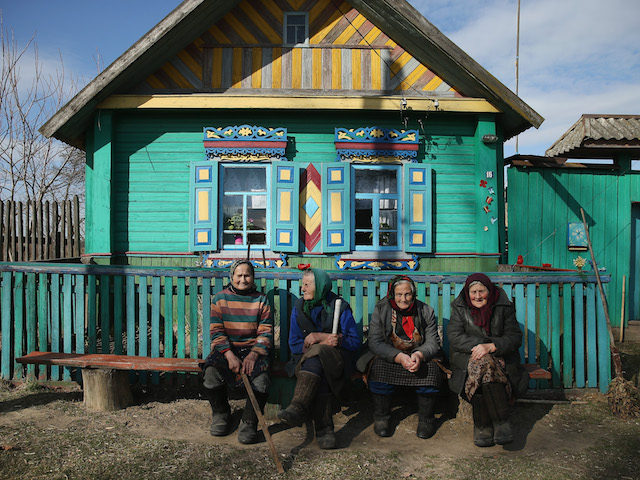 Elderly women sit next to a traditional house in the village of Pokats on April 4, 2016 near Chachersk, Belarus. Chachersk and Pokats, both located in south-eastern Belarus, are in a zone designated as still contaminated to varying degrees with radiation from the 1986 Chernobyl nuclear disaster, especially caesium-137. (Photo by Sean Gallup/Getty Images) 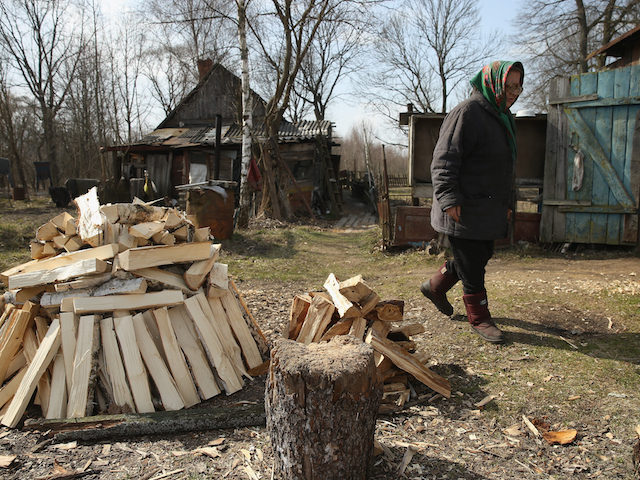 Lyuba Galushka, 70, walks past chopped firewood to the shed behind her house on April 6, 2016 in Bartolomeyevka, Belarus. Lyuba is one of four residents still living in Bartolomeyevka, a former village located in southeastern Belarus that in 1986, following the nuclear meltdown of reactor number four at the Chernobyl nuclear power plant. (Photo by Sean Gallup/Getty Images) 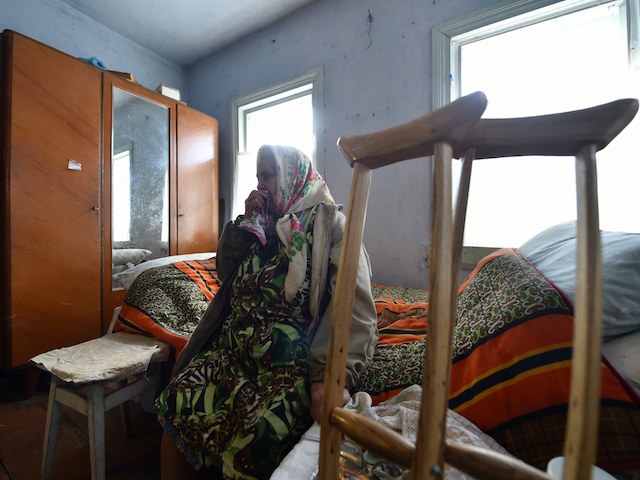 Maria Urupa sits on a bed in her house in Paroshev village, Chernobyl region on April 8, 2016.
(Sergei Supinsky/AFP/Getty Images)

Bazar is a rarity in the Chernobyl area: a village whose population appears to be growing. Mayor Oleksandr Budko tells the newspaper that Bazar’s population has doubled over the past decade, largely due to the cheap rents and beauty of the forest. Rent for a home in Bazar is about $0.50 a month. And, as Sklyarov notes, the area is so remote, the ongoing military occupation in eastern Ukraine has no effect on life in Bazar.

Mayor Bodko cites “poverty and alcoholism” as the major threats to life in Bazar. “I don’t think Chornobyl hurts people as much anymore,” he argues. “Now the war is the No. 1 problem.” 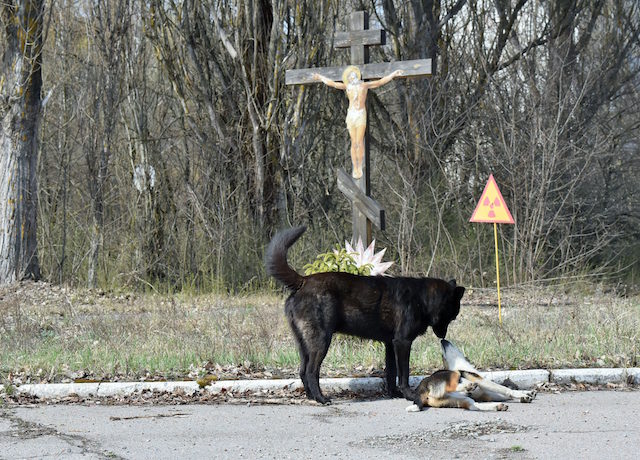 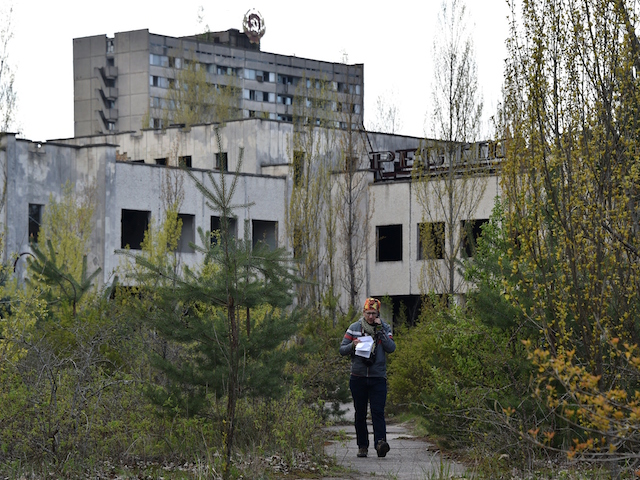 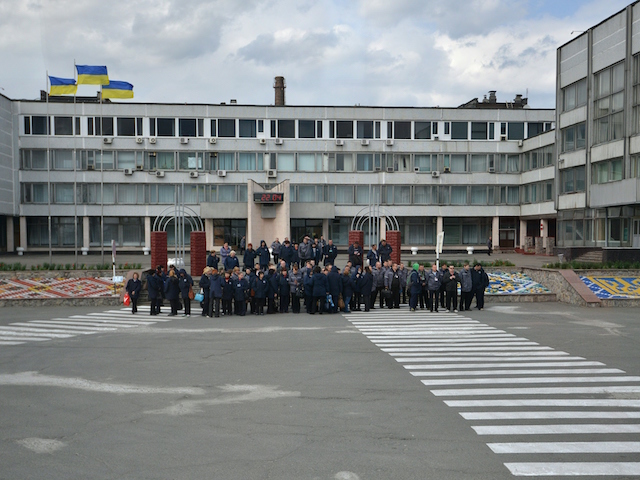 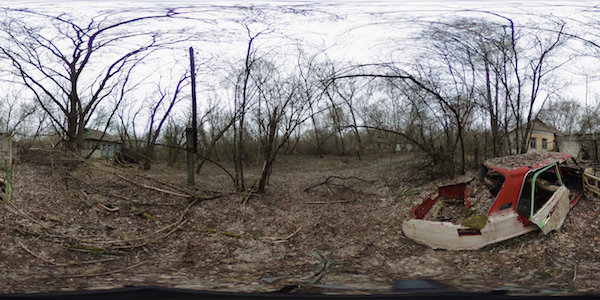 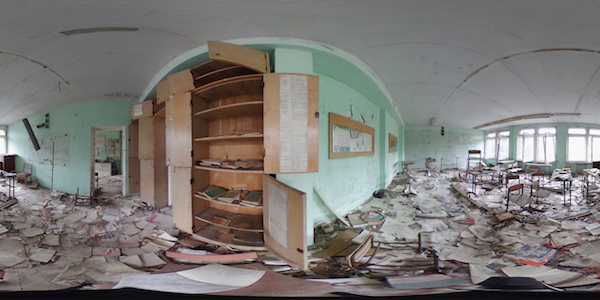 Animosity towards Russia, particularly in light of the occupation of the Ukrainian peninsula of Crimea, is growing. Speaking to USA Today, Fedor Alexandrovich, the subject of the award-winning documentary Russian Woodpecker, argues that the Soviet Union issued an order to cause the nuclear meltdown. “If I went to Moscow with my Ukrainian passport and started asking questions about Chernobyl, I’d probably get 20 years in prison,” he suggests, calling the Chernobyl meltdown a “criminal act.” “They could kill me, and that would be OK. Killed is OK. Killed is normal. But 20 years conversing with prison people, that is not for me,” he adds.

“It’s with an everlasting pain in our hearts that we remember those who lost their lives to fight nuclear death,” Ukrainian President Petro Poroshenko said in a speech Tuesday commemorating the anniversary. Survivors left candles and prayed at the national memorial to those affected. Participants in the commemoration sounded sirens during the early morning hours of April 26, when the first explosion occurred in 1986. Poroshenko said his government had no money to keep the Chernobyl site safe, because troops were still needed to keep Russian President Vladimir Putin’s forces at bay.

“At a time when we still need immense resources to tackle the consequences of the Chernobyl disaster, when we need funding for social support to fire-fighters and victims, we have to spend almost one-fifth of our budget expenses on defence and security,” he lamented. 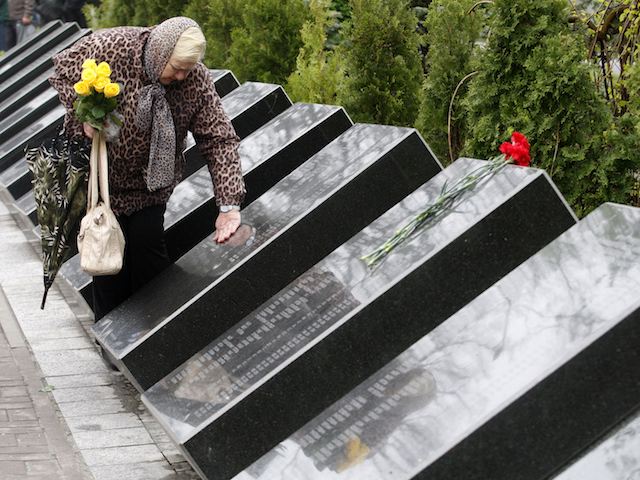 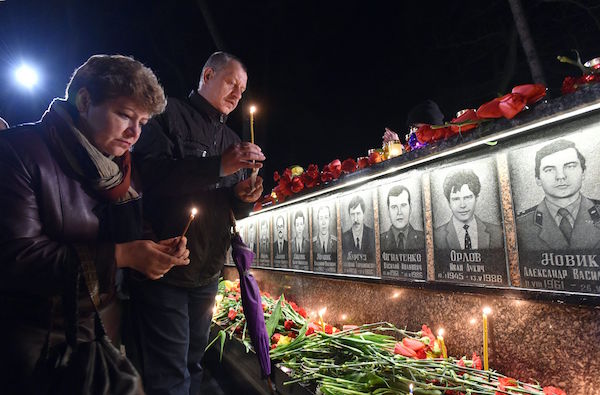 The number of people affected by the disaster is still hotly disputed today. Reuters notes that 31 first-responders died of radiation sickness in the immediate aftermath of the meltdown. About 100,000 were evacuated. The World Health Organization (WHO) estimates that 9,000 people have died of cancer in the years following the disaster, most in Ukraine and neighboring Belarus. The worst estimates put that number at around one million.

“We are constantly trying to show the authorities that in reality this problem is not going anywhere,” Liudmyla Zakrevska, president of Children of Chernobyl, tells USA Today. In Ukraine and Belarus, she says, there are “thousands upon thousands of Chernobyl children who have severely compromised immune systems.”

According to the local publication Ukraina Moloda, authorities believe that radiation in the immediate exclusion zone has dropped by 10,000 times since 1986. They estimate the population of the exclusion zone to be about 158 people, averaging 78 years of age. While it is illegal to live within the exclusion zone, the government has not enforced the rule for older people who would rather face the risk of radiation-triggered cancer than the stress of exile. For others, however, experts have estimated it will take another 3,000 years for the exclusion zone to be deemed fully say. The government has put that figure at 24,000 years, based on the half-lives of the radioactive elements found by the plant.

Those who work in the exclusion zone insist, however, that the natural beauty spawning in the absence of human development makes it a sight to see. “You see, no one is living here anymore but the birds are still singing for us. This area is not dead,” Alexander Bondar, who works in an affected reserve in Belarus, tells USA Today. 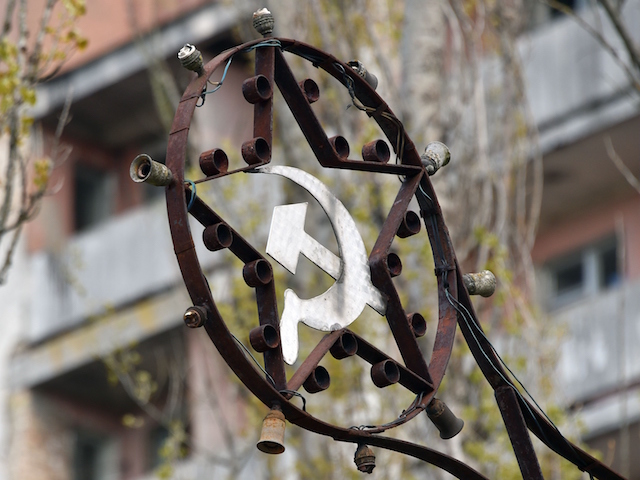