In central Brussels today life is slowly recovering a veneer of normality. A normality with round-the-block security check queues for the few running metro trains and nervous army patrols.

Yet you could cut the tension in this city with a knife. This is best demonstrated with my trip to Molenbeek this morning. 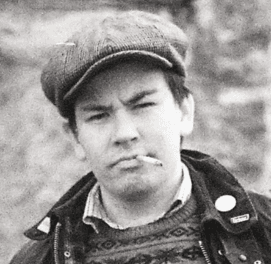 Known locally as ‘Little Morocco’, the suburb has been the focus of intense police attention and multiple terror raids. The area is infamous for being the hide-out of choice for Europe’s Jihadist elite.

Molenbeek’s police station has been turned into a fortified forward operating base, with a perimeter stretching out into the adjacent square. This is patrolled by rifle-carrying Belgian soldiers and dozens of police cars and army lorries stand waiting.

Reporting from the area for the Breitbart News Daily radio show, I was awaiting a call from the producer to go live with Executive Chairman Stephen K. Bannon and London’s Editor in Chief Raheem Kassam.

As my phone rang, my hand shot to my pocket to take the call. But before I could even get my phone out I had half a dozen police on me, pistols drawn, with soldiers running up to support their colleagues in blue.

On this occasion I decided it wise to follow the instructions being barked at me in French to place my hand wide apart on the rail and to let the phone ring.

Breitbart London has reported before on the proliferation of fake and spurious press passes in Europe, and so the card dangling from my neck was inspected and dismissed.

The officer closest to me, pistol ready, demanded identification. Foolishly I let instinct rule my head and reached for my wallet.

As I did the nearest soldier twitched. The rifle came up. That was all the instruction I needed to return my hand to the rail.

Once my body had been searched and my British identity assured, nervous smiles spread on the men and women’s faces. They apologised but made it clear I should not be in that area – a public space, in the heart of Brussels.

In Molenbeek even the mannequins awaiting a change of clothes have their modesty protected #Brussels pic.twitter.com/XgxplHlt6r

Second time lucky I was able to take that call from the Breitbart studio in Washington, D.C., but with a very different report to the one I previously had in mind.

Walking out of Molenbeek it was clear the locals were treating me with suspicion and several shouted angrily in Arabic at me.

As a Caucasian male in Molenbeek the police have to assume a man wearing a heavy coat to keep warm near the police station is a threat. The predominantly Arab population assume I’m an undercover cop.

It’s the same treatment I got in Sweden’s Rosengard.

As I crossed the threshold of the suburb into Brussels centre, a native Belgian stopped me and called me crazy for going in there at all. She echoed warnings I’d had from European Parliament staff beforehand that the situation there is beyond bad.

As I write this I read there have been police raids in the Chausse d’Ixelles, so it is time to move again. This time I’ll try to look less like an Islamist killer.