Hundreds of people from the Génération Identitaire movement have marched in Paris, protesting against Islamisation, mass migration, and Islamist terror.

“No to islamisation”, “the French are angry” and “Here is our home!” the 500 hundred strong crowd chanted as the processed through the streets of the French capital.

“We have a message for the Islamists who murdered 130 young French on 13 November: Daesh Daesh you buggers!” the group added on Facebook.

The event was heavily policed and some on the march lit flairs. However, the event as a whole passed off peacefully, without any clashes with police reported.

Attendees eventually gathered at Place Monge not far from the Natural History Museum, where they staged a rally.

The “hipster right” Génération Identitaire group are a notably youthful movement of anti-mass migration activists who engage in direct action.

They formed in 2012 as the youth wing of the Bloc Identitaire and aim to “rally for young French and Europeans who are proud of their roots and of their heritage” and oppose “imperialism, whether it be American or Islamic.” 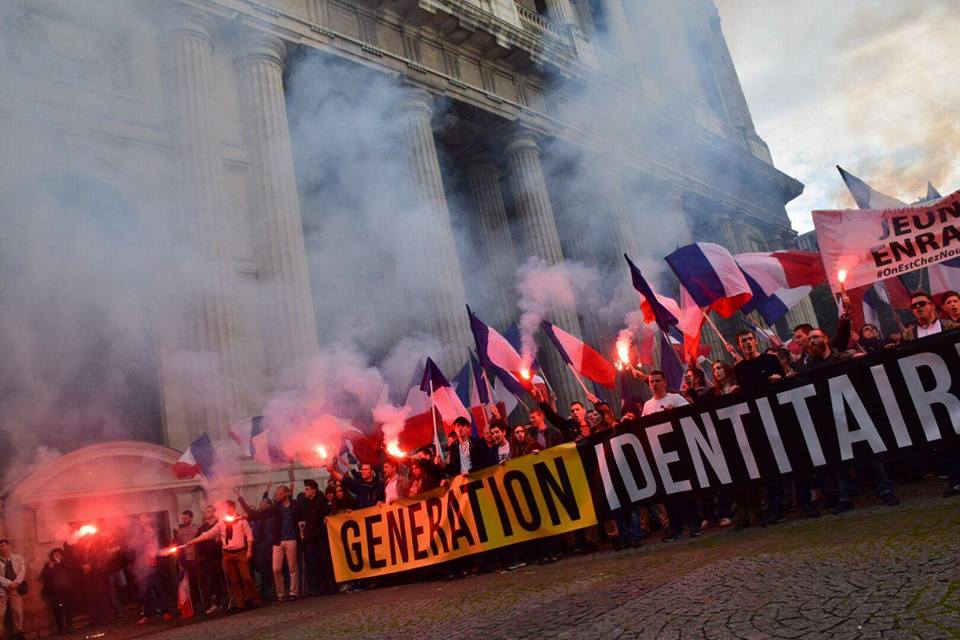 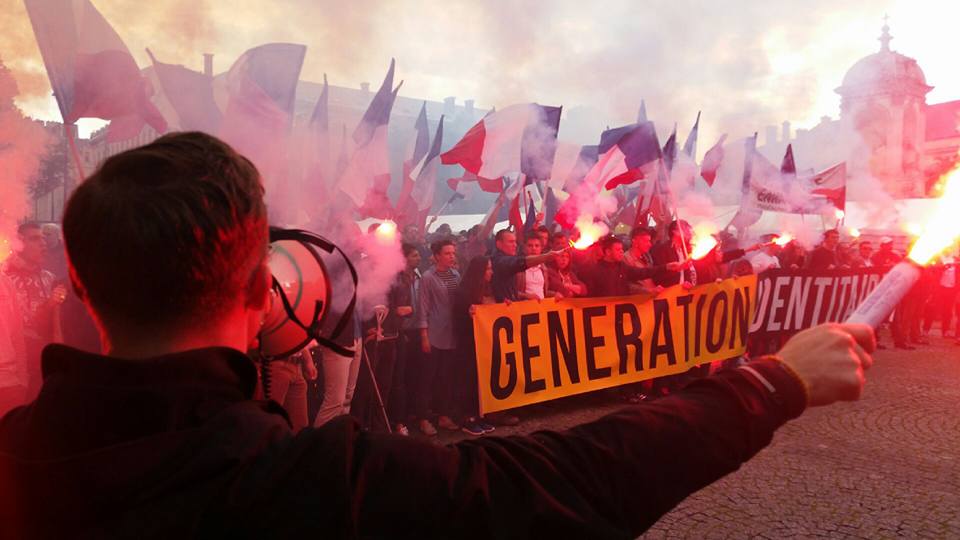 In a statement on their website released ahead of yesterday’s event, the group said: “Between Islamist attacks and migrant invasion, the year 2015 has marked a turning point in the contemporary history of our country.

“The French have been silent for too long… It is time to show our determination to continue to live on our land, under our laws, our values and with respect to our identity. 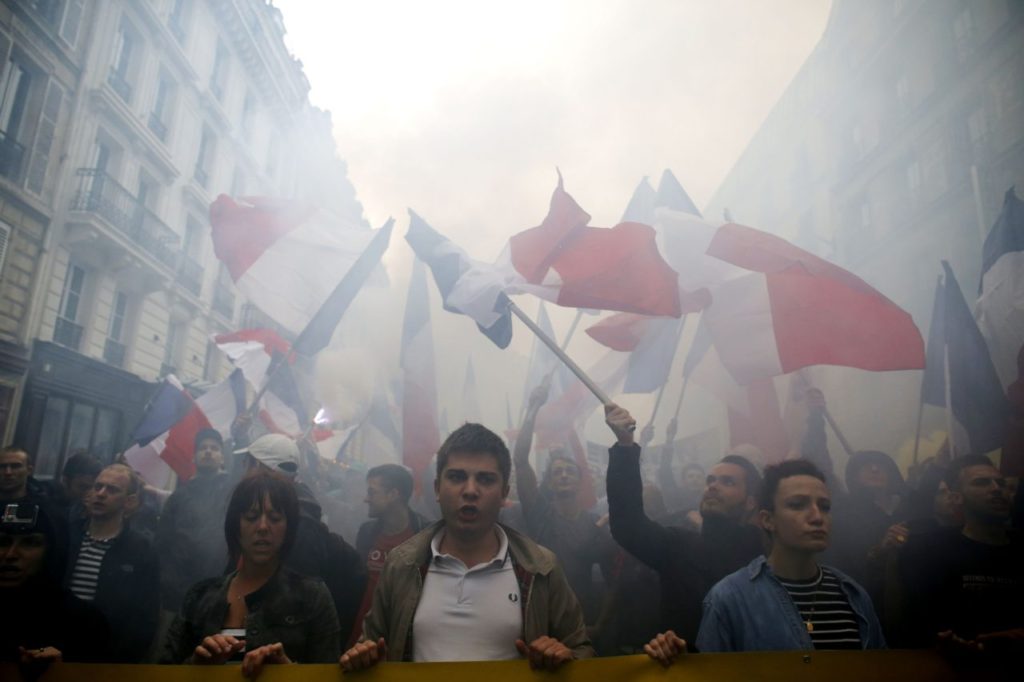 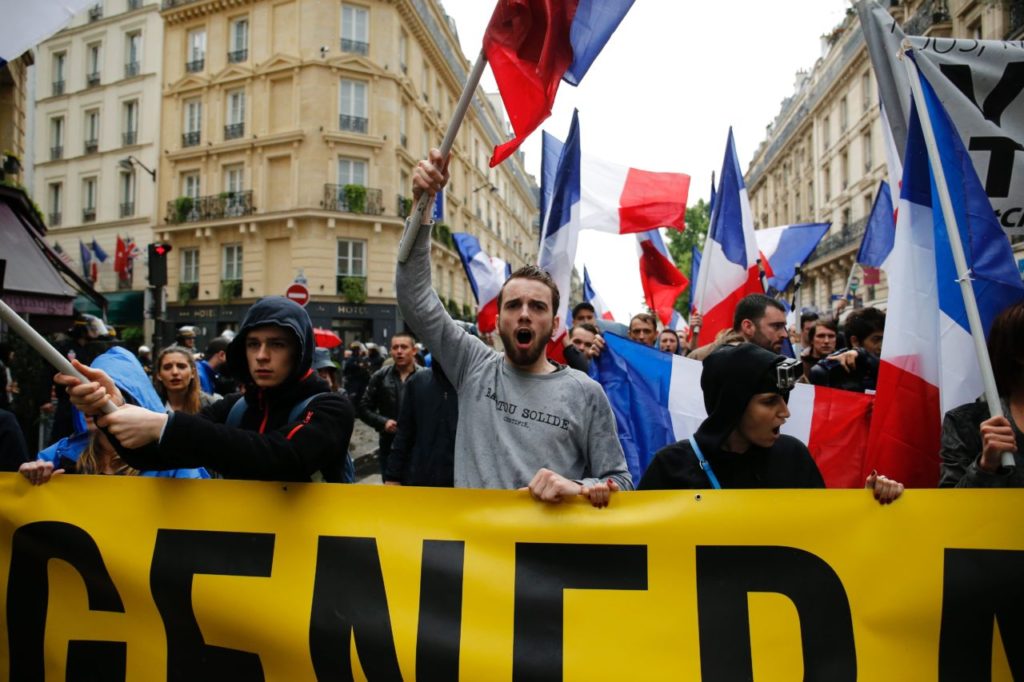 “Given the urgency, there is no longer times to wait. Let’s show the socialist powers that the French are still there, and willing to stand with us!” the statement added.

In March, activists from the group blocked various routes into the port of Calais to protest the “migrant invasion”, and in April, they scaled a theatre in Vienna to protest a pro-migrant play. 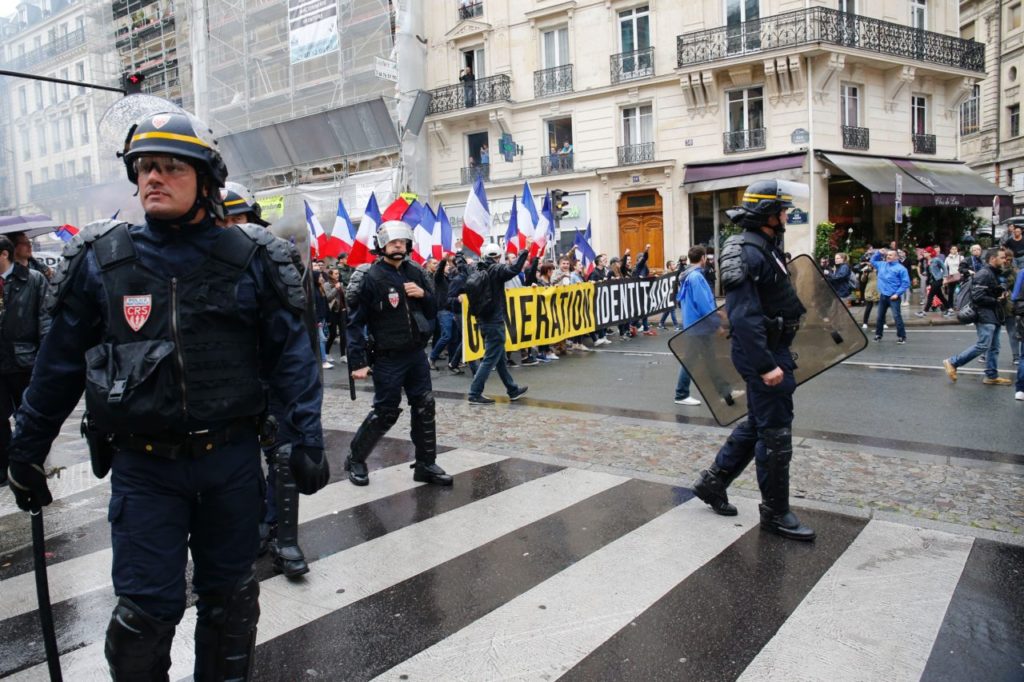 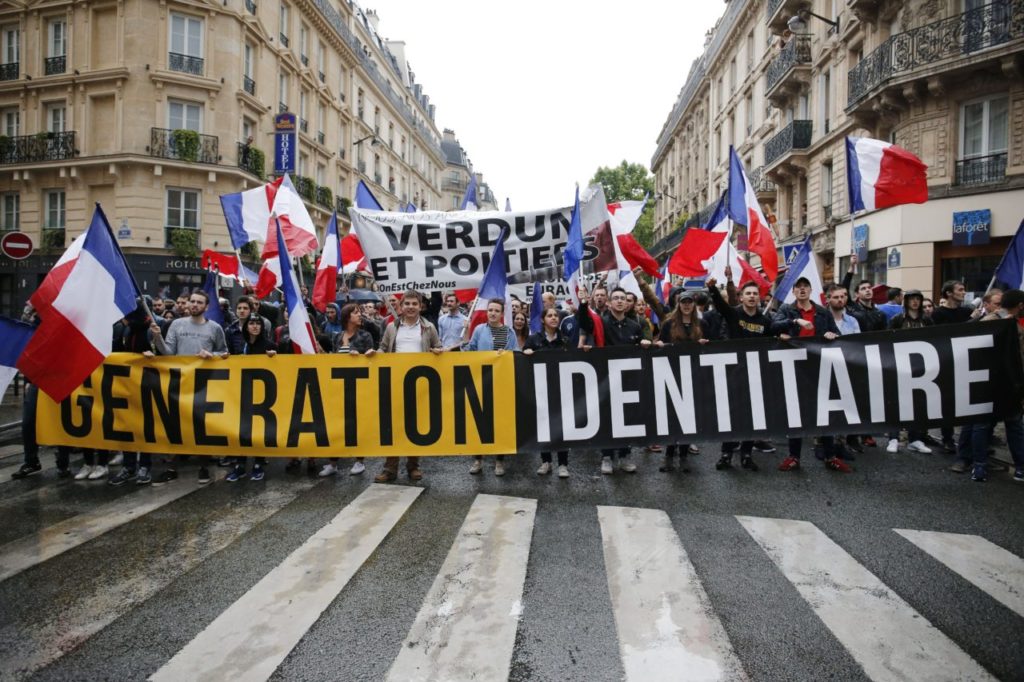