LONDON, United Kingdom – When covering the news on a day-to-day basis, or even when political campaigning, it is easy to move from one event to the next, rarely ever reflecting on what you’ve just witnessed.

But if you had told me yesterday that this morning I would have been in the midst of naval warfare on the Thames, having abused hurled at me by Sir Bob Geldof, I would have told you there was more likelihood of me voting ‘Remain’ on EU referendum day.

But there we were: Farage, Hoey, UKIP MEPs, and Westminster’s media glitterati, having “choons” blasted at us by Robert Frederick Xenon Geldof (otherwise known as Sir Bob) and his band of anti-Brexit brothers. “You’re a fraud!” screamed the Live Aid/Live 8 impresario while he flipped two fingers up at British fishermen protesting against their industry being decimated by Britain’s membership of the European Union. 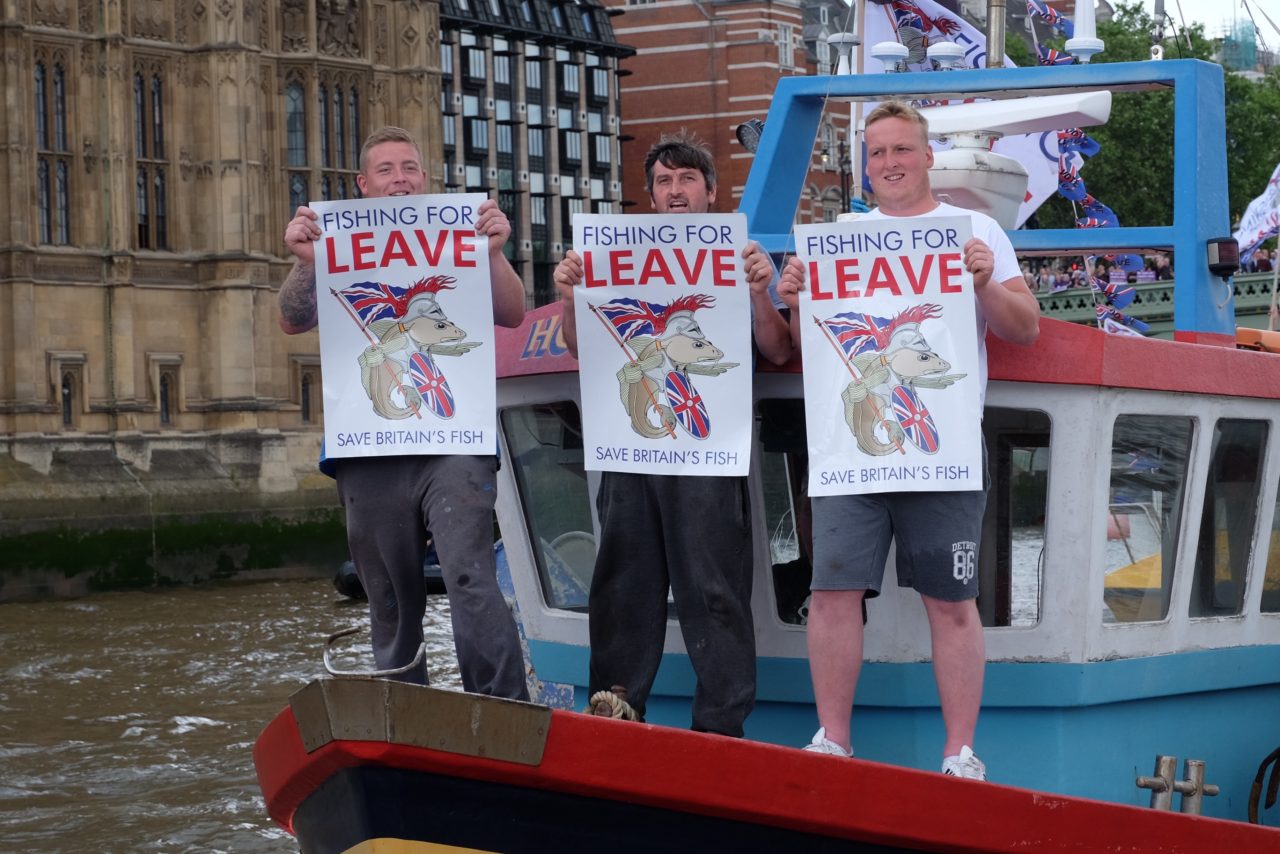 He may as well have been screeching, “I’m alright, Jack!” over his PA system as journalists and activists together looked confused and angry, though in typical British fashion, somewhat relieved that the weather had held up for the whole altercation.

The Farage boat, the leader of the flotilla, was also being buzzed by a couple of speedy little dingies, one of which was steered by long-time BBC man David Kew, wielding an ‘In’ banner and declining to answer some of my more pointed questions.

I saw the look on Farage’s face. It’s one I’m very familiar with. It’s usually followed by him shouting “What the fuck is going on here?” at one of his staffers (it used to be me). But before he knew it, the tables, or rather the tide, had turned.

Instead of one boat surrounded by Remain campaigners, we were now in convoy, followed by a dozen or so fishing trawlers, arriving outside the Palace of Westminster. Suddenly the Brexiteers didn’t need to shout back at Sir Bob – the fishermen were doing it for him. Although the protest was for a sombre issue – British fisheries being depleted – the atmosphere turned jovial, driven by the boisterous, un-PC fishermen who quite frankly had no intention of taking any shit from Geldof and his boat of LGBT-flag t-shirt wearing students. 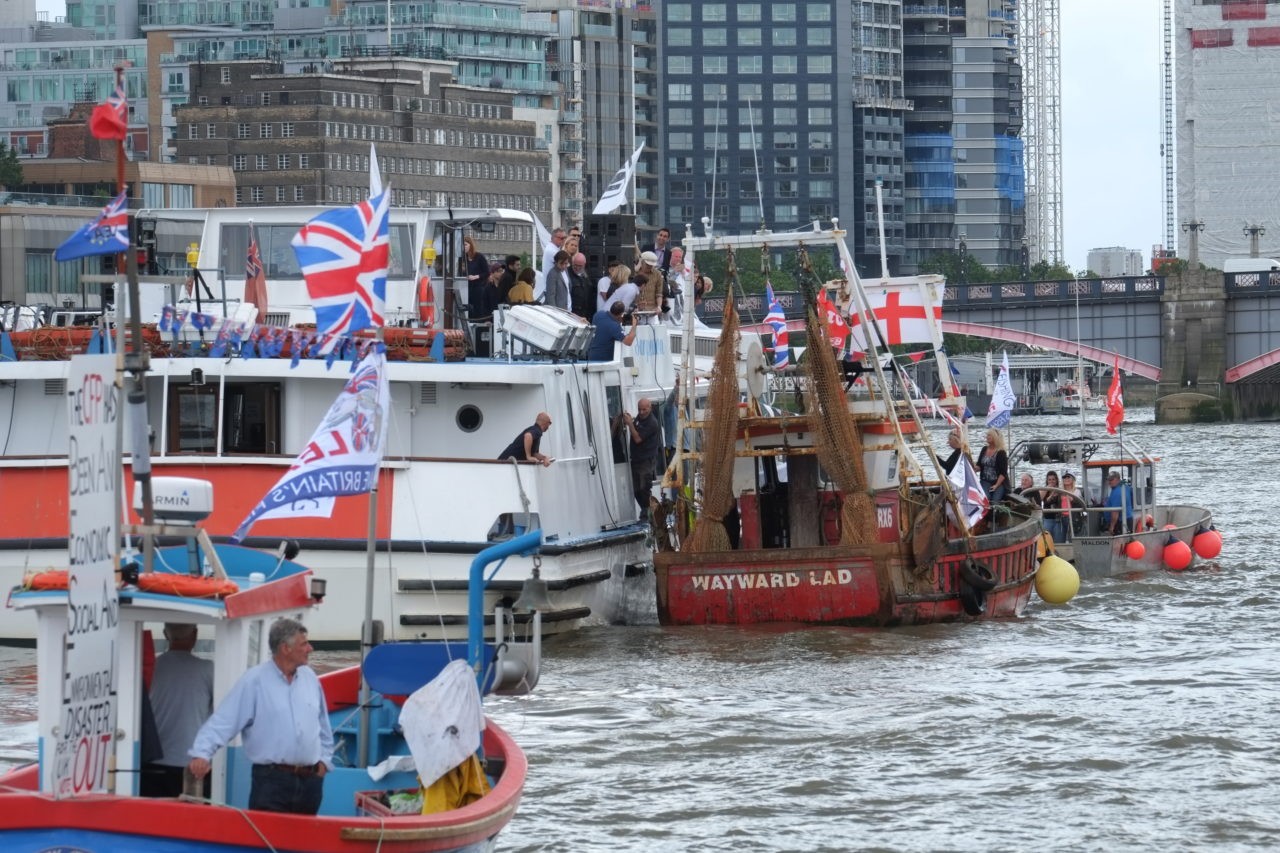 “We’re better off In!” cried the has-been rock-geriatric before his boat was boarded by fishermen who wanted to show him first hand what happens to the fish that they’re forced to discard by the European Union. I have a feeling he was very lucky they were stopped by the river police before they got their hands on him, proficient in gutting and filleting that they are.

He soon scarpered, tail between his legs, having even managed to elicit groans from some of the most pro-EU journalists on board the HMS Farage.

But what Sir Bob proved today is that there is a very ugly, sneering side of the Remain campaign. In fact, that’s its backbone: people who claim “the world has moved on” from the fishermen up and down the country struggling to make a living despite how much their industry means to the British economy.

It’s a side represented by Lord Stuart Rose, June Sarpong, Eddie Izzard, and indeed the Prime Minister. But none are so arrogant as to have been so brazen about it as Bobby was today (though Lord Rose came close when he told a House of Commons Committee that wages rising after Brexit wasn’t necessarily a good thing). 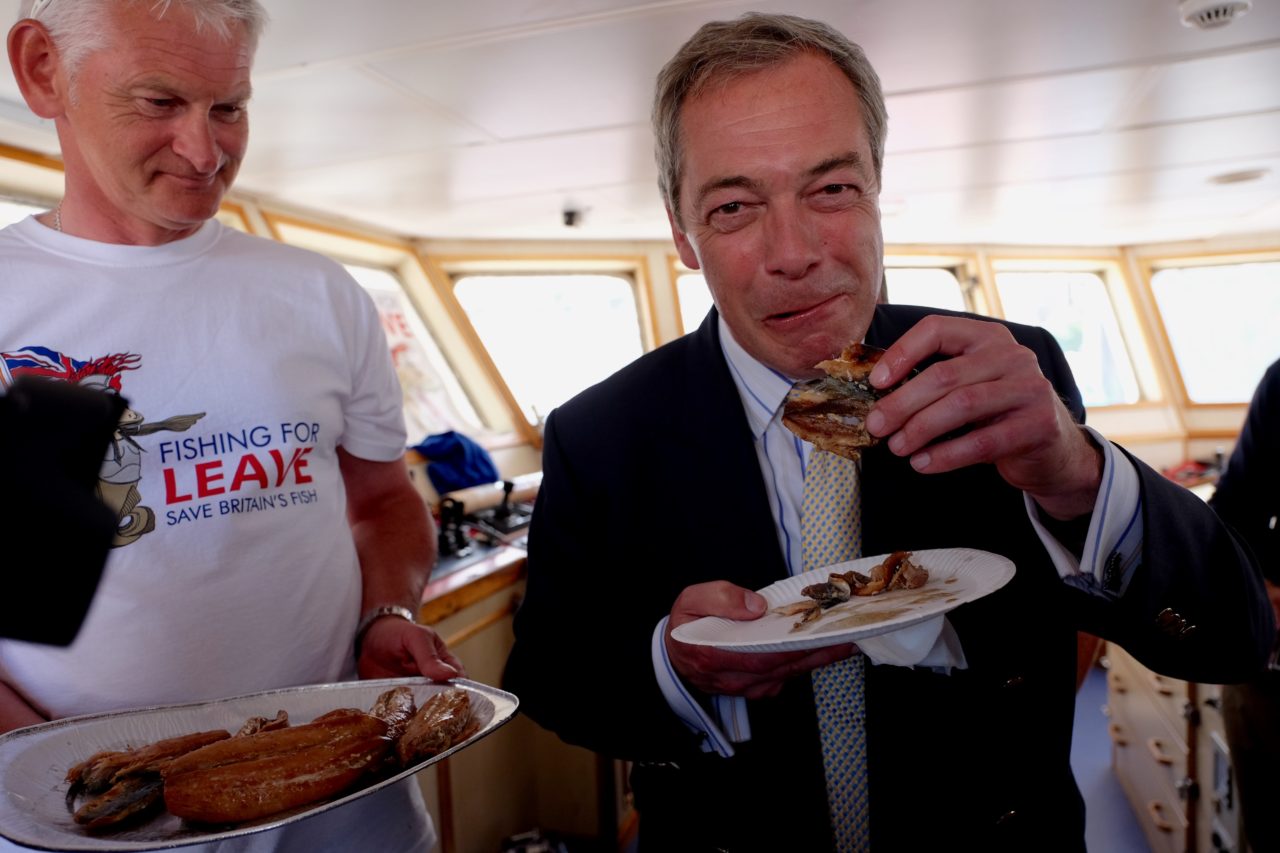 So no wonder as we were below deck, enjoying our Guinness’ and some egg salad sandwiches, Labour Remain campaigners were storming off Sir Bob’s cruise liner in “disgust” at how he had treated the working men of Britain today.

There’s a very, very ugly side of the Remain campaign. And I think, going into the last week of campaigning, we’re about to see a lot more of it.