A cross-party coalition of unelected members of the House of Lords is plotting to block, delay or “revisit” the European Union (EU) referendum result.

Baroness Wheatcroft, the former editor-in-chief of the Wall Street Journal Europe and business editor of The Times, sad it was “imperative that we don’t press the button on Article 50” in an interview with The Times.

She advocates a second referendum – as “there is an argument that at some stage people ought to be given an opportunity to think again” – and believes unelected peers have the right to “delay” any attempt by the government to trigger Article 50.

Article 50 of the Lisbon Treaty is the official divorce mechanism from the EU, which would guarantee the UK leaves the block within two years if triggered.

The Baroness explained: “At the moment I don’t think it’s sensible for the Lords, an unelected second chamber, to obviously stand in the way of a democratic vote. I’d like the Commons to do that.

“However, if it comes to a bill, I think the Lords might actually delay things. I think there’s a majority in the Lords for remaining.” 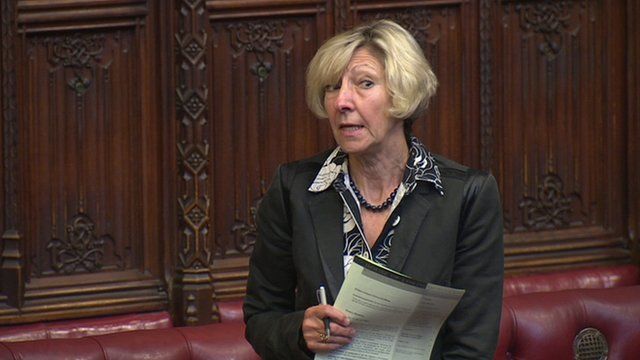 Asked whether she would support a move by peers to delay Brexit legislation she said: “Yes I would. And I would hope, while we delayed things, that there would be sufficient movement in the EU to justify putting it to the electorate, either through a general election or a second referendum.”

Since the British people gave the largest democratic mandate in the UK’s history to leave the EU, supporters of the EU, and lawyers on their payroll, have argued that the government does not have the power to trigger Article 50 and it must go to a full Parliamentary vote.

Considering that around 62 per cent of MPs and 78 per cent of the cabinet backed remaining in the EU, passing the bill would not be easy and could end in direct democracy and the popular will being overturned by elected representatives.

If a bill came before parliament, Lady Wheatcroft advocated peers rejecting it and asking “the House of Commons to think again”. She said: “Constitutionally we can do that. So if it got to that stage I think we would.

“If you look at the make-up of the Lords, the party whip on the Conservative side, even if it was applied, would certainly not guarantee getting anything through. I think on this people feel sufficiently strongly that they’d defy the whip anyhow. I would.”