(AFP) – “I want to go back to Syria. There is war in my country, but we’ve been living for seven months in Greece like prisoners.”

Adan, from Aleppo, has abandoned his dream of building a new life in Europe, like thousands of other Syrians trapped in Greece.

He’s just arrived at the station in Didymoteicho, a village near the Greece-Turkey border, with his wife, three children and five other relatives, and is preparing to go through a police checkpoint before trying to get into Turkey, the start of a long journey home. 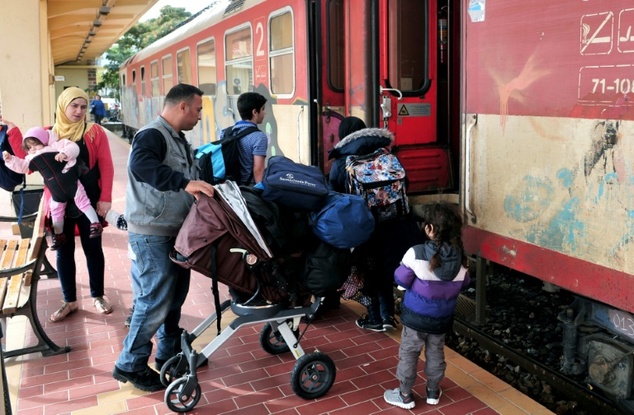 Members of a family who fled the war-torn Syrian city of Aleppo are now trying to return, after being trapped in Greece for months ©Sakis Mitrolidis (AFP/File)

“We’ve been on the streets for months, with nowhere to live. When we arrived in Greece we went to the Idomeni camp where we stayed for three months,” hoping to cross the Greece-Macedonia border to head for Germany, says Adan.

He describes their miserable time in the makeshift camp where over 10,000 migrants were thrown together in wretched conditions, before the Greek government eventually decided to dismantle it in May and transfer them to nearby reception centres.

Adan and his family then tried their luck in Thessaloniki, the nearest major Greece city to Idomeni, before returning to Athens.

“We realised that we are trapped by the closure of the borders and finally we’ve decided to go home, he says.

More than 60,000 refugees are currently trapped in Greece, in particular after the March 18 EU-Turkey accord aimed at sending migrants arriving from Turkey systematically back there.

Refugees and migrants find themselves with no way ahead, their hopes to travel onward to a European country proving to be virtually impossible.

Programmes for relocating or reuniting families, the only legal way of moving to live and work in Europe, have proved slow and complicated due to the reluctance of many countries who don’t want to take in any more refugees.

A last hope for migrants is to apply for asylum in Greece — but that is also a lengthy procedure, and daunting in a country still mired in crisis, with the highest unemployment rate in the eurozone.

Adan shows the Didymoteicho police his identity papers handed out by authorities when they first registered on the Aegean island of Lesbos, the main entry point to Greece for migrants from the Turkish coast.

“With their documents they can travel freely within the country. But we know they came here to find people smugglers who will help them cross the Evros river on the border at night, to get into Turkey,” one border guard told AFP, requesting anonymity.

“This kind of case happens every day .. it’s crazy: these are miserable people, they’ve already paid to come illegally to Greece, and here they have to pay again to return home,” he said.

“The people smugglers are the only ones who profit.”

The river level on the Greece-Turkey border is currently quite low.

“Some people use boats but at some points you can cross by foot,” says Chrysovalantis Gialamas, border guard chief for the Evros region.

Dozens of refugees arrive every day at the Didymoteicho station in recent weeks. Some even have German refugee papers, and so appear to be returning from Germany, disappointed that they have not integrated there.

“We can’t really verify if they are genuine or fake,” said one officer, cautiously.

But apart from those who want to leave Greece, the flow of migrants in the opposite direction — from Turkey into Greece — has also increased in recent months, and police have been forced to bolster the land border between the two countries.

Since July, 70 people smugglers and over 1,000 migrants have been arrested, police say.

On Thursday an alleged Greek people smuggler was arrested near Thessaloniki transporting 40 Syrians including 15 children in a truck. They had paid 1,500 euros each to get to the Greek city, where they hoped to find a way to travel onward to northern Europe, according to police. 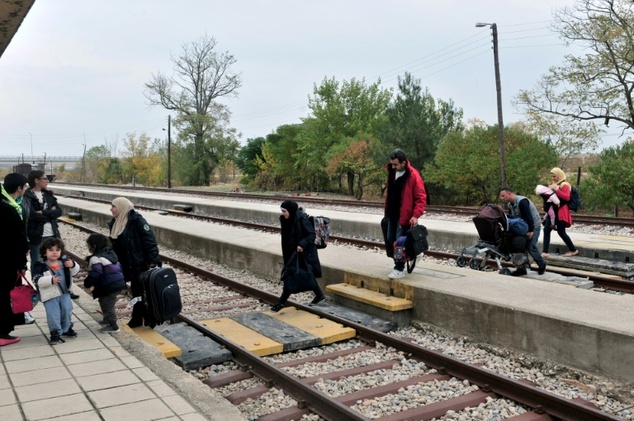 Adan’s family members cross the railway as they arrive at the train station of Didymoteicho 400 km from the Greek-Turkish border, as they attempt to make the long journey home to Aleppo, Syria ©Sakis Mitrolidis (AFP/File)