Two police have been injured as riots erupted in Paris, after supporters and opponents of populist presidential candidate Marine Le Pen took to the streets for a May Day workers’ march.

Hooded left wing thugs were filmed throwing petrol bombs at police, who responded with tear gas and stun grenades. At one point, a burning shopping trolley was wheeled towards officers.

The violent group attacking police were cordoned off from the rest of the crowd near the Place de la Bastille, The Telegraph reports.

According to the paper, more than 9,000 armed police and soldiers had been drafted in, in anticipation of disturbances.

France’s unions have been divided over who to back in the second round of presidential voting.

However, some have urged supporters to vote for him to keep out right wing Ms. Le Pen, despite her reaching out to left wingers and advocating protectionist policies. 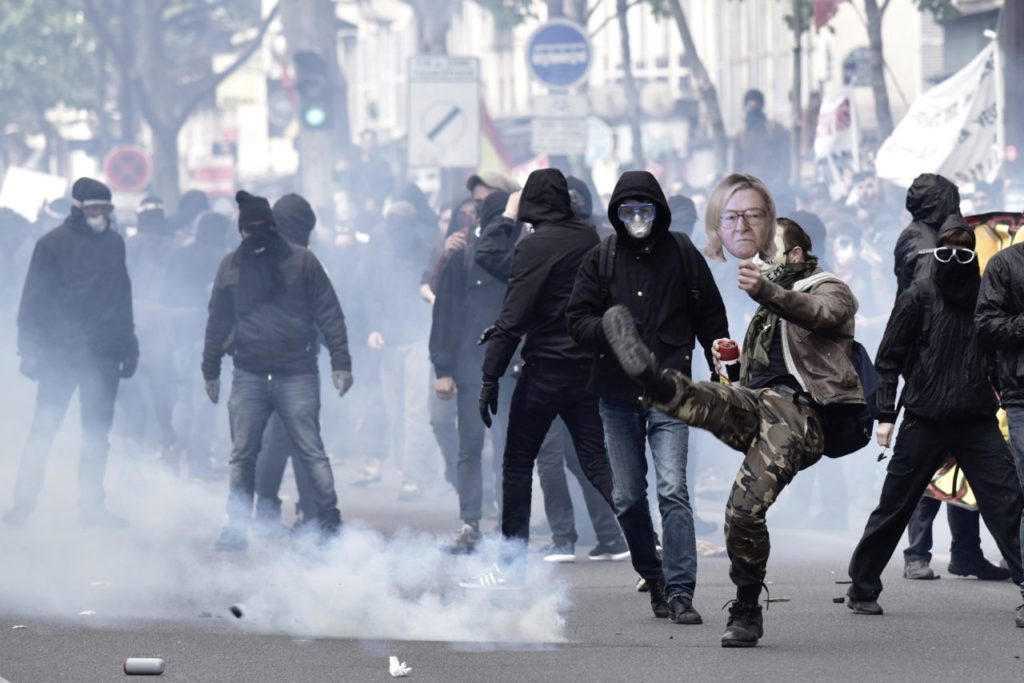 A protester kicks back a tear gas canister during a march for the annual May Day workers’ rally in Paris on May 1, 2017. (PHILIPPE LOPEZ/AFP/Getty)

A banner of one faction of the CGT union reportedly read: “Neither plague nor cholera”, in an apparent reference to urging its members to vote for neither candidate, with Macron viewed by leftists as an enemy of the worker.

Philippe Martinez, CGT leader, said he was in “deep disagreement” with this stance, saying the official union line is “not a single vote for Marine Le Pen”.

“Our slogan is clear. The FN must be beaten for social progress,” said Mr. Martinez. 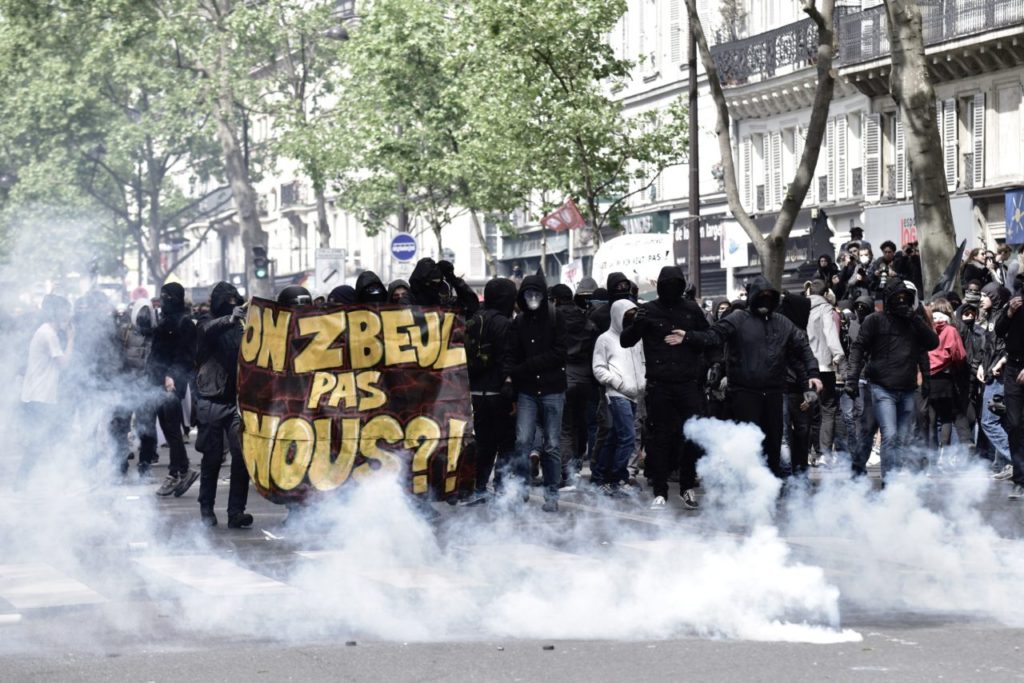 Protesters face French CRS anti-riot police officers during a march for the annual May Day workers’ rally in Paris on May 1, 2017. (PHILIPPE LOPEZ/AFP/Getty) 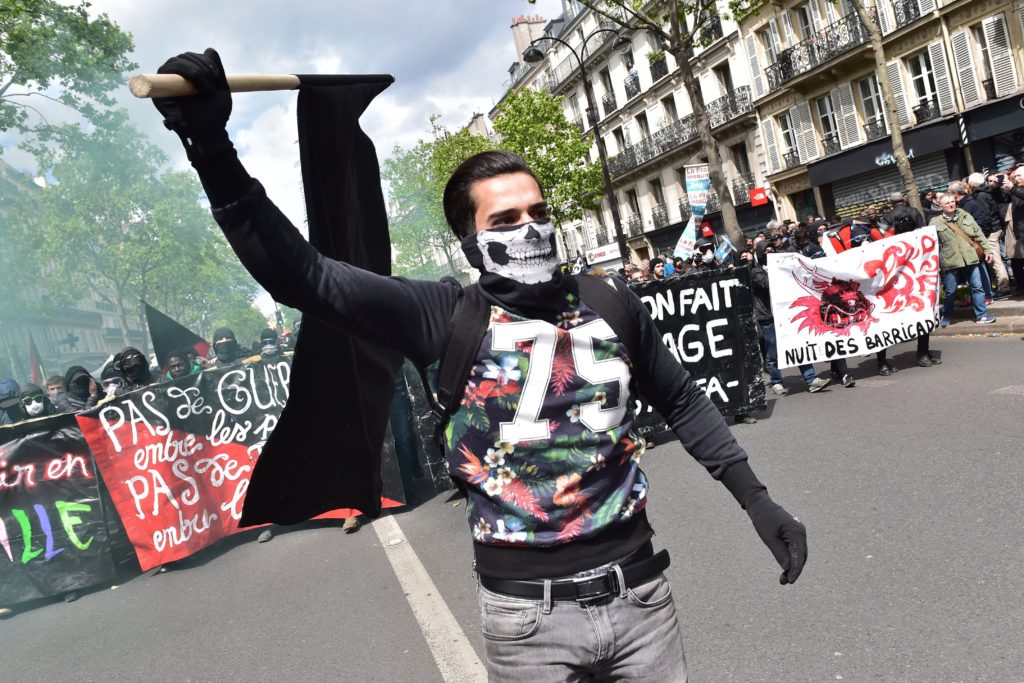 A man holds a flags as he leads a march during the protest for the annual May Day workers’ rally in Paris on May 1, 2017. (CHRISTOPHE ARCHAMBAULT/AFP/Getty)