Finland’s finance minister has added his voice to those calling for European Union funding to be withdrawn from member states which refuse to take in migrants.

Speaking to Reuters, Petteri Orpo called for more conditions to be placed on the allocation of cohesion funds when the EU next draws up its next budget framework, Euractiv has reported.

“Supporting new and developing member states is an important part of the European project,” he said.

“But when we look forward, and at the migrant crisis, we just cannot stand by when payments from the net contributors are welcomed, but burden sharing is not.” 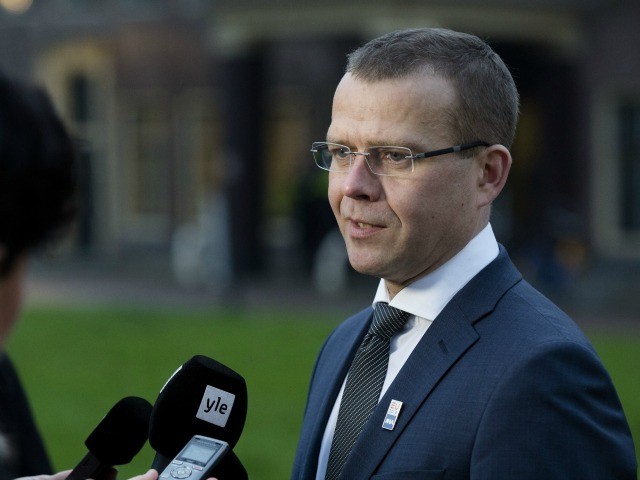 The main beneficiaries of cohesion funds are the poorer eastern countries in the bloc. But many of those same countries have refused to take in a Commission-mandated quota of the migrants arriving in Italy and Greece, arguing they are already having to deal with migrants taking the Baltic route into Europe.

Nonetheless, Orpo insisted that no exceptions could be made, saying: “If we want the EU and its financing to be fair, then we need to be able to discuss this … Our goal is that everyone should be jointly responsible [for dealing with migration].”

“If not, then you should not get the money.”

Orpo’s comments are in line with his centre-right government, which last week released a statement saying it was “essential that EU funding be further conditioned in the future”.

They also echo those of the Austrian Chancellor Christian Kern, who in March told Die Welt: “The money from the EU budget must be spread more equitably among the member countries in the future.

“If countries continue to avoid resolving the issue of migration, or tax dumping at the expense of their neighbours, they will not be able to receive net new payments of billions from Brussels.”

But they deepen the chasm emerging between wealthier western nations, who support measures to rehome migrants within Europe, and eastern bloc nations who take a firmer line.

Even as Orpo was speaking on the subject, the European Court of Justice was deliberating on a case brought by Hungary and Slovakia, supported by Poland, opposing the migrant quotas imposed by Brussels in September 2015.

Hungarian Prime Minister Viktor Orbán said that to accept large numbers of migrants would be “national suicide”, and explaining his decision to pursue legal action, added: “It is not enough to just protest, it must be acted upon.”

Hungary’s hard line on migration led to Luxembourg’s Foreign Minister Jean Asselborn to call for Hungary’s ejection from the EU itself.

Both countries are calling for the distribution quota to be scrapped, and for the European Council to pick up the costs.