Locals in a town in south-west France have built a wall around the entrance to a disused hotel to stop it from being turned into a migrant centre.

According to the group who organised the action, a few dozen residents worked under the cover of darkness to construct the 18 metre long, 1.8 metre high wall to bar access to the former Formule 1 hotel in Séméac.

Protesters said that local authorities had failed to consult residents of the plan to house up to 85 migrants in the disused building, and slammed its location “in a residential area”.

Laurent Teixeira, a spokesman for the group, told AFP: “We not against taking in migrants. But you have to take account of the citizens.

“Nothing has been planned for the migrants’ daily lives,” he added, pointing out that public services in the town of just 5,500 people will be stretched by the newcomers. 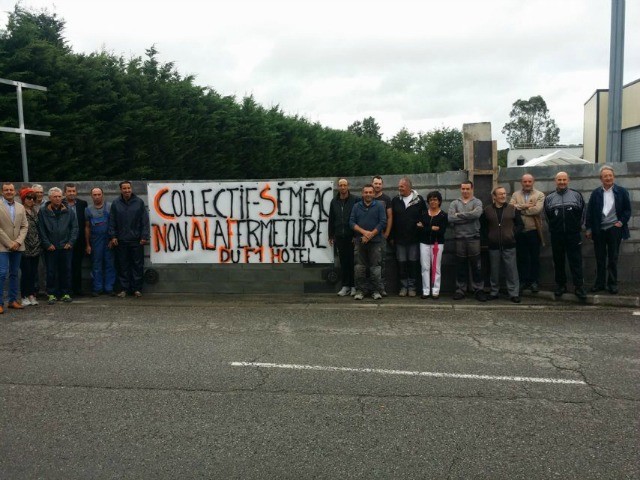 BFM TV reported Tuesday that a number of locals had registered their approval of the wall, with one resident telling reporters: “The group has done well to build this, and it is a good initiative even if it’s not the solution.

“We are afraid of these people [the migrants] and the damage they could do to our community,” the person said, adding: “And I believe many of us share this opinion.”

The group’s action was authorised by Séméac town hall and first deputy mayor of the commune, Philippe Baubay, who declared the wall’s construction to have been “totally legal”.

But according to the 24-hour rolling news channel’s coverage, the wall sparked an outcry from trade unions, associations and some elected representatives, with Communist Erick Barrouquere-Theil announcing that he was horrified by the group’s protest.

“There was the Jericho wall, the Berlin wall, Donald Trump wanted to make a wall. Then to my amazement, I see that this wall is built.

“It is abominable, and today there are no other words I can use to describe it,” he said.