A survey of 25 nations has revealed that countries with higher levels of immigration are changing their attitudes towards it fastest.

In every single nation surveyed a plurality thought that immigration had had a negative effect. An average of 48 per cent said there are too many immigrants in their countries, against 21 per cent who believe there are not.

A majority in most countries also question if refugees are genuine, believe terrorists are posing as refugees, and think border controls should be tightened.

Sweden, which has seen the highest levels of immigration in Europe on a per capita basis in recent years, has also seen the biggest shift in attitudes, with the number of people who view immigration as positive falling from 37 per cent in 2011 to just 25 per cent today.

The number of Swedes who say immigration has increased shot up from 24 per cent in 2011 to 90 per cent in 2016. In Germany, where a million arrived in 2015/16, the figure rose from 22 per cent to 85 per cent. Germans, however, are less likely to have become more negative about migrants, moving up from 16 to 18 per cent in six years. 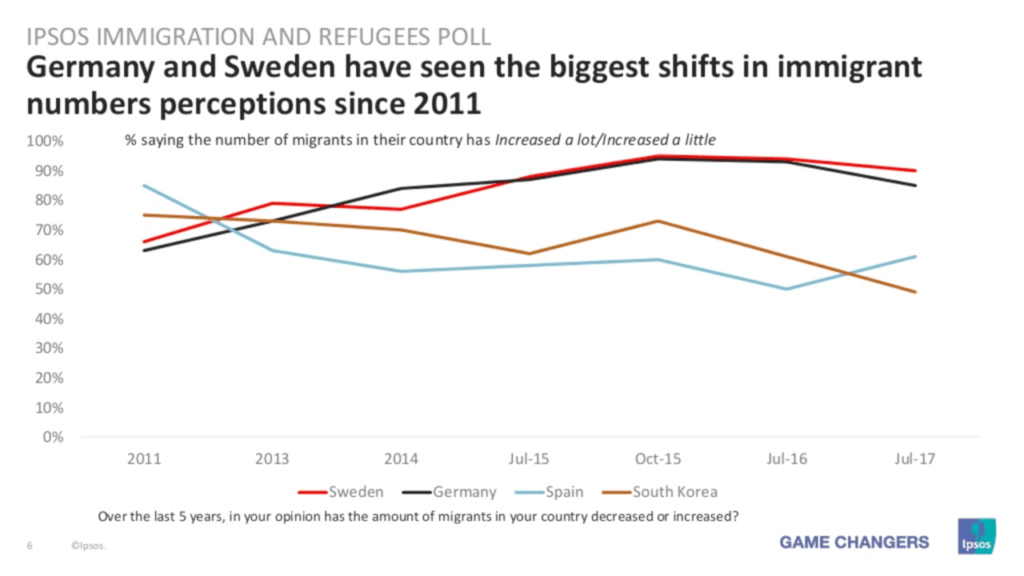 In every single European nation studied, far more people disagreed with the statement that the European Union (EU) had “responded well to the refugee crisis” than agreed.

Hungarians were the most likely to think their nation had responded well, and French the least. 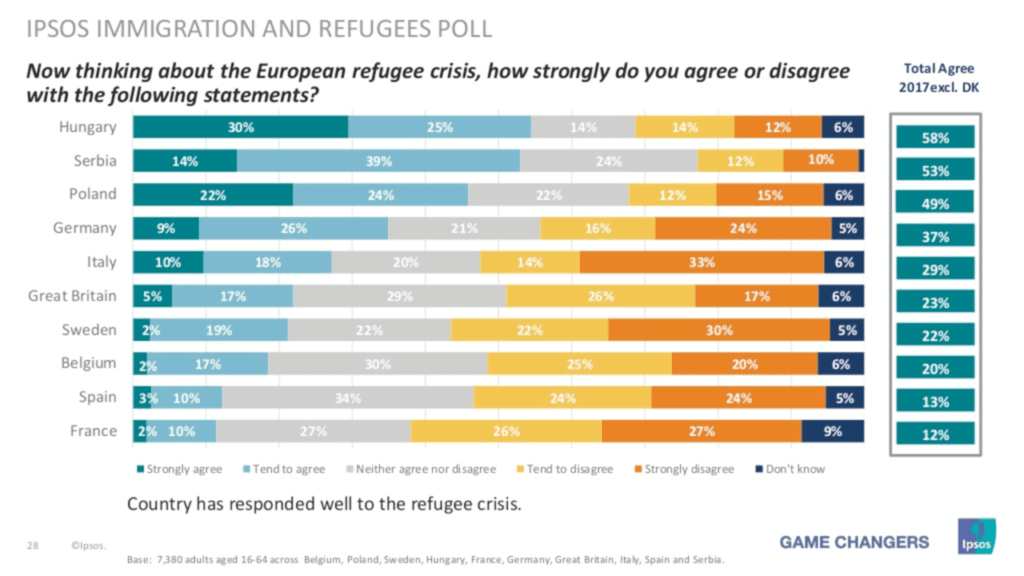 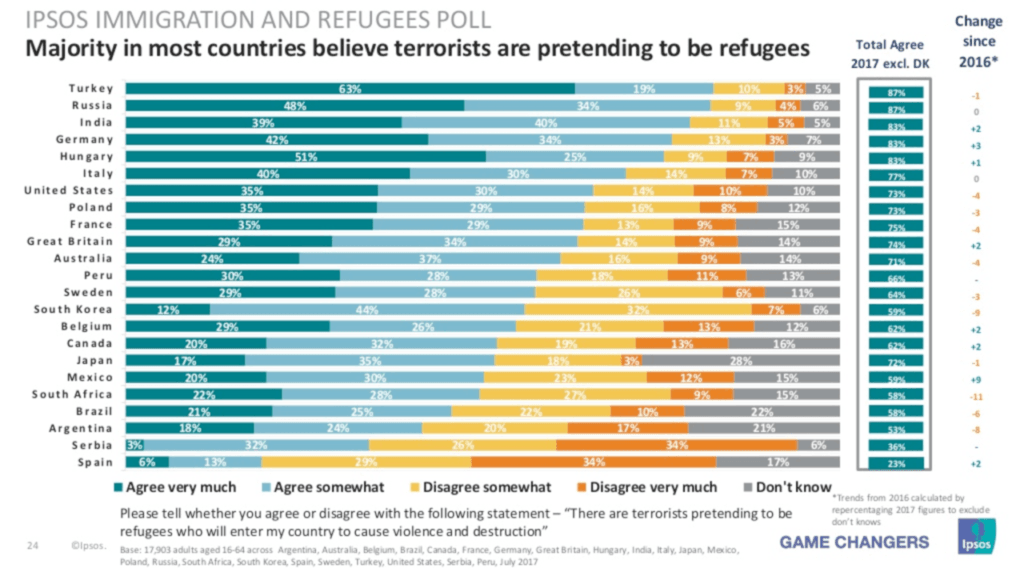 Turkey, the only Islamic nation studied, was by far and away the most anti-immigration nation in many of the categories, with 85 per cent saying the were “too many migrants” in their country.

Bobby Duffy, Managing Director of Ipsos Social Research Institute, commented: “Looking across countries, Turkey stands out as particularly concerned about a number of aspects of immigration, followed by Italy. But we’ve also seen big shifts in views in countries like Sweden and Germany…” 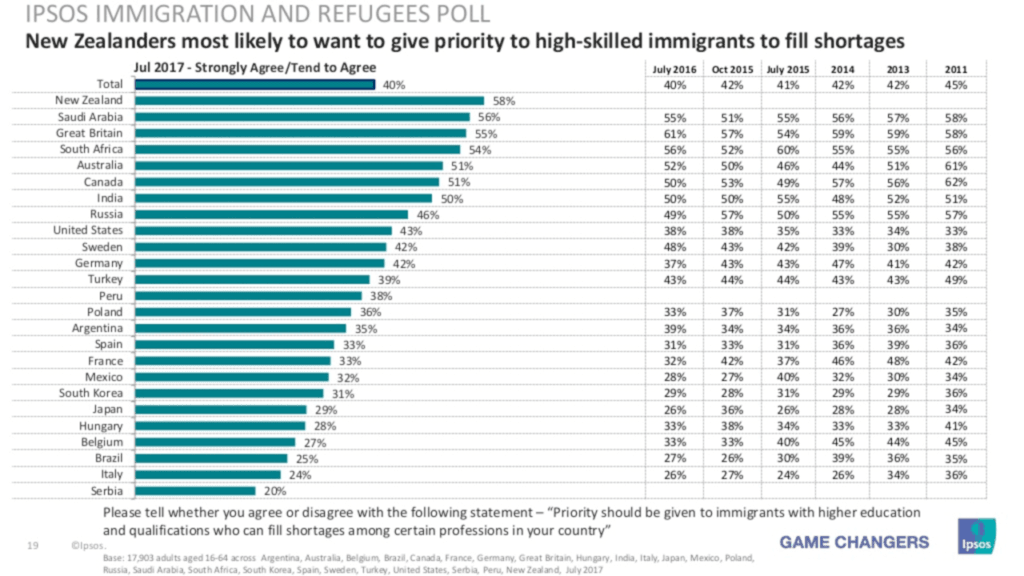 British respondents were among the most likely in the world (55 per cent) to agree with the statement: “priority should be given to immigrants with higher education … who can fill shortages.”

“And there is still a sense that the issue is increasing: three-quarters think there are more immigrants than 5 years ago, similar to the findings in previous waves of the study.”