LONDON (AP) — Heir to the British throne Prince Charles was approved Friday as the next head of the Commonwealth of the U.K. and its former colonies, according to U.K. media reports.

Leaders from the 53-nation Commonwealth, holding a private meeting at Windsor Castle near London, agreed Charles should one day succeed his mother, Queen Elizabeth II, the BBC and other outlets said.

The Commonwealth was formed as Britain’s former colonies gained their independence, and its first head was the queen’s father, King George VI.

Elizabeth has led the group since taking the throne in 1952. However, the position is not hereditary, and some people have suggested a non-royal leader would be more appropriate in the 21st century.

The monarch — who turns 92 on Saturday — said Thursday that she hoped her son and heir would one day “carry on the important work started by my father in 1949.”

The British government backed Charles to succeed his mother, and Canadian Prime Minister Justin Trudeau said he agreed “very much” with the queen’s wishes. 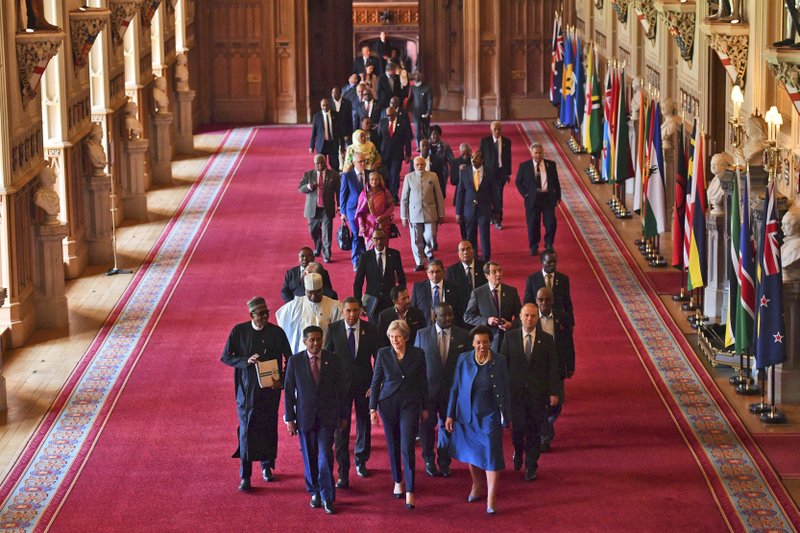 The position is largely symbolic, but the queen’s commitment has been a major force behind the survival of the Commonwealth. She has visited almost every member country, often multiple times, over her 66-year reign.

Charles is a longtime champion of environmental causes, a priority for the Commonwealth. Its members include small island nations in the Caribbean and Pacific that are among the countries most vulnerable to rising seas, fiercer storms and other effects of global climate change.

Protecting the world’s oceans is high on the agenda at the Commonwealth meeting, alongside issues such as cybersecurity and trade.

Britain has tried to use the biennial heads of government meeting to reinvigorate a disparate group that takes in 2.4 billion people on five continents but has struggled to carve out a firm place on the world stage. The U.K. also wants to lay the groundwork for new trade deals with Commonwealth nations after Britain leaves the European Union next year.

But the summit has been overshadowed by uproar over the treatment by U.K. immigration authorities of some long-term British residents from the Caribbean.

May and other government ministers have apologized repeatedly after it emerged that some people who settled in the U.K. in the decades after World War II had recently been refused medical care or threatened with deportation because they could not produce paperwork to show their right to reside in Britain.

The government says they accidentally fell afoul of new measures intended to clamp down on illegal immigration. But opposition politicians say the treatment of the “Windrush generation” — named for the ship Empire Windrush, which brought the first big group of post-war Caribbean immigrants to Britain in 1948 — is cause for national shame.

The scandal deepened with the revelation that officials several years ago destroyed thousands of landing cards of postwar migrants, which could have helped people prove their status.