On Monday, Italian President Sergio Mattarella stopped the appointment of eurosceptic economist Paolo Savona, supported by the populist coalition of La Lega and the Five Star Movement (M5S) and ultimately denied the populists the opportunity to form a government earlier this week.

According to Mr. Gauland, the main issue in Italy is not the overreach of the European Union, but the euro currency. 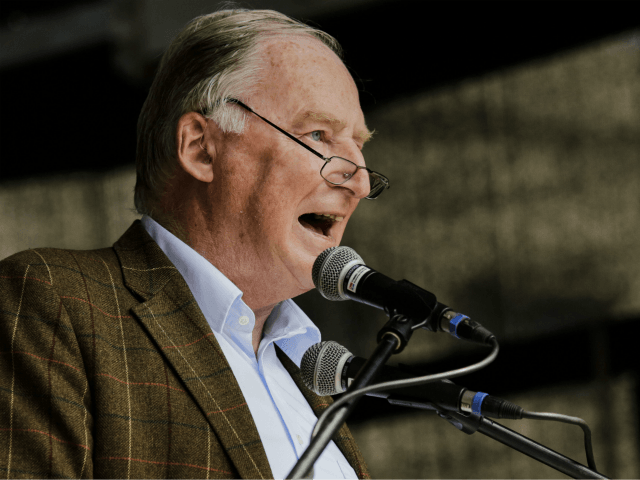 BERLIN, GERMANY – MAY 27: Alexander Gauland of the right-wing AfD Alternative for Germany political party speaks after the demonstration titled ‘Future Germany’ on May 27, 2018 in Berlin, Germany. (Photo by Carsten Koall/Getty Images)

Gauland noted that only by ditching the euro could Italy once again become a competitive market saying: “So you have to leave the European currency, then Italy is free to lower prices, to be more competitive.

‘Italy Should Not be a German Colony’: Salvini Slams EU Demands For €10 Billion Corrective Budget https://t.co/35vJDncMT6

“I know that before the euro was founded you went to Italy and you had to pay less than 100 lira for a twin bedroom, next year lets say you had to pay 150, but the value in German marks was the same.”

“So, it’s a problem of competitiveness of the Italian economy; but with the euro, you can’t be competitive. Italy and Greece, also France has a similar problem,” he told Breitbart London.

With the appointment of a pro-EU interim government under new Italian Prime Minister Carlo Cottarelli, fresh elections are expected later in the year. Some have suggested the possibility of La Lega and the Five Star Movement running as a coalition as many predict they would win in a landslide according to current polling.

Kind of puts it in perspective