Sweden’s third largest city Malmö has opened up nominations to play the lead role in the Christian Saint Lucia procession to men, because “people don’t always identify with a gender”.

The multicultural city’s website announced that nominations for the lead in the Saint Lucia choir procession, traditionally celebrated on the 13th of December in Advent, would not be “chosen based on their appearance or vocal ability” but will be someone who “demonstrated a great commitment to the city and its fellow human beings”.

“Before, we have always asked for a female, but we decided not to do that this year. It’s because we realise now that people don’t always identify with a gender,” ceremony organiser Viveca Byhr Lindén told The Local.

Noting that gender, singing ability, nor appearance will matter, Ms Byhr Lindén added: “We are proud that this is not a beauty contest.”

“We don’t want any pictures of the people who apply, and we don’t care if you can sing,” she said. “We don’t want to get stuck in the traditional Lucia.” 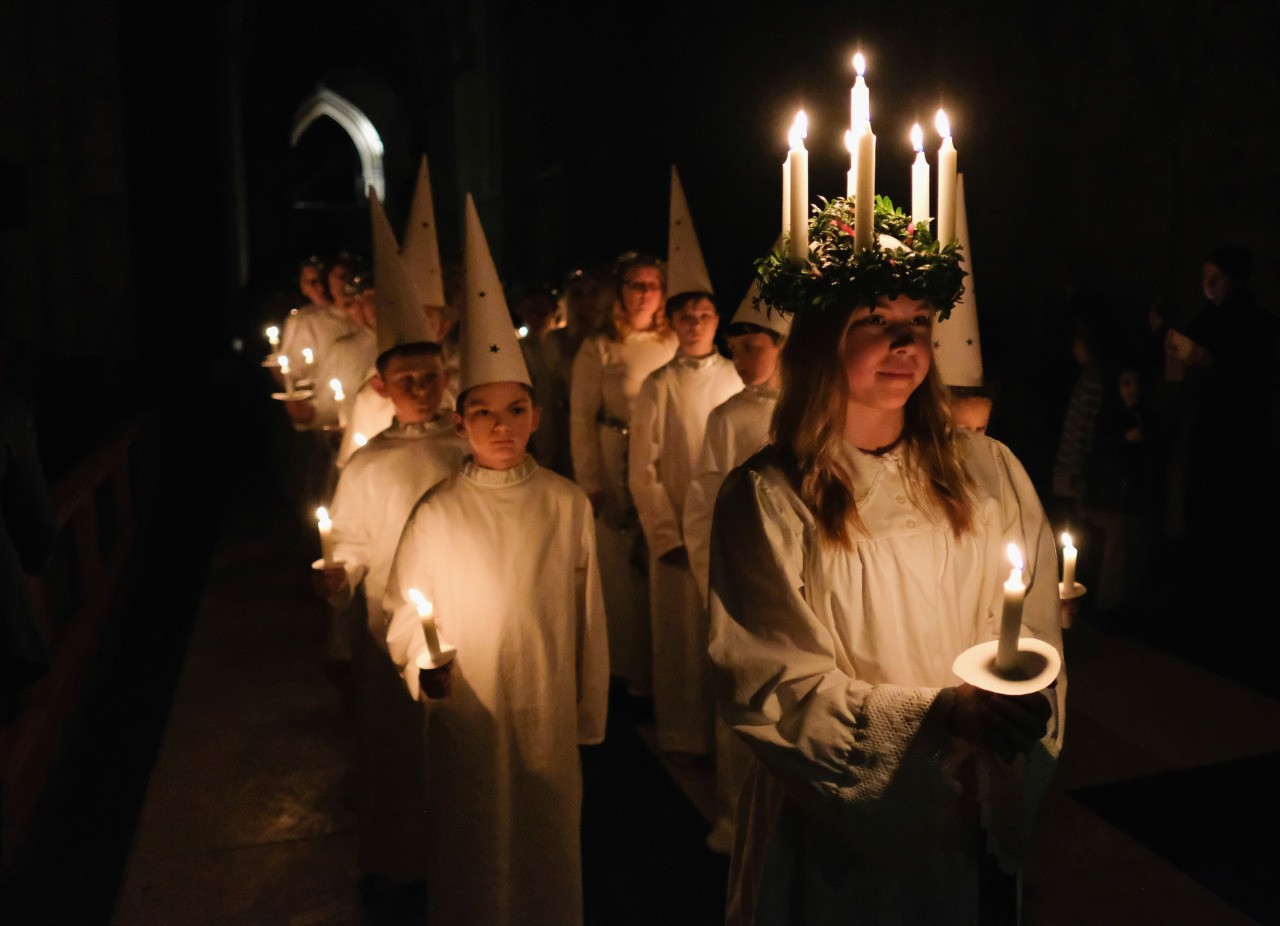 YORK, ENGLAND – DECEMBER 09: Matilda Jarl, 15, from the Jarfalla chamber choir near Stockholm, Sweden plays the role of Lucia as she leads the procession during the Swedish Sankta Lucia Festival of Light service at York Minster on December 9, 2016, in York, United Kingdom. (Photo by Ian Forsyth/Getty Images)

Across Scandinavia, towns and church communities have traditionally chosen a young woman or girl to play Saint Lucia, the fourth-century Sicilian martyr who was believed to have been killed during the Diocletianic Persecution for bringing food to Christians hiding in the catacombs.

Wearing a crown of candles and dressed in white with a red sash, she is heralded as a bringer of light during the long, northern winter months, the event interpreted to signal the coming arrival of Jesus Christ on Christmas day.

Breitbart London reported in 2016 that the procession was dying out, possibly due to the younger generation’s alienation from Swedish culture, with some schools even distancing the celebration from Christianity by renaming it a festival of light to make it more inclusive.

Ethnologist at the Nordic Museum Jonas Engman suggested that its declining popularity may also be due to it being perceived as not welcoming to migrants.

“Is the image of Lucia to be a blonde woman? It’s a picture of what Swedishness is, that many people do not recognise in themselves. If you feel you do not fit into the picture, it is easy to feel less welcome to participate,” Mr Engman said.