Celebrations of the new year across several European countries were marred with violence including attacks on police and emergency services, car burnings along with other forms of violence.

In Sweden, several incidents occurred across the country over the new year, including an attempted murder in Haninge Municipality near Stockholm Swedish broadcaster SVT reports.

The city of Gothenburg saw around 17 fires of both cars and garbage bins although police did not say how many were caused due to stray fireworks. An apartment in the northeast of the city was also set ablaze with residents being forced to jump from the windows to escape the fire.

Fireworks were also used to attack police in Kristianstad but none of the officers was injured in the incident according to police press officer Anna Göransson. Several officers in Stockholm were also attacked with fireworks as well.

Ambulance workers were also attacked in Lysekil after coming to the aid of three security guards who had been beaten by a mob of ten to fifteen people.

In Germany, a 50-year-old man is said to have attempted to have targeted and run over foreigners with his car, in what is being described by police as a xenophobic attack in Bottrop. 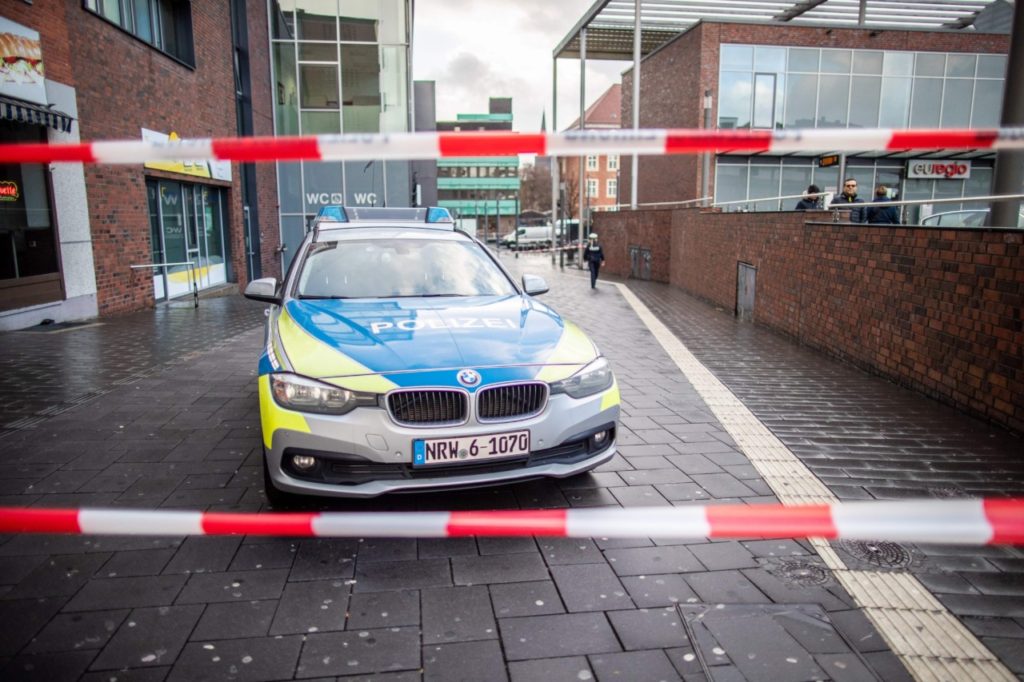 A picture taken on January 1, 2019 in Bottrop shows a police car in a cordoned off area at the site where a man injured four people after driving into a group celebrating the new year, in what police described as an anti-migrant attack. (Photo: MARCEL KUSCH/AFP/Getty Images)

Four individuals, including Syrian and Afghan nationals, were injured in the attack including a 46-year-old woman who was severely injured and a child was also among the victims.

Police later arrested the man after he tried to hit more people and said he yelled xenophobic comments during his arrest and has a history of mental illness.

In the Barmbek area of Hamburg, firefighters were attacked in their vehicle by a mob of people at a local shisha bar after coming to the aid of a man who had been stabbed.

The firefighters locked themselves in the vehicle and called the police who arrived armed with submachine guns along with an ambulance that took the stabbing victim to a nearby hospital. 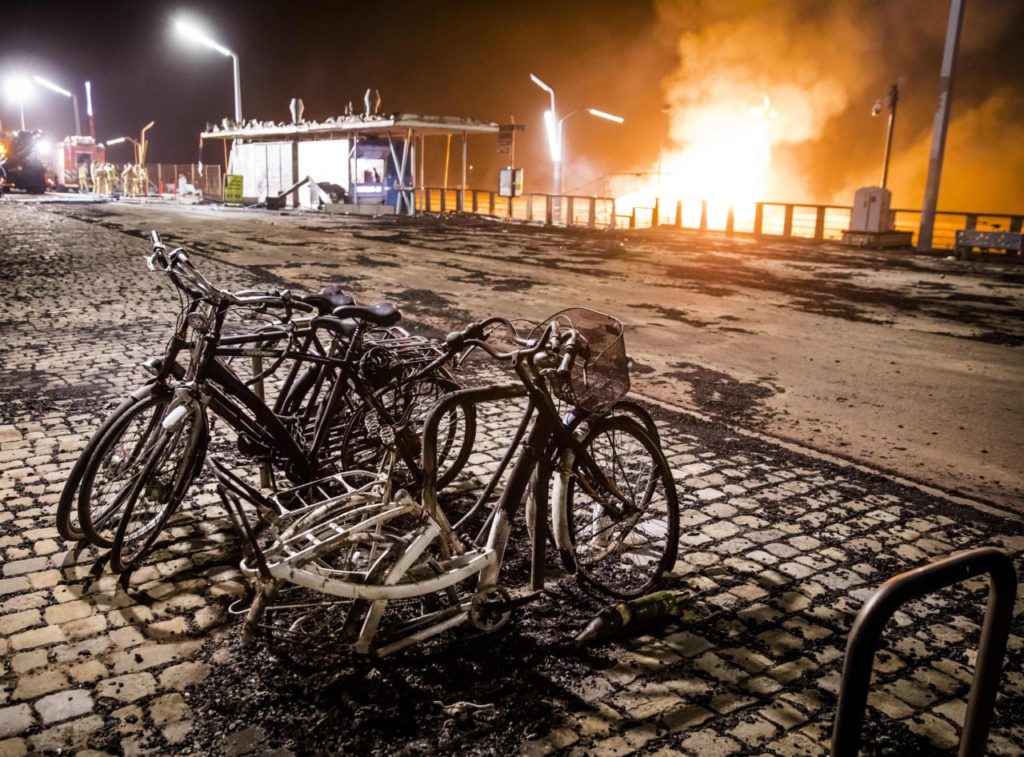 Destroyed bicycles are pictured after a New Years Eve beach bonfire went out of control in Scheveningen a coastal resort near the Hague on January 1, 2019. (Photo: BART MAAT/AFP/Getty Images)

The Netherlands also saw several violent incidents including a group of youths in The Hague who reportedly attacked police and firefighters with fireworks while yelling “Allahu Ackbar.” Firefighters and police were also attacked in Assen. At least two people in the Netherlands died as a result of accidents related to fireworks.

In neighbouring Belgium, several fires were set, including a Christmas tree, in the heavily migrant populated Brussels suburb of Molenbeek which also saw rioting and the ransacking of a local pharmacy. Firefighters who arrived on the scene were pelted with fireworks.

France, which has become famous for car burnings over the New Year’s period, saw at least 99 cars set on fire in the migrant-populated Seine-Saint-Denis area outside Paris and a total of 31 arrests.

40 cars were destroyed by fires in the Alpes-Maritimes region with firefighters forced to attend to a total of a hundred different incidents.

More car burnings occurred in several other French cities including in Yvelines where 41 cars were destroyed as a result of being set on fire and another 13 were damaged due to the fires.

The most serious incident of the New Year occurred in Manchester where a man entered Manchester Victoria railway station and stabbed three people including a police officer while allegedly yelling “Allah!” Police later said they were treating the incident as terrorism-related.