One notable member of the new MEP candidates for the anti-Brexit party is Jessica Simor QC, who worked in the legal team that forced the Government to seek Parliament’s permission to invoke Article 50, the mechanism for leaving the EU.

The crown in the jewel of the candidate applicants from “all walks of life”of “teachers, nurses, carers, ex-armed forces, public sector, and private sector” that were selected was former BBC journalist and CUK launch keynote speaker Gavin Esler, who called for a second referendum to stop the UK leaving the EU.

“I’ve joined this party for three reasons: stop Brexit, fix Britain, and move on to reform the EU and the first step is a people’s vote because we have to stop Brexit now!” Esler told the audience before lashing out at Brexit campaigners, saying they “stole our patriotism, and I want it back.”

Despite going on to state that he was the first in his family to be educated at a university, Mr Esler failed to distinguish between figurative and literal language when he evoked comments from Brexit Party leader Nigel Farage in May 2017 — where Mr Farage said that if Brexit were not delivered he would “be forced to don khaki, pick up a rifle, and hit the frontline” of the Brexit battle again — as if the metaphor were a call for actual violence, and said words like “betrayal” were “hate speech.”

“These people have been rumbled which is why there has been talk of ‘taking up a rifle,’ ‘no more Mr Nice Guy,’ ‘betrayal’ and all that hate speech directed at people, including those of you in this room… It’s nasty, it’s mean, and they’re wrong,” he said. 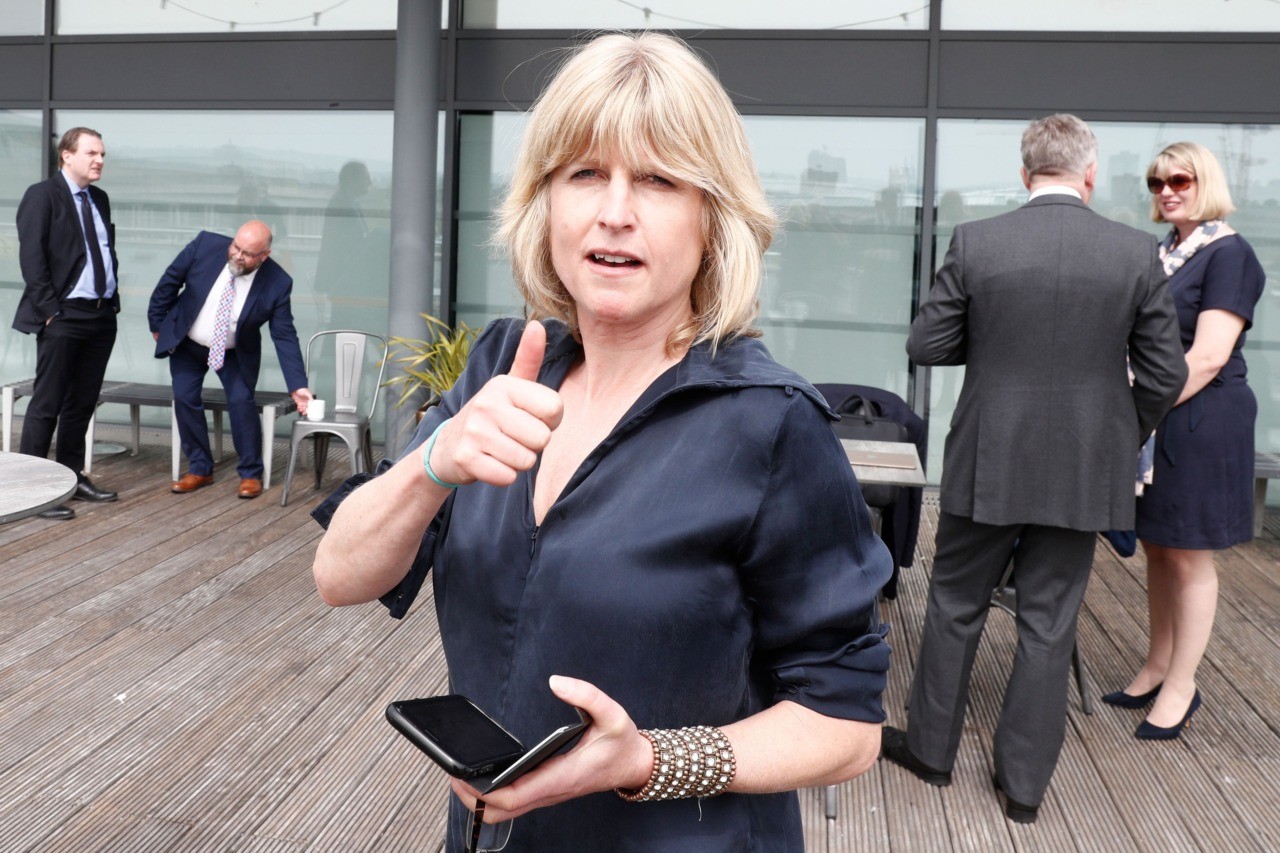 Rachel Johnson, candidate for the new pro-EU political party, Change UK takes part in the launch of their European election campaign in Bristol on April 23, 2019. (Photo by ADRIAN DENNIS/AFP/Getty Images)

Ms Johnson told the Evening Standard that Brexit “is simply not fair” and that leaving the EU would forever “rub… out my children’s prospects and chances of living and travelling and working in Europe.”

Delingpole: Britain's New 'Centrist' Anti-Brexit Party Is the Problem, Not the Solution — https://t.co/DmB7UyKSnS