Citizen journalist and pundit Tommy Robinson has announced his candidature for the European Parliament elections.

The founder and former member of the English Defence League (EDL) will be running as an Independent candidate in the North West England constituency in the May 23rd poll, according to the BBC, pledging to represent “the working class of England” if elected.

Launching his candidacy at a housing estate in Wythenshawe, south Manchester, on Thursday, Mr Robinson told the crowd, “If you want to leave the European Union then you need to vote for me.

‘The reason we are betrayed is because we don’t vote – I’ve never voted because there is no one to vote for. We need to take their seats,” he continued, describing his run as a “David vs Goliath” moment.

According to The Guardian, the event was attended by some 300 people. Police, who were present at the launch, reportedly told the anti-Islamisation activist that the barbecue he had arranged for his supporters could potentially be in breach of electoral law on grounds that he was bribing voters with free burgers and hot dogs. 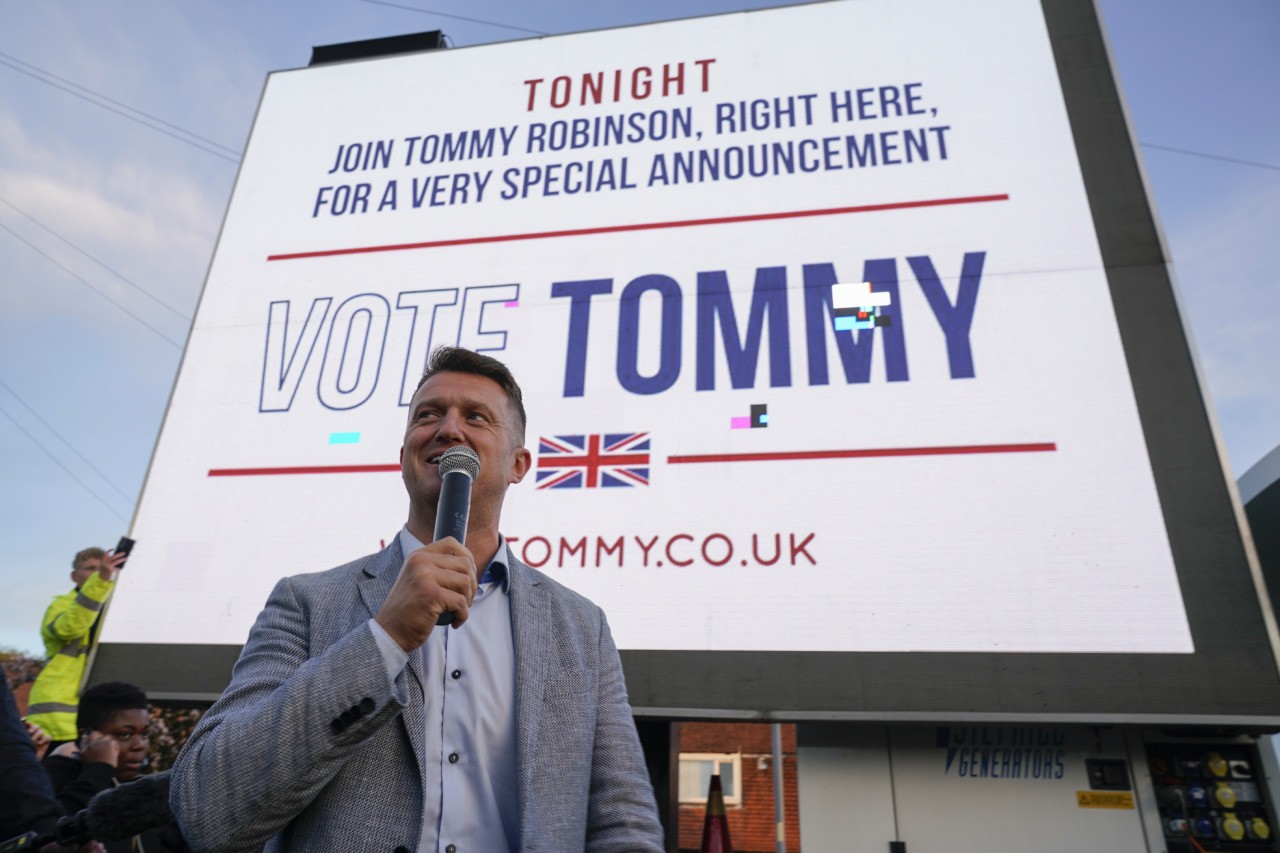 Writing on his campaign website, Mr Robinson said, “The election on 23rd May is how we fight back. Put me right inside the EU and they won’t know what hit them.”

“If you elect me to the European Parliament, I’ll represent you, the working class of England,” he pledged.

“Whether it’s enforcing our borders and cutting back on immigration, or taking back our national sovereignty to make British decisions in Britain, or fighting to preserve our national identity against Islamification, I’m on the side of the people.”

Remarking on the makeup of the current political class, Mr Robinson said, “Right now, only 4% of our MPs are working class and it shows.

“The elites want it business as usual — the big politicians, the big banks, the big media. The entire establishment is against Brexit. Everyone’s against it but the people.”

Some 60 candidates are running for the eight seats allocated to the North West England region in the European Parliament. The last election, in 2014, saw three seats go to UKIP, three to Labour, and two to the Tories.

Newer parties are also in the race including pro-Remain Change UK (CUK) and the Brexit Party, with former Marxist and free speech campaigner Claire Fox running for the Nigel Farage-founded party.