HONG KONG — Hundreds of thousands of pro-democracy protesters filled the streets of Hong Kong island late on Saturday afternoon and into the night, flouting government bans imposed against public assembly.

Saturday marked the fifth anniversary of Beijing’s rejection of an appeal for universal suffrage for Hong Kong that ignited the 79-day “Umbrella Movement” in 2014.

Many of the mostly peaceful protesters wore black along with face masks to avoid identification from facial-recognition technology, while some sported plastic suits as protection against police water cannons that fired an indelible blue liquid that burned the skin, causing irritation and swelling. 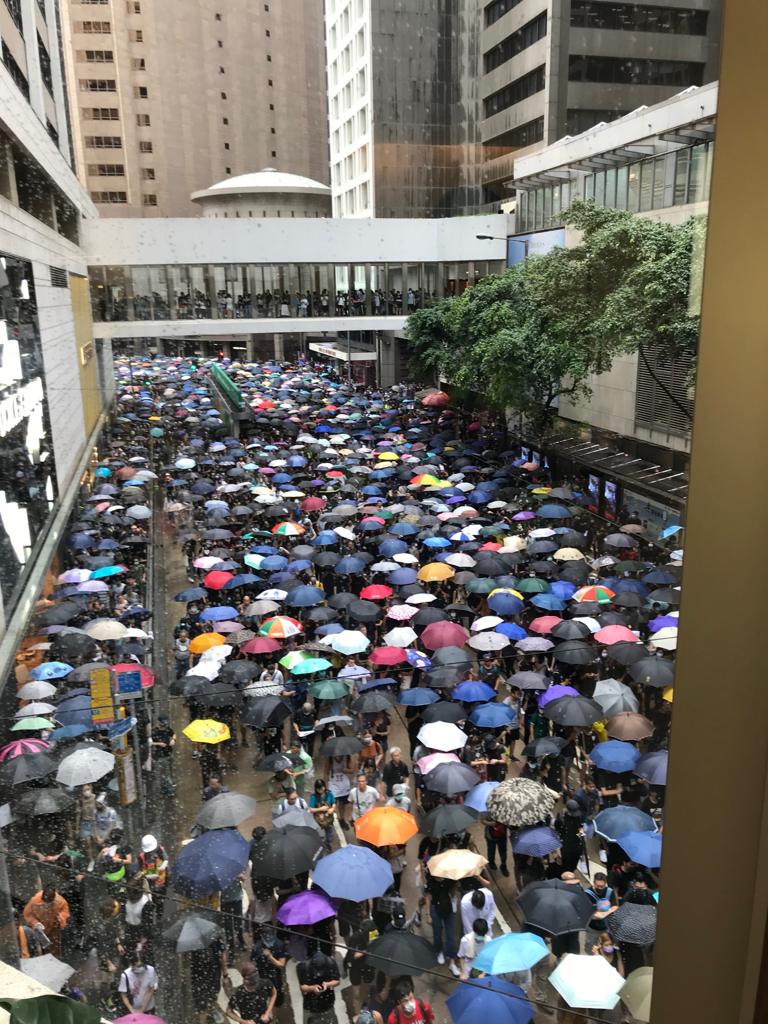 One organizer known as “Ling-Ling” told Breitbart News that the youth are resisting Beijing’s slow but methodical encroachment into Hong Kong life, evidenced in education, media, government, and immigration.

“China has been buying up bookstores and publication houses,” Ling-Ling said, “and communist literature is becoming the norm in bookstore windows, something completely foreign to our traditions here.”

The 13 weeks of demonstrations began in June, following efforts by Hong Kong’s pro-China Chief Executive Carrie Lam to push through legislation that would allow extradition of Hong Kong nationals as well as foreigners to be tried in mainland China.

The extradition bill was suspended but not permanently withdrawn, and many in Hong Kong fear it is just a matter of time before it resurfaces.

One of the five key points of contention underscored by demonstrators has been the erosion of Hong Kong’s democracy. While Hongkongers still vote for their representatives, they do so out of a pool of candidates vetted by Beijing, so that only pro-China politicians can be elected. 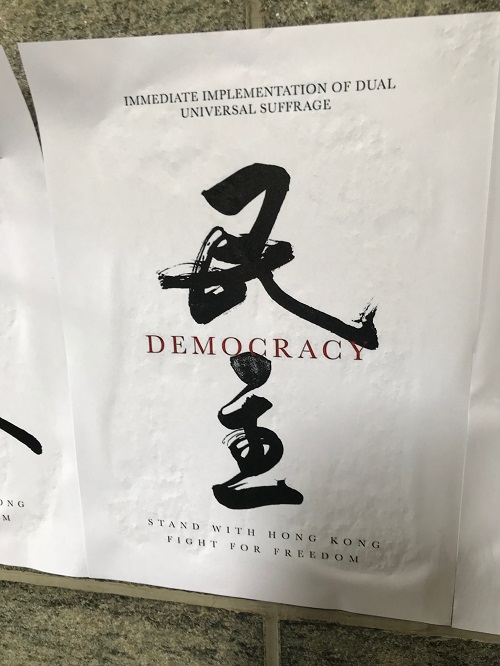 Moreover, every day of the year some 150 Chinese migrate on average into Hong Kong, in what many Hongkongers believe to be a systematic effort to dilute the Hong Kong population, making it more amenable to Chinese rule by bringing in residents who grew up without the freedoms that native Hongkongers take for granted.

As the protests advanced into the night Saturday, they became more contentious and demonstrators clashed with riot police at a number of points around Hong Kong island.

Around the city, brick sidewalks were torn up and used as weapons to throw at police, who came armed with tear gas, water guns, and rubber bullets, as well as live ammunition. 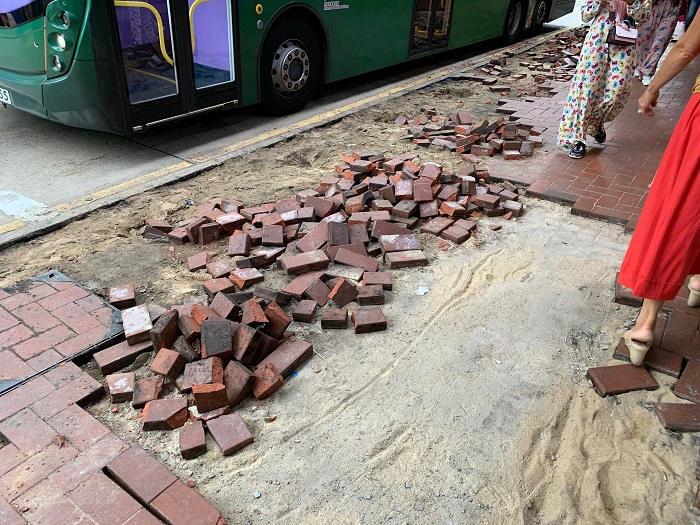 For the second time in a week, police fired live rounds into the air in an effort to repel a mob near Victoria Park.

Protesters have decried the use of “excessive force” by police, calling for an independent investigation into their tactics. They claim that video footage shows a number of so-called Hong Kong police speaking in Mandarin, instead of the local Cantonese language, suggesting that Chinese police have been brought in to supplement Hong Kong security forces.

In mid-August, over 1,000 doctors and nurses staged a sit-in against police brutality, saying they had treated numerous serious wounds including broken bones and head wounds caused by police. During lunch hour protests, physicians, nurses, and health workers from 13 public hospitals joined demonstrations wearing black masks, some of them wearing white eye patches in protest against the eye injury suffered by a female demonstrator in Tsim Sha Tsui.