THE HAGUE, Netherlands (AP) — Thousands of Dutch construction workers converged on The Hague on Wednesday to protest restrictions they say are crippling their industry, the latest large-scale demonstration against the government’s environmental policies.

A central park in The Hague filled up early with trucks, diggers, cranes and construction workers in orange high-visibility jackets. The demonstration disrupted traffic around The Hague for hours, forcing police to block the main highway into the city to prevent even more trucks from arriving.

The industry is protesting government limits on nitrogen emissions and rules about transporting sand and earth contaminated with tiny amounts of chemicals known as PFAS , which are used in firefighting foam, nonstick pots and pans, water-repellent clothing and many other household and personal items.

The protests underscore how difficult it is for the Dutch government to push through reforms aimed at cleaning up the environment and reducing emissions without hurting essential industries like construction and agriculture.

Maxime Verhagen, chairman of an umbrella organization for the construction industry told the demonstrators on Wednesday: “We want to work. Cabinet, do something about it now.” 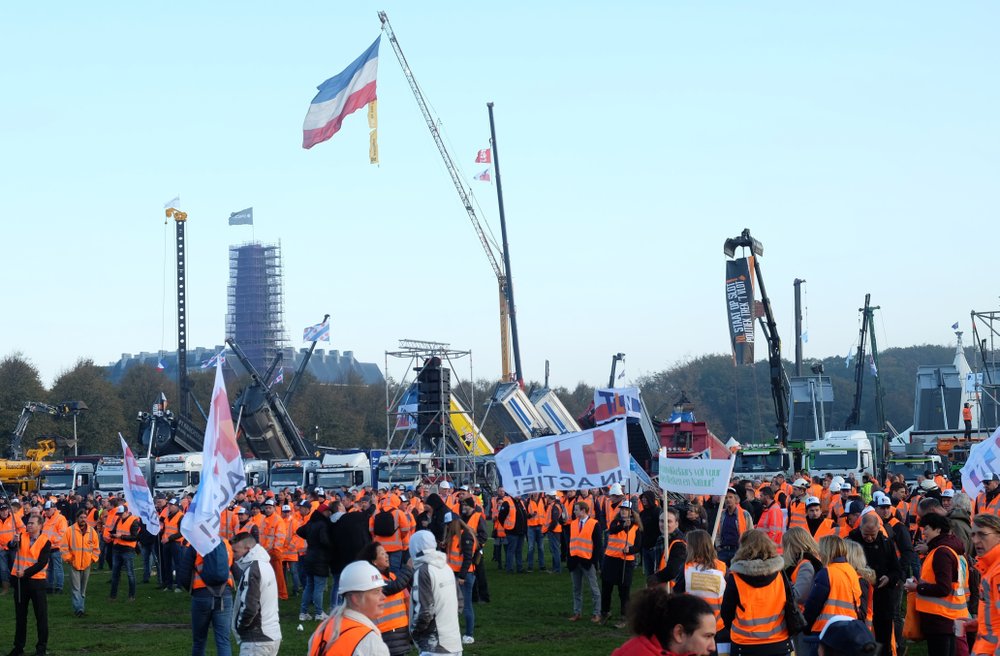 Dutch construction workers gather for a demonstration against the government’s environmental rules, in The Hague, Netherlands on Wednesday, Oct. 30, 2019. The industry is protesting government limits on nitrogen emissions and rules about transporting sand and earth contaminated with tiny amounts of chemicals known as PFAS. (AP Photo/Mike Corder)

His organization carried out a survey of its members that showed some 308 projects worth more than 3 billion euros ($3.3 billion) have been affected by PFAS limitations.

The government has pledged to relax some of its guidelines to help builders.

“This country is not going to be locked up,” Agriculture Minister Carola Schouten told the construction workers.

Teachers also are planning a nationwide strike next month to protest their working conditions.