BUDAPEST, Hungary (AP) – The captain of a cruise ship involved in a May 2019 collision on the Danube River in which 28 people were killed has been charged for his alleged responsibility in the incident and should be sentenced to nine years in prison, prosecutors in Hungary said Thursday.

The 64-year-old captain of the Viking Sigyn river cruise ship, identified only as Yuriy C., was charged by Budapest prosecutors with negligent endangerment of water traffic leading to a fatal mass catastrophe, and 35 counts of failing to give assistance.

Only seven of the 33 South Korean tourists aboard the Hableany (Mermaid) sightseeing boat survived the nighttime collision. The boat´s two-man Hungarian crew was also killed when the Hableany capsized and sank in seconds on May 29 at the Budapest´s Margit Bridge, near the country´s Parliament building.

The remains of a female South Korean tourist have yet to be recovered.

Prosecutors asked the Pest Central District Court to convict the captain and sentence him to nine years in prison along with a nine-year ban on operating waterborne vessels if he pleads guilty at a preliminary hearing and renounces a trial.

The captain was recently released from detention but must wear an electronic tracking device and is not allowed to leave his designated residence without permission. 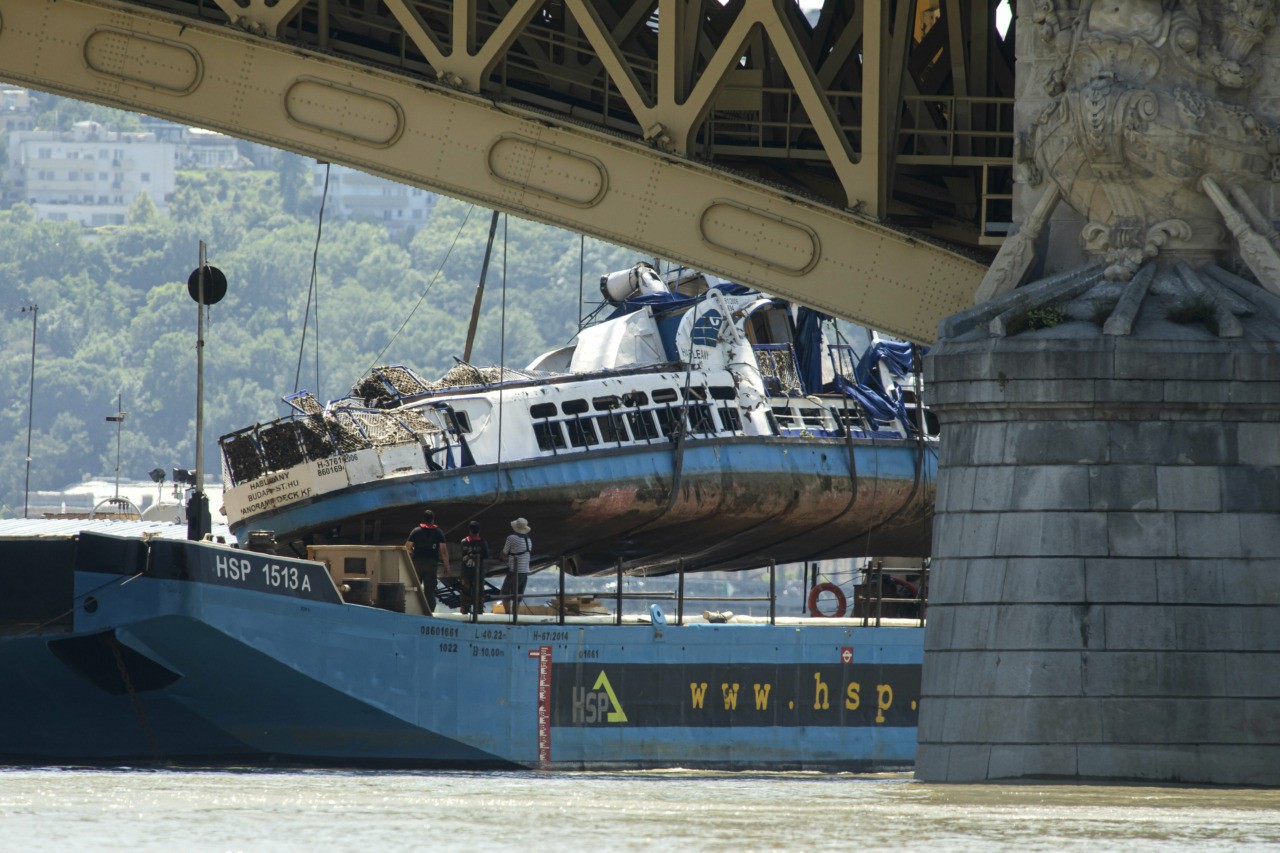 A crane places the wreckage of the sightseeing boat on a transporting barge at Margaret Bridge, the scene of the fatal boat accident in Budapest, Hungary, Tuesday, June 11, 2019. The Hableany sightseeing boat carrying 33 South Korean tourists and two Hungarian staff was crashed by a large river cruise ship and sank in the River Danube on May 29. Seven tourists survived, twenty people died, eight persons are still missing. (Balazs Mohai/MTI via AP)