Three British citizens and 63 Canadians are said to be among the dead after a Ukranian passenger flight crashed minutes after departing from an airport in Iran, just hours after the rogue regime conducted missile strikes against American military targets in Iraq.

A total of 176 people died after a Ukranian owned Boeing 737 crashed just eight minutes after taking off from Imam Khomeini International Airport in Tehran in the early hours of Wednesday morning, killing everyone on board. According to the Ukranian minister for foreign affairs, the victims by nationality were 82 Iranians, 63 Canadians, 11 Ukrainians including the nine crew, ten Swedish, four Afghans, three Germans, and three British. 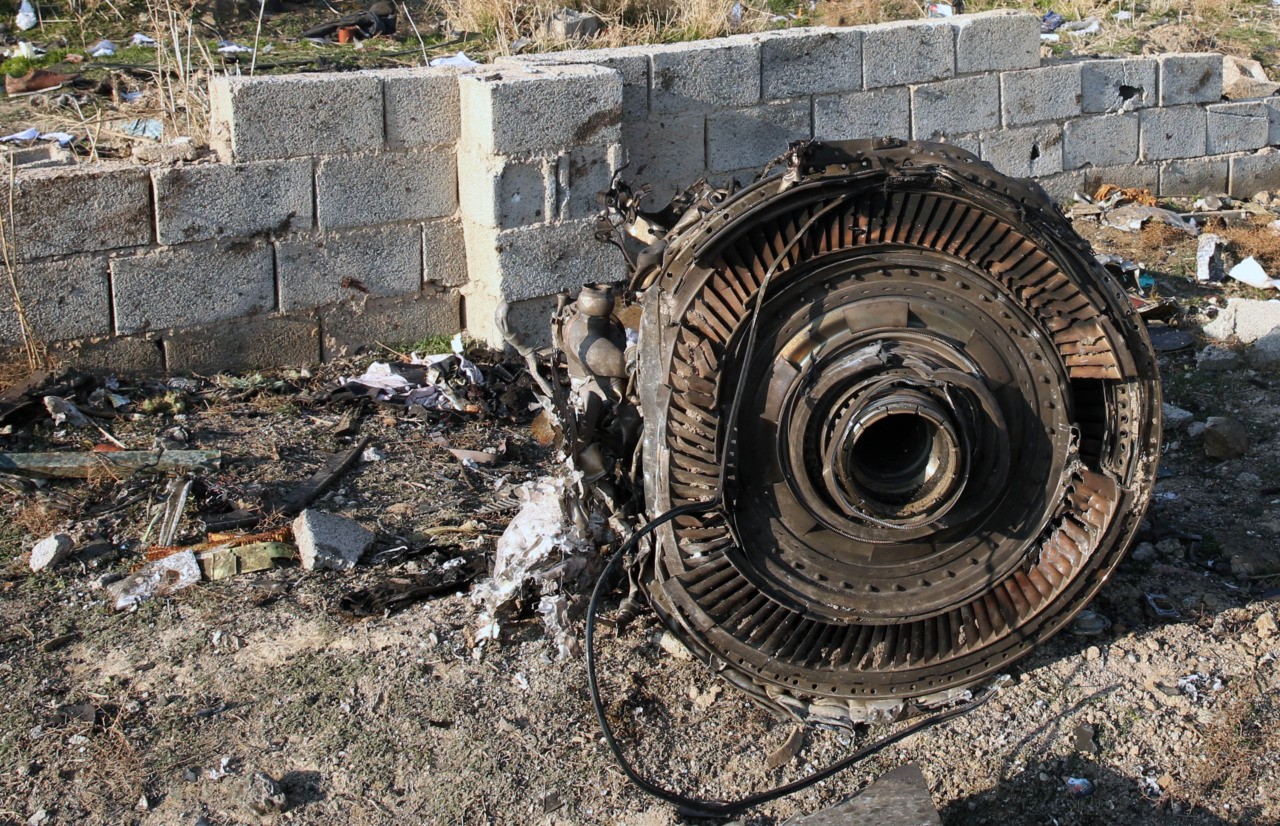 An engine lies on the ground after a Ukrainian plane carrying 176 passengers crashed near Imam Khomeini airport in the Iranian capital Tehran early in the morning on January 8, 2020, killing everyone on board. – The Boeing 737 had left Tehran’s international airport bound for Kiev, semi-official news agency ISNA said, adding that 10 ambulances were sent to the crash site. (Photo by -/AFP via Getty Images) 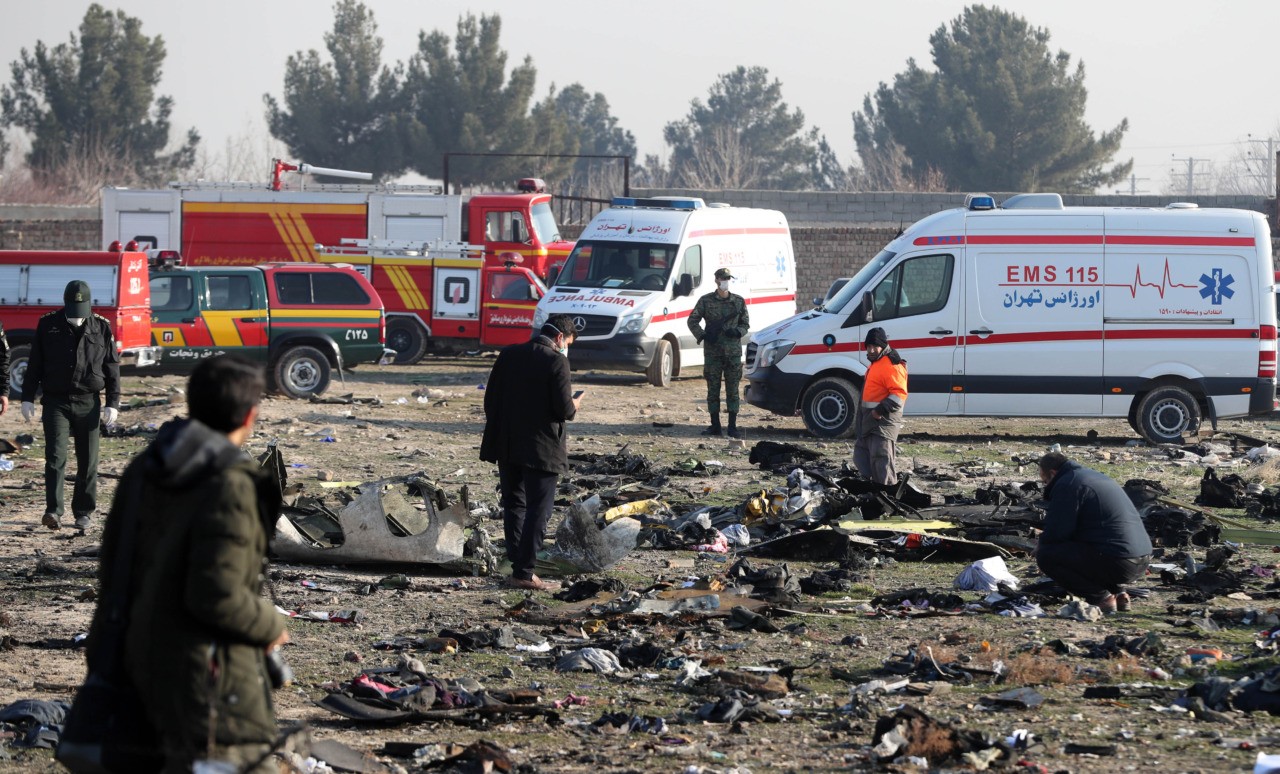 Rescue teams work amidst debris after a Ukrainian plane carrying 176 passengers crashed near Imam Khomeini airport in the Iranian capital Tehran early in the morning on January 8, 2020, killing everyone on board. (Photo by -/AFP via Getty Images)

The Ukranian embassy in Iran initially blamed engine failure for the crash and denied any terrorist involvement, however, the embassy later retracted the statement saying that all options are being considered, reports The Telegraph.

Ali Abedzadeh, the chief of Tehran’s civil aviation organisation said that Iran will not hand over the plane’s black box to Boeing, according to Reuters.

In response to reports of engine failure, Ukrainian International Airlines (UIA) who operated the Boeing 737 aircraft said that there was “nothing wrong” with the plane, which is reported to have been serviced two days prior to the crash and was under four years old.

“The aircraft was in good condition… We guarantee the serviceability of our aircraft and the high qualification of our crews”, President of UIA Yevgeny Dykhne said in a press briefing.

Ali Hashem, a BBC correspondent in the region tweeted out a video that purportedly shows the plane on fire while still in the air, although the footage has not been confirmed.

#Breaking First footage of the Ukrainian airplane while on fire falling near #Tehran pic.twitter.com/kGxnBb7f1q

The UK Foreign Office said in a statement: “We are deeply saddened by the loss of life in the plane crash in Iran overnight. We are urgently seeking confirmation about how many British nationals were on board and will do all we can to support any families affected.”

So far airlines from Russia, Ukraine, France and China have suspended flights over Iran and Iraq, in response to the crash.

The Boeing 737-800 that crashed over Tehran is a similar airframe to the 737 Max 8 aircraft which was grounded last year after the aircraft suffered two fatal crashes. The 737-800 is not the exact same aircraft, however, and runs on different software than the beleaguered Max 8.

The fatal plane crash in Iran occurred just hours after the theocratic regime in launched over a dozen ballistic missiles against U.S. airbases in Iraq, as a retaliatory strike after American drones killed Iran’s terrorist general Qasem Soleimani. So far it is not clear whether the crash is related to a wider retaliation scheme by Iran, or was a tragic accident.