Prince Harry and Princess Meghan astounded the world — and the Royal family, apparently — when they announced they were giving up on their senior royal duties and decamping to Canada. In fact, Meghan has gone already — appearing to leave Harry to pick up the pieces at home.

And it’s a shame, because the UK really did seem ready to embrace its new American princess when the pair tied the knot in a fairytale wedding at Windsor in 2018. Furthermore, the British people really do support the monarchy and do tend to cut them a lot of slack. So what could possibly have gone wrong?

So, it turns out that British people really aren’t that fond of hypocrisy. And one of the most obvious forms of the art this century has come from the media class, lecturing the ordinary folk on not taking flights while on jet aircraft themselves.

Meghan — and by extension, Harry— has turned out to be an absolute master of the genre. Flying to Africa to hector the rest on climate change was a highlight — working to save the world, one private jet at a time.

The fact is, being a Royal is a pretty globetrotting job and folk accept that — the British monarchy is also the monarchy for 15 other Commonwealth Realms worldwide including Canada, Australia, New Zealand, and Papua New Guinea. Far from hating on the Queen for the flights she makes, Britons really love the modest way she also travels by train a lot, in preference to the private motorcade or helicopter, without feeling the need to lecture everyone about it.

Indeed, the Queen often skips the more expensive Royal Train altogether these days, and is sometimes seen travelling on ordinary public commuter trains, going with only a single aide to carry her bags. Well, she is 93, after all. 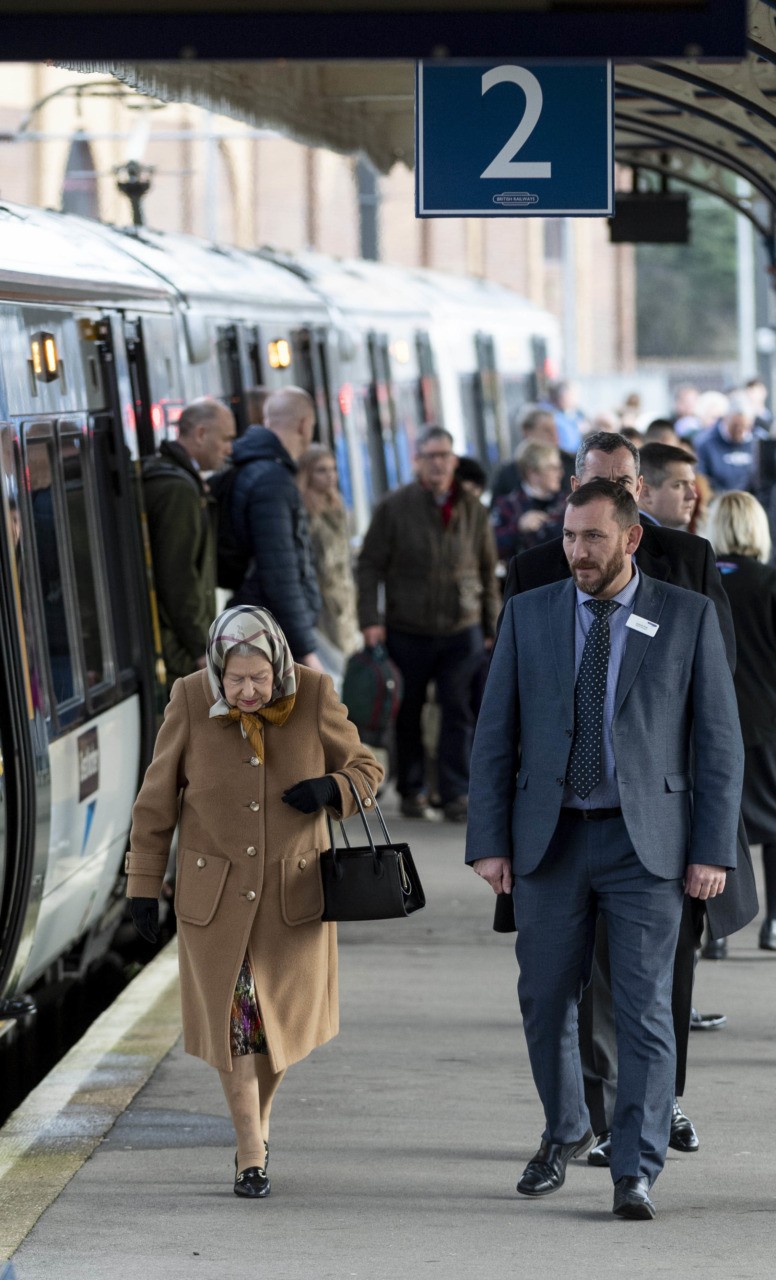 –Because stoicism is for other people–

The famous British stiff upper lip has taken a mighty beating in the modern era — amid the army recruiting millennial snowflakes and young men being encouraged to talk about their feelings rather than learning to regulate them like sane, well-adjusted people. It is small wonder there’s any sangfroid left to shore up a civilised society at all.

But even so, perhaps the United Kingdom’s much-reduced sense of reserve is not easy to acclimatise to if coming from the emotions-trump-facts luvvie world of Hollywood. Nobody expected Meghan Markle to break with Royal protocol in a television interview with British network ITV in 2019 to talk about how hard her life was — not least the interviewer, who appeared genuinely amazed to have his questions answered.

Describing marrying into one of the wealthiest, powerful, and respected families on the planet, former U.S. television actress Meghan told the documentary her life was “hard” and a “struggle”.

So there you go.

It may have been the case that Meghan privately believed that under the staid exterior, curly sandwiches, and luke-warm tea the British people were actually mega-woke and just praying that some forward-thinking Royal would finally bring up their children as gender-neutral.

Talking about feeling the “embryonic kicking of feminism” from your unborn child and declaring you’d not have too many children because climate change — which certainly wins applause in narrow, liberal circles — just comes across as a bit odd to the majority.

Could there possibly be truth in the impression given that Princess Meghan expects to be treated as more Royal than the Royals?

The papers have run with repeated claims that Meghan has had to be told off by other Royals including Princess Catherine and the Queen herself for failing to treat members of the Royal staff with sufficient respect. That’s just not the way things are done in Britain — you treat the lowliest with a respect those in other nations might reserve only for the highest, or at least you’re meant to.

In fact, revulsion at the haughty way a growing number of well-to-do people regard those at the bottom of the ladder was one of a thousand little nudges that pushed the United Kingdom to vote for Brexit in 2016 — have no doubt. The idea that the Queen would be rude to a member of the public just rings hollow.

Through an entirely separate Royal scandal in the past year we now know, supposedly, that well known Royal princesses occasionally go out for dinner with their Duke fathers at local branches of entirely ordinary eatery Pizza Express. A far cry from Meghan and Harry banning their neighbours from petting their pet dogs and ordering tennis fans to put their cameras away at Wimbledon because the Princess was present — despite sitting very prominently in the Royal box for all to see.

Prince Harry is — was — really popular with the British people. And little wonder. He was the handsome attack-helicopter pilot who served on the front line with the infantry in Afghanistan prone to occasional silly decisions (extremely questionable fancy dress choices and turning up naked at a pool party, for instance). He was the man who tragically lost his mother at a young age in the public eye and has devoted much of his adult life to charity work.

The well of public sympathy for Harry in Britain is deep.

And yet, rightly or wrongly, the public has perceived a sudden change in the party Prince in a very short space of time, and Princess Meghan being at the helm during that adjustment.

Country pursuits are a key part of the social calendar for the family Meghan married into — yet Harry made headlines in 2017 when he declined to attend the Royal family’s traditional Christmas shoot. This reportedly was to please his “flexitarian” activist then-fiancée.

Harry once took his military roles very seriously. But now the British tabloid press reports the Royal Marines, who he enjoys the honour of leading, haven’t heard from him in “months”. What is going on? 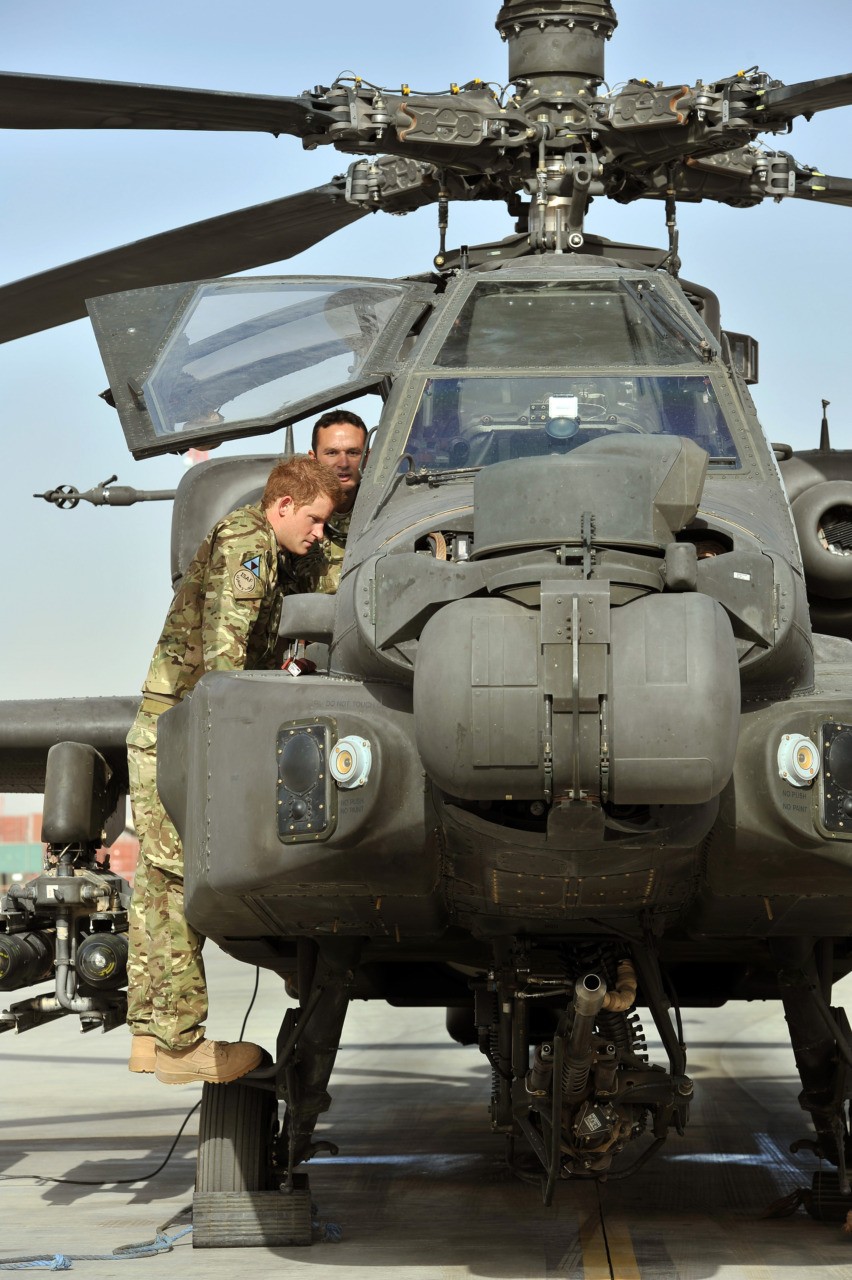 CAMP BASTION, AFGHANISTAN – SEPTEMBER 07: Prince Harry examines the 30mm cannon of an Apache helicopter with a member of his squadron (name not provided) on September 7, 2012 at Camp Bastion, Afghanistan. Prince Harry has been redeployed to the region to pilot attack helicopters. (Photo by John Stillwell – Pool/Getty Images)

In fact, it is the American mainstream media which made such a meal out of ethnicity, not the British. And yet North America is where the couple is heading.

In a survey at the time she became a princess, Meghan was more popular in the UK than a whole host of royals, including the heir to the throne, Prince Charles. If British people were just interested in how light someone’s skin was, you might expect that to be the other way around.

Another piece of research at the time found the British people were extremely relaxed about the whole thing — 79 per cent said they were fine with a Royal marrying a foreigner, 78 per cent were cool with a divorcee, 69 per cent had no objection to different ethnicity. In fact, the only area that didn’t have overwhelmingly majority support was whether a royal could have a gay marriage or not, and even then more supported than opposed, at 44-to-41 with 15 per cent don’t knows.

This and many other reasons is why James Delingpole points out that the United Kingdom is a country more comfortable with race than many others in the west. Despite what certain pedlars of agitprop and alleged racism would claim otherwise.

Delingpole: Meghan Markle Is NOT a Victim of Racism https://t.co/tWB91sIqwG