A military source speaking to The Mirror claims that Prince Harry’s position as head of the Royal Marines is “in doubt” after his announcement that he and his wife Meghan Markle are stepping back as “senior” royals.

Prince Harry was made Captain General of the Royal Marines in 2019, taking over the position from his 98-year-old grandfather Prince Philip.

On Wednesday, the Duke and Duchess of Sussex announced via Instagram that they would be stepping back as “senior” royals, reducing their public duties, and splitting their time between North America and the UK as the seek to carve out a financially independent “progressive” new life.

Prince Harry is a patron of other branches of the British armed services, including being the Honorary Air Commandant of Royal Air Force Honington and Commodore-in-Chief of the Royal Naval Command’s Small Ships and Diving group.

Prince Harry is a ten-year army veteran and had undertaken two tours duty in Afghanistan. Commissioned as an army officer in the Blues and Royals in 2006 after completing training at the military academy Sandhurst, the following year he served as a forward air controller, coordinating strikes against the Taliban. In 2008, he served in Helmand Province.

Like his brother Prince William, Prince Harry trained as a military helicopter pilot, qualifying as an Apache aircraft commander. His older brother also had a career in the military, having served for seven years in the army, Royal Navy, and Royal Air Force where he flew a Sea King as a search-and-rescue pilot. 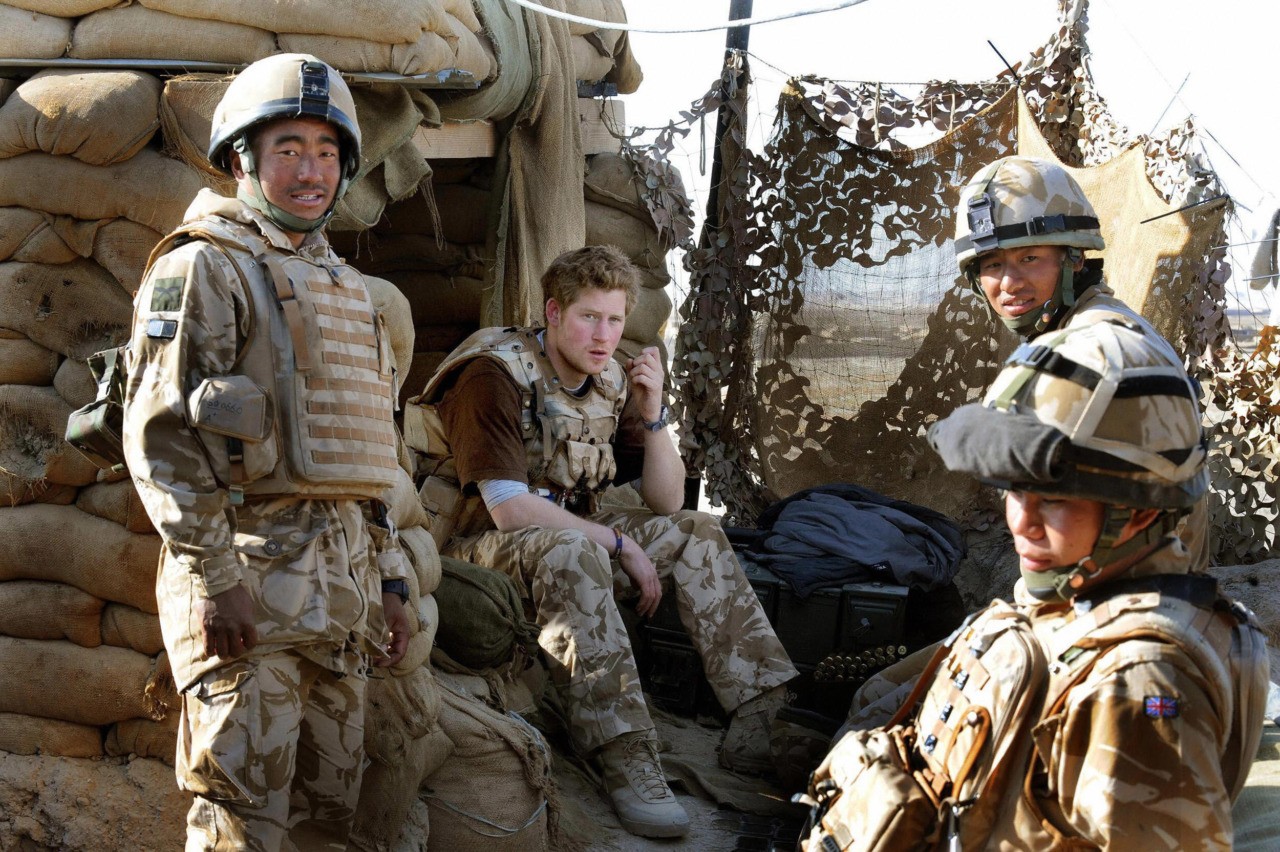 A photograph made available on February 28, 2008, shows Britain’s Prince Harry (2nd L) as he sits with a group of Gurkha soldiers after firing a machine gun from the observation post on JTAC Hill, close to FOB Delhi (forward operating base), in Helmand province in Southern Afghanistan, on January 02, 2008. Prince Harry, the youngest son of Prince Charles and the late princess Diana, has been fighting the Taliban on the front line in Afghanistan, the defence ministry in London said Thursday. The 23-year-old, an officer in the Household Cavalry regiment, has spent the past 10 weeks secretly serving in the volatile southern province of Helmand, where most of Britain’s troops are based.  (Photo credit should read JOHN STILLWELL/AFP via Getty Images)

There is a strong tradition of military service in the British Royal Family, with the sovereign as head of the armed services. Three of the Queen’s four children served in the military, with Prince Andrew having served in the Falklands War in 1982 as a navy helicopter co-pilot. Prince Philip served in the navy in World War Two, while the then-18-year-old princess Elizabeth served as a driver and mechanic in the Auxiliary Territorial Service.

In response to The Mirror‘s source casting doubt on whether Prince Harry will continue as the honourary head of the elite group, a senior military source told the newspaper: “The Corps keeps HRH informed on a regular basis of what is going on with the Commando Brigade, but he has not been seen for some months.”

The appointment in the Royal Marines was supported by top brass, though rank-and-file criticised the move, on the grounds that Prince Harry was merely handed the signature green beret without having worked for it.

One told The Mirror: “A lot of lads were not impressed that he was just given a beret and his commando badges yet he did nothing for them, not one run, nothing. He won’t be missed.”

Comparing the way the title was bestowed to Harry compared to when Prince Charles was given command of Britain’s paratroopers, they said: “His Dad, who heads the paras, underwent the jumps [and] the course before the Army would let him wear wings, yet we just gave our beret and badges away.” 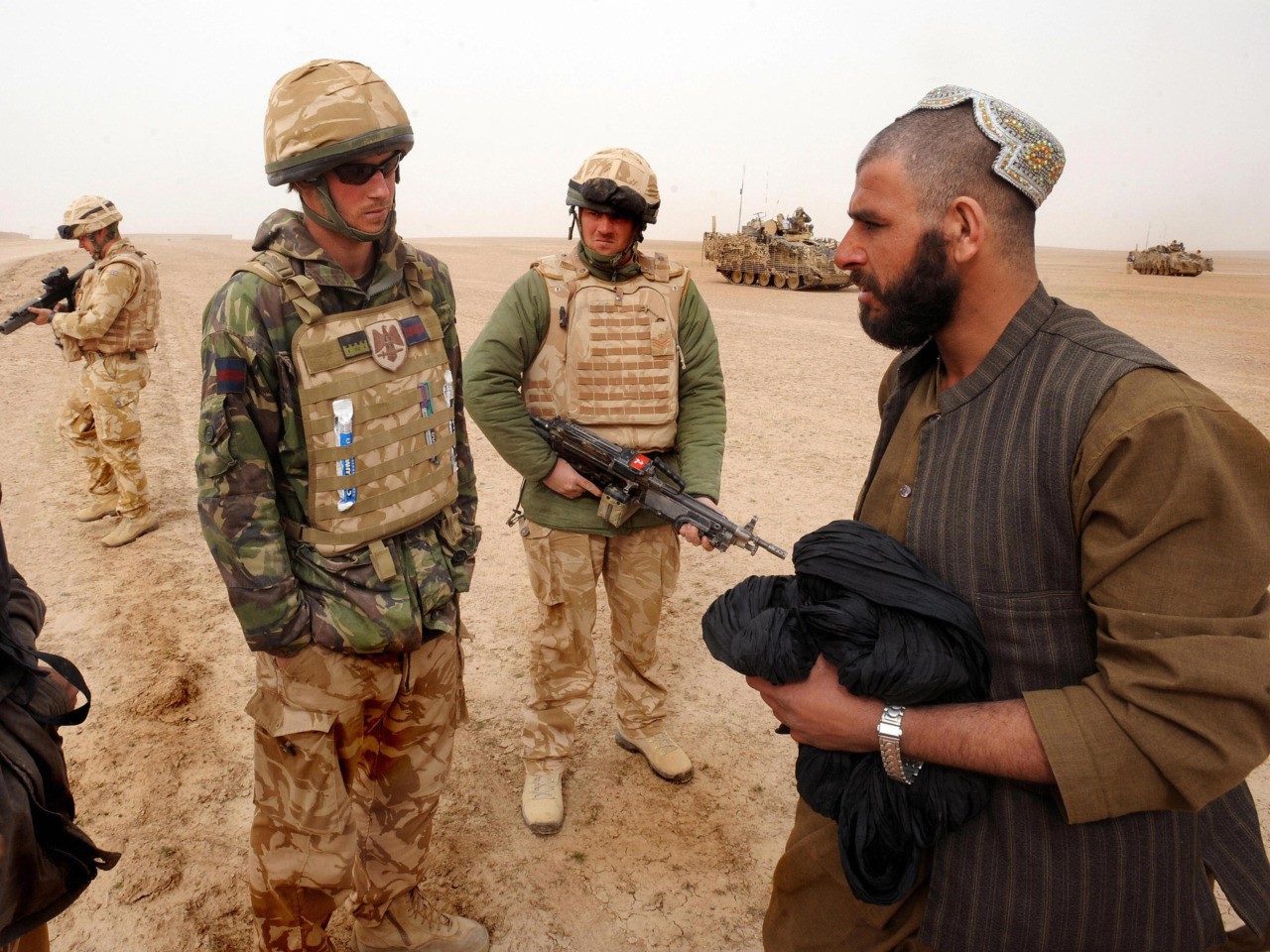 Prince Harry talks to a local Afghan man and tells him the route around a British Army cordon, with the help of an Afghan interpreter (out of picture at left) in the desert in Helmand province in Southern Afghanistan, on February 21, 2008. Prince Harry, pulled out of a 10-week tour of duty in Afghanistan for security reasons, wants a swift return to the frontline, he said an interview published on March 2nd, insisting he is not a hero. (Photo credit should read JOHN STILLWELL/AFP via Getty Images)