The lyrics to British patriotic songs “Rule, Britannia!” and “Land of Hope and Glory” will be sung live at the annual Last Night of the Proms concert, a sudden u-turn from the British state broadcaster which follows days of speculation and debate on the matter.

The announcement that a small number of singers will be present at the otherwise scaled-back and coronavirus-friendly night of patriotic music comes after ten days of heated public debate that followed reports the songs would not be performed at all.

In a statement released on Wednesday, the BBC Proms said that while changes to the annual programme of classical music performed at the festival — including not being able to use the ‘massed voices’ of BBC choirs — nevertheless some singing would now take place.

They said: “We have been looking hard at what else might be possible and we have a solution. Both pieces will now include a select group of BBC Singers. This means the words will be sung in the Hall, and as we have always made clear, audiences will be free to sing along at home. While it can’t be a full choir, and we are unable to have audiences in the Hall, we are doing everything possible to make it special and want a Last Night truly to remember.”

In a nod to the intense controversy that greeted the original reports and subsequent decision, the BBC said they hoped that “everyone will welcome this solution”, and that despite it being different to normal it would still be “a night to remember”.

That the U-turn came after ten days of public comment and social media activity, the change of direction has been hailed as a victory of people power. Brexit leader Nigel Farage noted as much in his remarks as the change was announced, writing on Wednesday: “This just shows the power of public pressure and how hopelessly out of touch the BBC are with their own license fee payers.”

Both paled in comparison to the majority position, however, with 55 per cent saying the event should go ahead as normal — as it has for decades.

The discussion around the decision to delete the lyrics to the popular patriotic pieces — initially framed as being related to pressure from the Black Lives Matter movement — reignited again the debate around how the BBC is funded, and its future, and inevitably bolstered the campaign to defund the corporation. The BBC is presently funded by a compulsory tax, payable by anyone who operates a television or digital device to receive live broadcasts from any source or who watches BBC content on-demand. 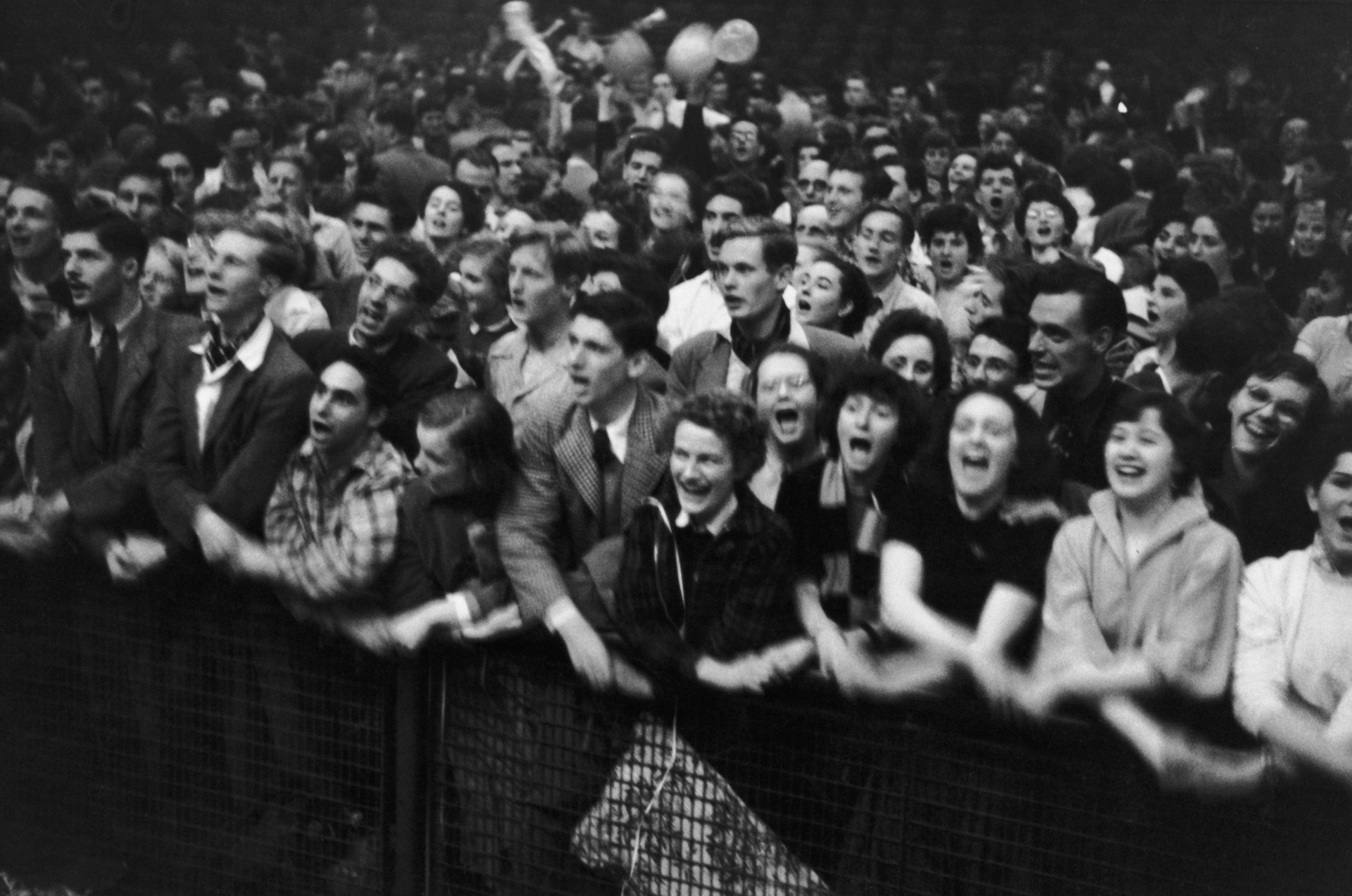 History: Promenaders sing-along at the ‘Last Night of the Proms’ in 1952. (Photo by Thurston Hopkins/Picture Post/Hulton Archive/Getty Images)