LONDON (AP) – Myanmar´s ambassador to the United Kingdom, who has criticized the military coup in his country, says he has been locked out of his London office by colleagues.

Kyaw Zwar Minn said he was barred from entering the embassy on Wednesday evening by diplomats loyal to the military regime.

Last month, the ambassador called for the release of Myanmar´s democratic leader, Aung San Suu Kyi, who was detained when the military seized power on Feb. 1.

Since the coup, Myanmar security forces have killed at least 581 protesters and bystanders in their crackdown on opposition. 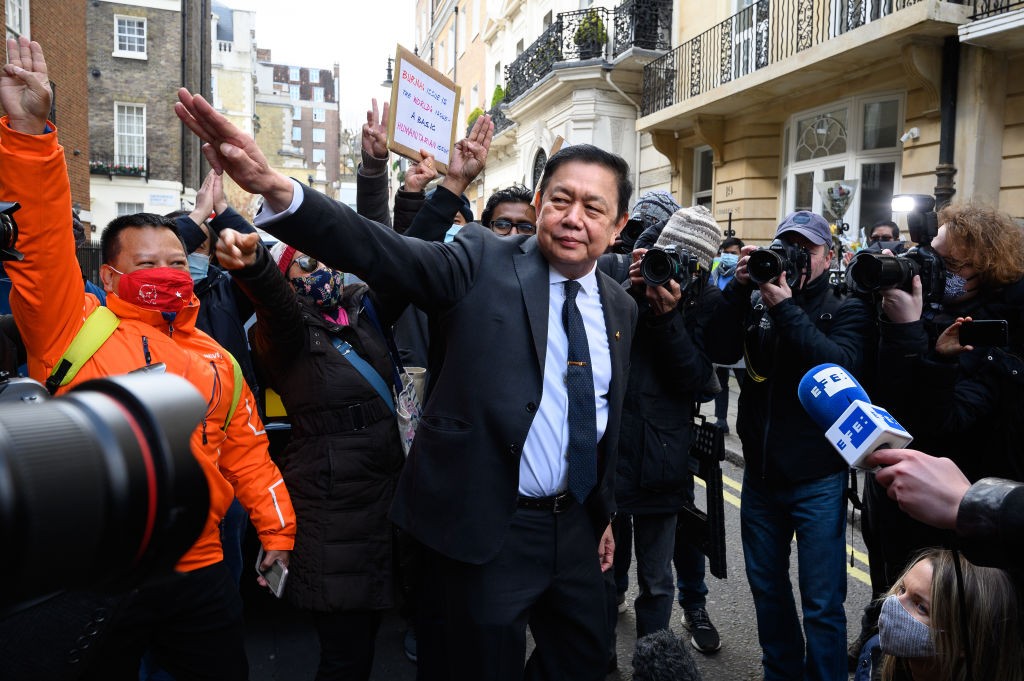 LONDON, ENGLAND – APRIL 08: Former Myanmar Ambassador to the UK Kyaw Zwar Minn gestures with the three-finger democracy salute as he stands outside the Myanmar Embassy on April 08, 2021 in London, England. Kyaw Zwar Minn the Myanmar ambassador to the UK slept outside the Myanmar embassy in London overnight after it was seized by allies of the country’s new military regime and he was barred from entering. He was recalled as ambassador by the regime after publicly calling for the release of deposed leader Aung San Suu Kyi. (Photo by Leon Neal/Getty Images)

A statement read on Kyaw Zwar Minn´s behalf outside the embassy on Thursday said the embassy had been “seized by the military attache yesterday evening. The ambassador has been locked out since then.”

“There has been a coup in Myanmar in February and now the same situation in central London,” the statement said. “This is unacceptable and disrespectful not only to the people of Myanmar but it is also clearly disrespectful to all of democratic society in the U.K.”

But it was unclear what, if anything, the U.K. could do about the move. The British government said it had been notified by Myanmar authorities that Kyaw Zwar Minn had been removed from his post.