MOSCOW (AP) – The head of Russia’s second-largest political party is alleging widespread violations in the election for a new national parliament, in which his party is widely expected to gain seats.

Communist Party head Gennady Zyuganov said on Saturday — the second of three days of voting in the Russian election — that police and the national elections commission must respond to reports of “a number of absolutely egregious facts” including ballot-stuffing in several regions.

The United Russia party, which is diligently loyal to President Vladimir Putin, appears certain to retain dominance in the State Duma, the lower house of parliament, but some projections suggest it could lose its current two-thirds majority, which is enough to change the constitution. The Communists are expected to pick up the biggest share of any seats lost by United Russia. 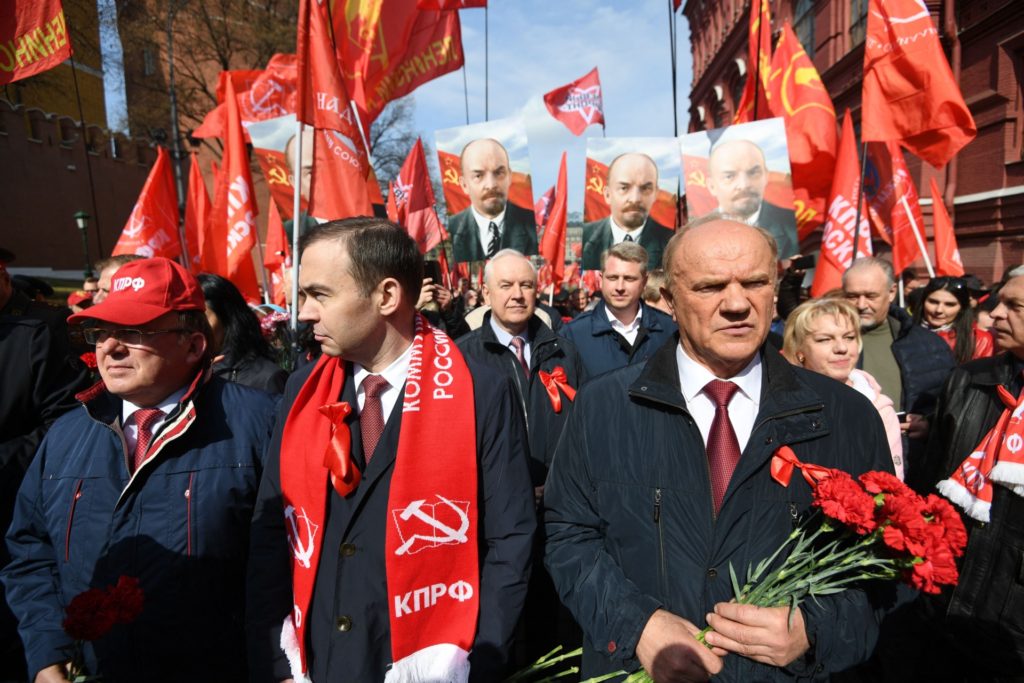 Russian Communist party leader Gennady Zyuganov (R) walks with supporters towards the Mausoleum of the Soviet state founder and revolutionary leader Vladimir Ilyich Ulyanov aka Lenin to attend a flower-laying ceremony marking the 151th anniversary of his birth, on Red Square in Moscow, on April 22, 2021. (Photo by NATALIA KOLESNIKOVA / AFP) (Photo by NATALIA KOLESNIKOVA/AFP via Getty Images)

Although the Communists generally support Kremlin initiatives in the parliament, their gaining seats would be a loss of face for United Russia. The Communists are seen as potentially benefiting from the “Smart Voting” program promoted by the team of imprisoned opposition leader Alexei Navalny, which aims to undermine United Russia by advising voters on which candidates are in the strongest position to defeat the dominant party’s candidates.

However, it’s unclear how effective the program will be after Apple and Google removed Smart Voting apps from their stores under Kremlin pressure. Authorities previously blocked access to its website. Navalny’s organizations have been declared extremist, blocking anyone associated with them from running for office, thereby eliminating most significant opposition from the election.

Zyuganov said the party has tallied at least 44 incidents of voting violations and that the party has applied for permits to hold protests during the week after the voting ends Sunday.

On Saturday, the news website Znak said a resident of the Moscow region was offering 1,000 rubles ($15) to people who voted for United Russia. The publication said it called the man, who said the payment would come if the caller provided evidence of his vote through a messaging app.

The Golos movement cited reports from its observers and local news media of an array of apparent violations, including ballots being stored overnight in a cabinet with a broken door and of envelopes for storing ballot tallies appearing to have been opened and then resealed.

On the first day of voting Friday, unexpectedly long lines formed at some polling places, and independent media suggested this could show that state institutions and companies were forcing employees to vote.

A local elections commission member posted video in which a man appeared to have tried to cast several ballots and then was confronted by a poll worker. The man in the video said he had obtained his ballots at a subway station. 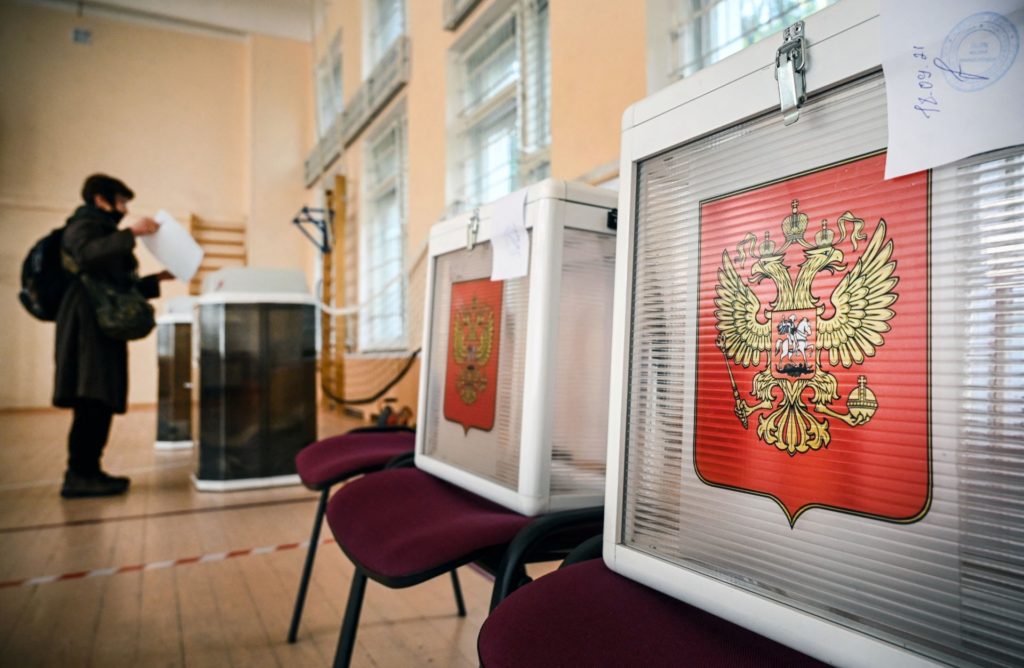 A woman casts her ballot at a polling station during the second day of the three-day parliamentary and local elections in Moscow on September 18, 2021. – The vote will see lawmakers elected to the 450-member lower house State Duma, where United Russia currently holds 334 seats, and to several local legislatures. After a year that saw a historic crackdown on the opposition and with President Vladimir Putin’s United Russia party floundering in the polls, authorities are doing what they can to drum up interest in parliamentary elections taking place over three days from 17-19 September, 2021. (Photo by Alexander NEMENOV / AFP) (Photo by ALEXANDER NEMENOV/AFP via Getty Images)