Conservative MP Sir David Amess has died after being stabbed multiple times at a constituency surgery on Friday, October 15th.

Mr Amess was stabbed in Belfairs Methodist Church in Leigh-on-Sea, Essex, at around noon on Friday while holding a surgery for residents of the Southend West constituency. Essex Police announced three hours later that the Conservative MP had sadly died at the scene and a 25-year-old man was in custody on suspicion of murder.

Tributes have flooded in for Sir David from both sides of the political aisle, with the Conservative lawmaker liked and respected not only by his colleagues, but many in the Opposition.

The 69-year-old married father-of-five was born in Plaistow in East London in 1952, and after university went on to become a teacher and then a recruitment consultant before entering politics.

In 1983, he won a seat in the House of Commons, representing Basildon before switching to the nearby Southend West, also in Essex, holding the seat since the 1997 election.

David Amess, a Thatcherite and a monarchist, was considered one of the most recognisable faces in the House of Commons, having been an MP for almost four decades, making him one of the longest-serving parliamentarians in the United Kingdom. 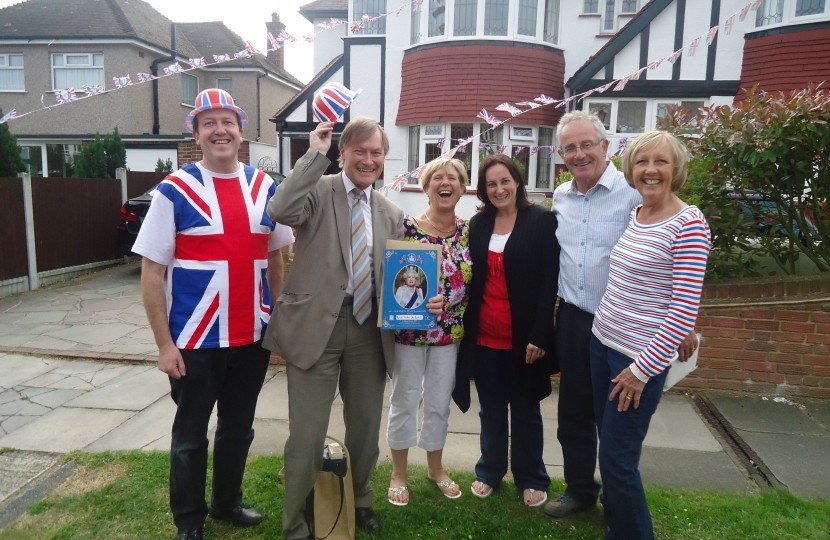 While he spent most of his career on the backbenches, Sir David was known to put his constituents first, with a Sky News journalist remarking that the Essex MP would always use his time during Prime Minister’s Questions to raise the concerns of his electors, trying to improve their lives.

His love for Southend was so great, that he had been actively involved in the campaign to have the town given city status.

A longtime Eurosceptic, he was a supporter of Britain leaving the EU in the 2016 Brexit referendum, writing before the vote: “It would be a huge mistake and indeed dangerous to vote to remain in the EU on 23rd June. It would not be a vote to stay in the EU as it is now. The push for ever closer union is ongoing, with plans for a European Army, a common European foreign policy and a Common Energy Policy.”

Other long-term positions of his included his support for a Jewish state, having been a member of the Conservative Friends of Israel since 1998. 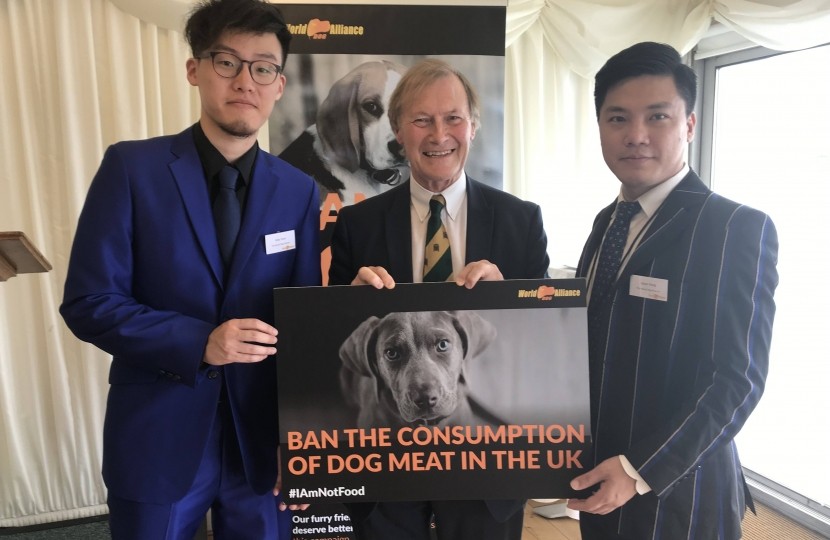 Sir David Amess at the World Dog Alliance’s Summer Reception on Wednesday 17th July, 2019. He joined the organisation’s campaign to ban the human consumption of dog and cat meat in the UK. (David Amess)

But Sir David also gave much attention to matters closer to his heart, describing his areas of expertise on his own website as “animal welfare and pro-life issues”. The social conservative took pro-life and pro-traditional marriage positions while voting in the Commons and in 2005 supported the Prohibition of Abortion Bill, which would have seen terminations almost entirely banned.

He also supported the return of capital punishment and backed the campaign to have former Prime Minister Tony Blair impeached.

Sir David was passionate about animal welfare from early on in his career, sponsoring the Protection Against Cruel Tethering Act in 1988 and having supported the ban on fox hunting.

A patron of the Conservative Animal Welfare Foundation, in recent years he campaigned against animal testing, backed the government’s measures to increase the punishment for pet theft and for animal abuse, and supported the end of caging hens for egg production.

A dog-lover who supported measures such as banning the exploitative import of young puppies for sale and introducing a dog meat ban worldwide, he was a frequent contestant at the Westminster Dog of the Year competition, recently entering his pet Vivienne as a participant.

His sense of fun was evident when, in 2015 after being knighted by Queen Elizabeth II for his political and public service, he posed dressed as a medieval knight on a horse.

Sir David Amess is survived by his wife Julia Arnold and their four daughters and one son.

In 2015 David Amess was awarded a knighthood for political and public service. How did the newly-knighted Sir David celebrate?

He got dressed up and released this brilliant photo https://t.co/jfeFRxAbCh pic.twitter.com/7GtWr02xKi