As 30,000 people flew into Glasgow, Scotland, over the past 48-hours to attend the COP26 climate conference, elite attendees chose to ignore the ample commercial services on offer and flew by private jet instead.

Local estimates say upwards of 400 aircraft were used to ferry their human cargo in before taking off again empty and flying around 40 miles to find open space to park for the duration of the event.

According to the MailOnline, “at least 52 private jets landing at Glasgow – while estimates put the total number flying in for the conference at 400,’ the site reported.

It went on to add, “Conservative predictions suggest the fleet of private jets arriving for Cop26 will blast out 13,000 tonnes of carbon dioxide in total – equivalent to the amount consumed by more than 1,600 Britons in a year.”

Amazon founder Jeff Bezos was one of them. 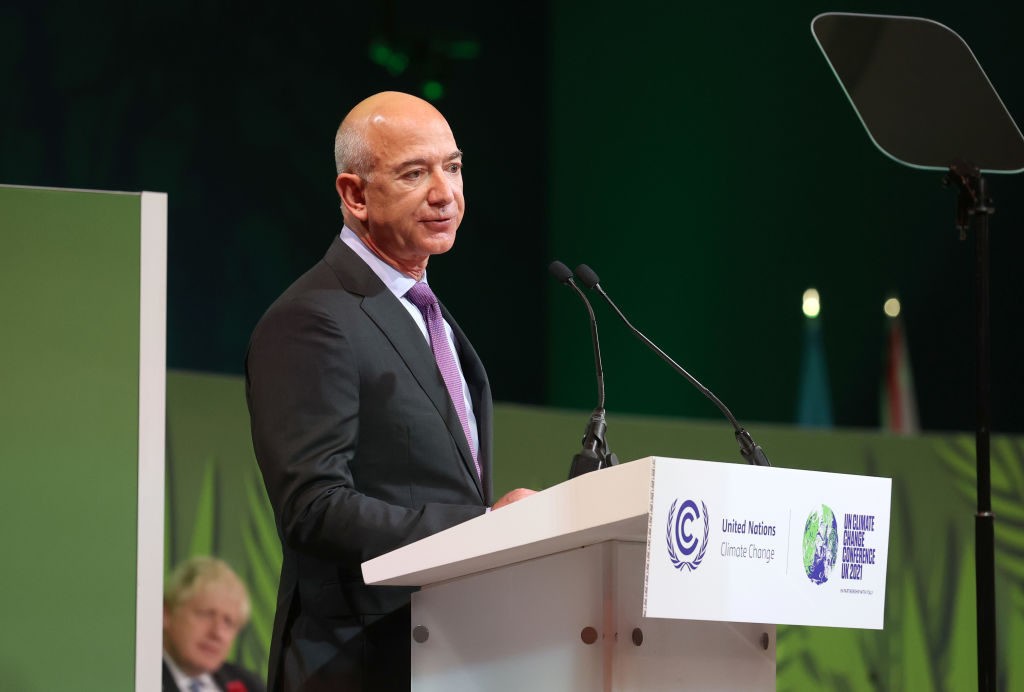 Jeff Bezos speaks during an Action on Forests and Land Use event on day three of COP26 on November 02, 2021 in Glasgow, Scotland. (Chris Jackson/Getty Images)

He reportedly arrived in a $65 million Gulfstream followed by dozens of others, all with passengers eager to discuss the global environment and the lasting damage claimed to be caused by those taking flights around the planet.

Prince Charles is believed to have winged in from the G20 meeting in Rome where he appeared alongside Boris Johnson.

It is thought he flew via RAF Brize Norton, where he may have picked up the Duchess of Cornwall, the Times reports, replicating some of the trips taken by his son over the past few years as he tours the world to warn of impending climate doom.

Are those raindrops that fly private jets, or no? Asking for a friend. https://t.co/J5Q5ykzEQr

A Clarence House spokesman defended the prince’s decision to fly to the climate conference. He said:

His Royal Highness has personally campaigned for a shift towards sustainable aviation fuel and would only undertake travel to Rome when it was agreed that sustainable fuel would be used in the plane. Wherever possible, and recognising the challenges of supply, the intention is that sustainable fuel will increasingly be part of royal travel plans from now on.

Matt Finch, of the Transport and Environment campaign group, pointed to the hypocrisy of it all. He outlined “the average private jet — and we are not talking Air Force One — emits two tonnes of CO2 for every hour in flight. It can’t be stressed enough how bad private jets are for the environment, it is the worst way to travel, by miles.”

Working class Americans do not need lectures about global warming from rich Elites who own PRIVATE JETS! https://t.co/zuxzxd2oWn

Finch then explained how research has found most journeys could easily be completed on scheduled flights. “Private jets are very prestigious but it is difficult to avoid the hypocrisy of using one while claiming to be fighting climate change,” he added.

The Times estimated U.S. President Joe Biden alone will have generated 2.2 million pounds of C02 in reaching the conference.

His expansive entourage consists of a fleet of four planes, as well as his Marine One helicopter and a vast motorcade including The Beast and numerous SUVs. 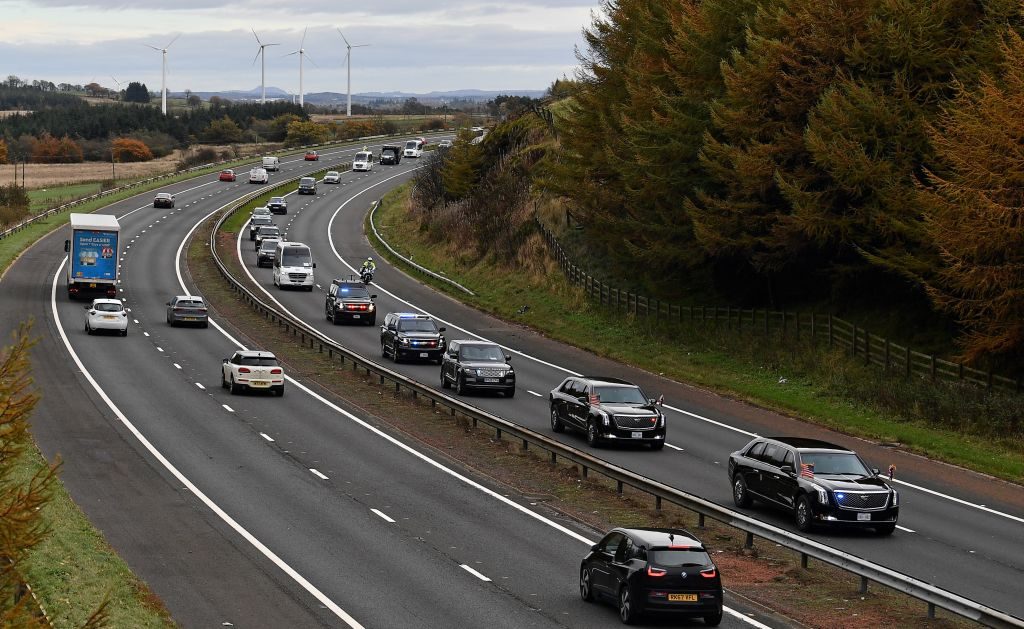 The motorcade of U.S. President Joe Biden stretches into the distance as it makes its way along the M8 motorway from Edinburgh to the COP26 UN Climate Change Conference in Glasgow, Scotland on November 1, 2021. (BEN STANSALL/AFP via Getty Images)

All are flown ahead of the president so his feet barely touch the ground before he is whisked off to his many appointments.

As for Bezos, the newspaper reported he travelled to Glasgow fresh from celebrating the 66th birthday of Bill Gates, the billionaire founder of Microsoft, on a £2 million-a-week superyacht off the coast of Turkey.

The Microsoft founder was said to have ferried his guests to and from the sprawling vessel by helicopter.

Some 200 nations from around the world have sent delegates to COP26 to discuss how to cut emissions and limit global temperatures from rising beyond 1.5°C.