Former U.S. President Donald J Trump has suggested that Joe Biden’s removal of the bust of Anglo-American wartime leader Winston Churchill is a slight on relations with the United Kingdom.

Speaking to Brexit leader Nigel Farage during an interview aired on GB News on Wednesday, Trump criticised successor Joe Biden when Farage informed him that the then-incoming Democrat president had removed the bust of the British prime minister from the Oval Office in January 2021. Former President Trump had restored it while in office, following Barack Obama’s likewise banishment of the piece during his own presidency.

“You saw Churchill’s beautiful bust being removed from the White House. When I got there, I said, ‘send it back’,” former President Trump told the Brexit leader during Farage: The Trump Interview.

Calling Winston Churchill — who, like Trump, was of American and British parentage — the “great one”, Mr Trump said that when he had when requested it back, he said: “I absolutely want it.”

Donald Trump: ‘President Obama sent it back he didn’t want it’

Donald Trump says he told staff to put back the bust of Winston Churchill in the White House when he became President. pic.twitter.com/SPEg8iyd6U

“President Obama, I believe, sent it back. He didn’t want it,” observed Mr Trump.

“Joe Biden got rid of it on the first day,” Farage said. “Which is why, of course, there’s been no advancement with trade deals and all the rest of it,” he added.

Mr Trump responded: “Why would you do that with Winston Churchill and you’re trying to get along with your country? … It’s a token, but such an important token. I had it back for my entire time. It was there. He was a very handsome man.” 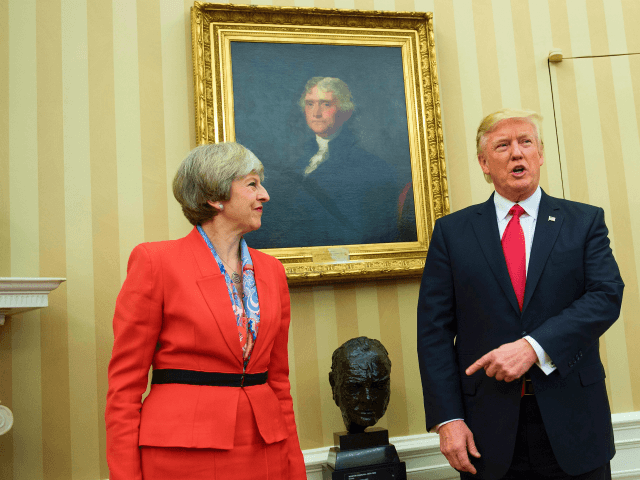 The bust of Sir Winston Churchill, by Sir Jacob Epstein, had been loaned by the government of then-Prime Minister Tony Blair to the administration of President George W Bush following the September 11th terror attacks, as a sign of the two countries’ strong transatlantic relationship, often referred to as the Special Relationship.

When President Bush won a second term, the Government Art Collection extended the loan until 2009, after which President Barack Obama returned it, in favour of a bust of Martin Luther King, Jr. and Abraham Lincoln, prompting then-Mayor of London Boris Johnson to criticise Obama, suggesting his decision to remove the Churchill statue was fueled by an “ancestral dislike of the British Empire”.

On his first day in office in January 2017, then-President Trump restored the bust. In January 2021, Biden again removed the sculpture from its place.