The United States saw more than 93,000 Americans die of drug overdoses in 2020, the most in the nation’s history, amidst the Chinese coronavirus crisis that spurred economic lockdowns, according to the latest Center for Disease Control and Prevention (CDC) data.

From January to December 2020, there were 93,331 drug overdose deaths indicating that an average of 256 Americans died every day from drug overdoses — the most in U.S. history.

Put another way, about 11 Americans died every hour last year from a drug overdose.

(Screenshot via the Center for Disease Control) 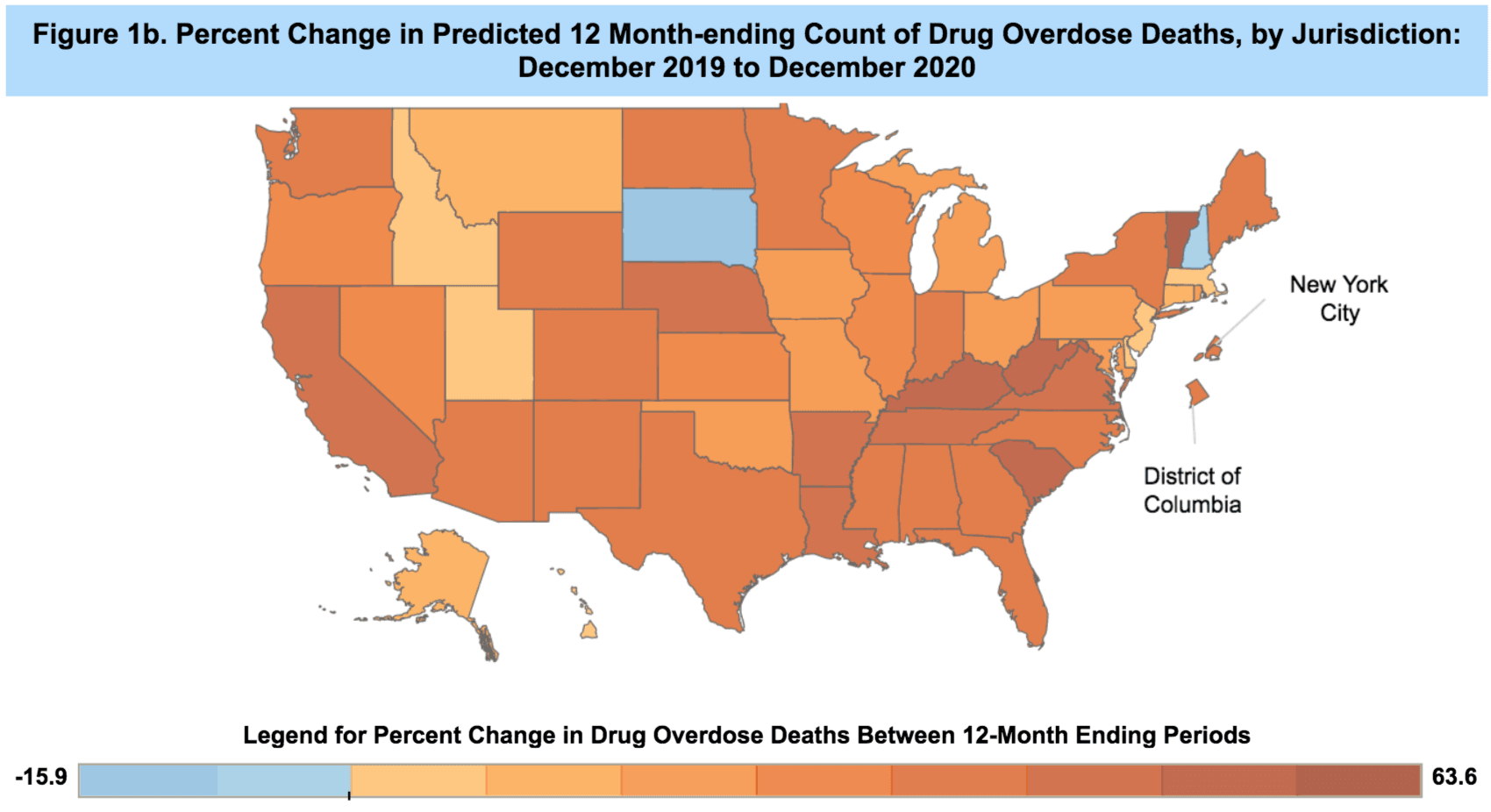 (Screenshot via the Center for Disease Control)

In December 2020, the CDC noted that fentanyl — a synthetic opioid that is 50 times more potent than heroin — was driving the surge of drug overdose deaths during pandemic-induced economic lockdowns that kept Americans quarantined for months, children out of school, and loved ones isolated from their families.

“The disruption to daily life due to the COVID-19 pandemic has hit those with substance use disorder hard,” CDC Director Robert Redfield, M.D., said at the time. “As we continue the fight to end this pandemic, it’s important to not lose sight of different groups being affected in other ways. We need to take care of people suffering from unintended consequences.”

In California, an epicenter of the nation’s opioid crisis, drug overdoses skyrocketed during the coronavirus crisis.

In April, the San Fransisco medical examiner revealed that drugs killed more than twice as many Americans in 2020 than those who died from the coronavirus. Similarly, in San Diego, fentanyl overdoses more than tripled during the coronavirus crisis.