Florida’s Surgeon General has signed new protocols that allow for parents to choose whether or not to quarantine their child if the child is asymptomatic after exposure to the virus.

Previous mandates required children to quarantine for four days after becoming exposed to the virus, but the new protocols place the autonomous decision-making in the hands of parents and guardians. The new protocol signed into action by the new Florida Surgeon General Joseph Ladapo allows asymptomatic students who have had exposure to the virus to attend classes “without restrictions or disparate treatment.”

Ladapo was named Florida’s Surgeon General two days ago on September 21 and announced, “we’re done with fear. It’s been something that’s been, unfortunately, a centerpiece of health policy in the United States ever since the beginning of the pandemic, and it’s over here — expiration date is done.” 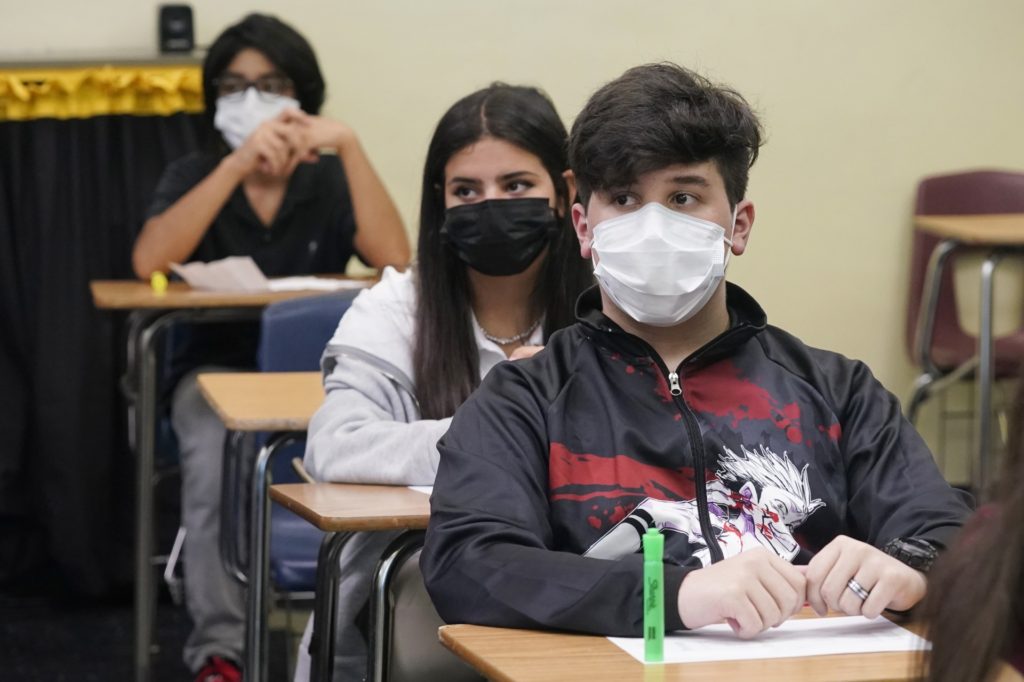 “One of the things that the parents have been most concerned about have been policies that would quarantine dozens and dozens of healthy students if there was one positive test in a particular classroom and that was incredibly disruptive to kids’ education,” Florida Gov. Ron Desantis (R) said in a press conference on September 22. “To have someone at home who is healthy who doesn’t have any symptoms and yet they’re not able to be in school and not able to learn – they’re not allowed to participate in activities – that’s been a huge, huge impediment to having a normal functioning school year.”

Desantis went on to highlight the stressful difficulties of organizing last-minute quarantines for parents of asymptomatic children:

It’s also very difficult for parents because we have a lot of folks particularly here in central Florida, a lot of two-parent households, both are working to put food on the table. We have got a lot of single-parent households, including single moms, who have to work to put food on the table. Many of our folks in Florida are not able to work from home. They’ve got to actually be at that job and they’ve got to be there earning a living, and so they get a call maybe the night before, saying your son or daughter was “exposed” and they’re going to have to quarantine, that makes it very difficult for them to continue doing their jobs and continuing to put food on the table.

We’ve been looking at this for a long time, and the European CDC always advised against healthy quarantines. They advised a symptom based approach last year, and basically if someone is sick obviously they stay home, and if they come to school sick then you send them home of course. But anyone that may have been in contact without symptoms should be able to stay in school. They can be monitered, the parents can be notified that there may have been a case, and then parents obviously can make decisions and so forth, but the parents you know they have a right to have their healthy kids in school and I think the Europeans recognized that. The United Kingdom does that, Sweden, a lot of countries have done it this way and basically they are treating this like they would treat typical respiratory viruses.

“Quarantining healthy students is incredibly damaging for their educational advancement,” the governor would go on to add. “It’s also incredibly disruptive for families all throughout the state of Florida, but particularly here in central Florida.”

He then outlined Florda’s symptom-based approach to quarantine students in Florida:

We are going to be following a symptoms-based approach. If somebody is symptomatic of course they stay home. If someone is in close contact, but somebody has not developed any symptoms you monitor them. You notify the parent, the parent always has the right to have their kid stay home if they think that’s in the best interest of the student and the family, 100 percent we would not want to intrude on that, but if a parent has a healthy child, that child has a right to be in school.

The requirement for students who have tested positive to quarantine for ten days remains unchanged. Students are still required to be asymptomatic and provide a negative test before returning to the classroom after testing positive.

Surgeon General Lapado’s new protocols also address a previous guideline regarding a student’s ability to opt out of a school’s mask mandate. New language was added to the rule that specifies it is “at the parent or legal guardian’s sole discretion.”

The new language has effectively ended a lawsuit filed by five Florida counties that rejected Desantis’s mask prohibition. After the Florida Department of Health argued that the new language should lead to the dismissal of the case an administrative law judge agreed and ruled that no decision could be made as the rule had been repealed.