Nurses in the Australian state of New South Wales (NSW) remained on strike on Monday for the sixth-straight day to demand a pay raise and set nurse-to-patient ratios, NSW’s South Coast Register reported.

Members of the NSW Nurses and Midwives Association went on strike for the first time in more than a decade on February 15. The demonstration saw thousands of nurses and midwives walk off the job in NSW last Tuesday. Many strike participants traveled to the state’s capital city, Sydney, to rally in front of the NSW Parliament building. They hoped NSW legislators meeting for the first time this year would hear their demands for better wages and staffing ratios. Other striking health care workers staged rallies “in regional parts of NSW” on February 15, according to the Australian Broadcasting Corporation (ABC).

The strike was originally scheduled to last just 24 hours but was still active as of February 21, according to reports by both the South Coast Register and the Australian Associated Press (AAP). The NSW Nurses and Midwives Association on Monday had made little to no progress in achieving the changes it advocated for through last week’s strike, according to South Coast Register‘s report on February 21.

NSW is Australia’s most populous state with roughly 8.2 million residents. The nurses’ strike in NSW on February 15 included “staff from more than 150 hospitals around the state,” according to Reuters. 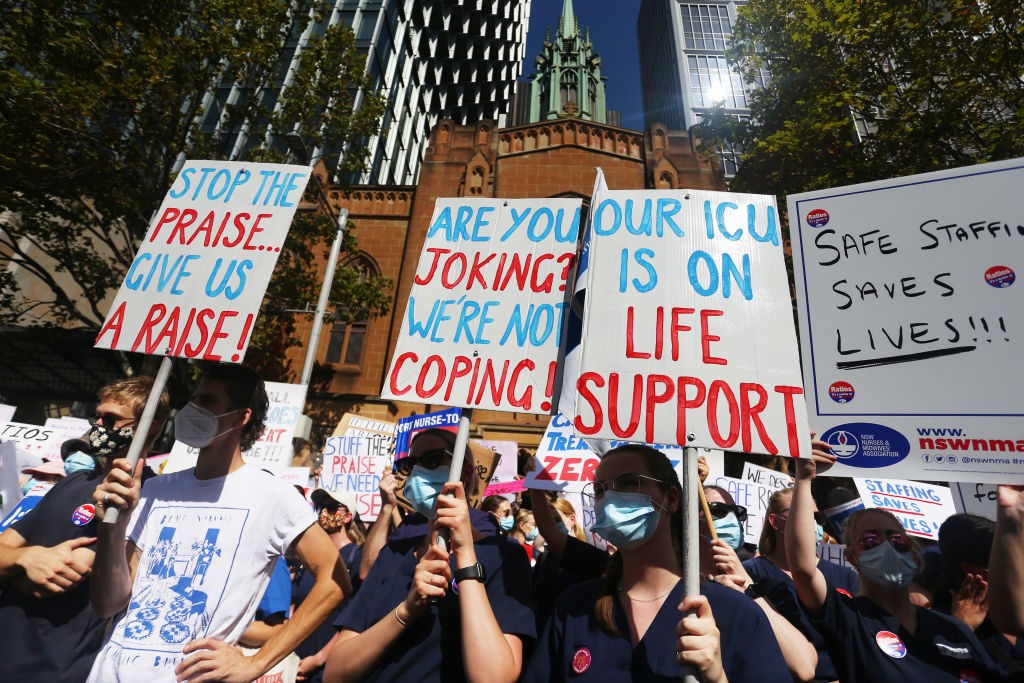 Nurses and members of the health sector rally outside Parliament House on February 15, 2022 in Sydney, Australia. Thousands of nurses and midwives from across New South Wales today walked off the job to protest pay and work conditions during the COVID-19 pandemic. (Lisa Maree Williams/Getty Images)

“Nurses want one nurse to every four patients on each shift and a pay increase above the NSW government’s prescribed public sector offer of 2.5 per cent,” the South Coast Register observed on February 21.

“The push for a wage rise above 2.5 per cent comes in the wake of a wage freeze in 2020 prompted by the global COVID [Chinese coronavirus] pandemic,” according to the local newspaper. “Adding insult to injury in 2021 the NSW government offered them [nurses] a [pay] rise of only 1.04 per cent.”

“Nurses have an agreement in place for a 2.5 per cent pay rise each year in July,” according to the South Coast Register.

“[T]hey are now effectively playing catch up on what should have come their way as part of this agreement,” the publication opined.

NSW Premier Dominic Perrottet told reporters on February 15 the government “hope[s] that we can provide a resolution” to the nurses’ strike, adding the issues surrounding the union’s demands were “complex.” 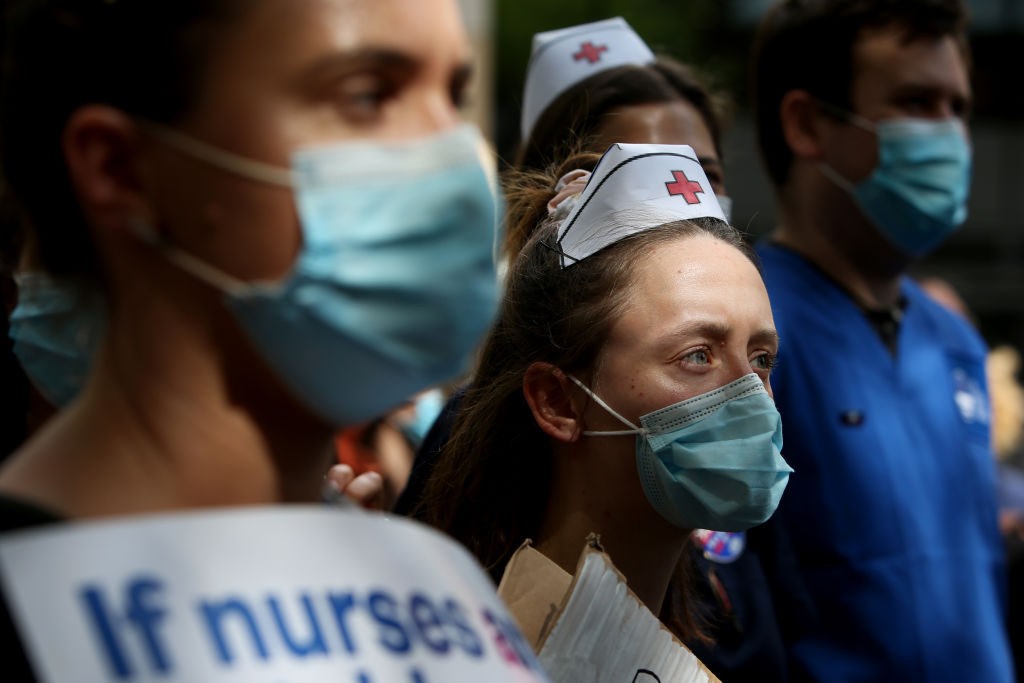 NSW Health Minister Brad Hazzard met with the NSW Nurses and Midwives Association on the morning of February 14, “hours before the state’s Industrial Relations Commission ordered the union to refrain from striking,” the AAP reported.

NSW Opposition Leader Chris Minns “did not commit to introducing nurse-patient ratios” as of February 15, according to the press agency.

The NSW government had yet to provide the nurses’ union with a resolution as of February 21, according to the South Coast Register, which described Sydney’s “silence since last week” as “deafening.”