Salami praised the general and Iran’s promised reponse, saying “today all humanity admires and praises him as a model of resistance and support for the oppressed. They want to throw the sun off, make a mistake by throwing rocks, and this is the tradition of the criminals of the universe who do not understand and cannot fight the sun.”

Salami is no stranger to making threats against America’s interests. As Breitbart News reported, as recently as 48-hours ago he said Iran would deliver a “painful” blow to the U.S. somewhere in the Middle East. 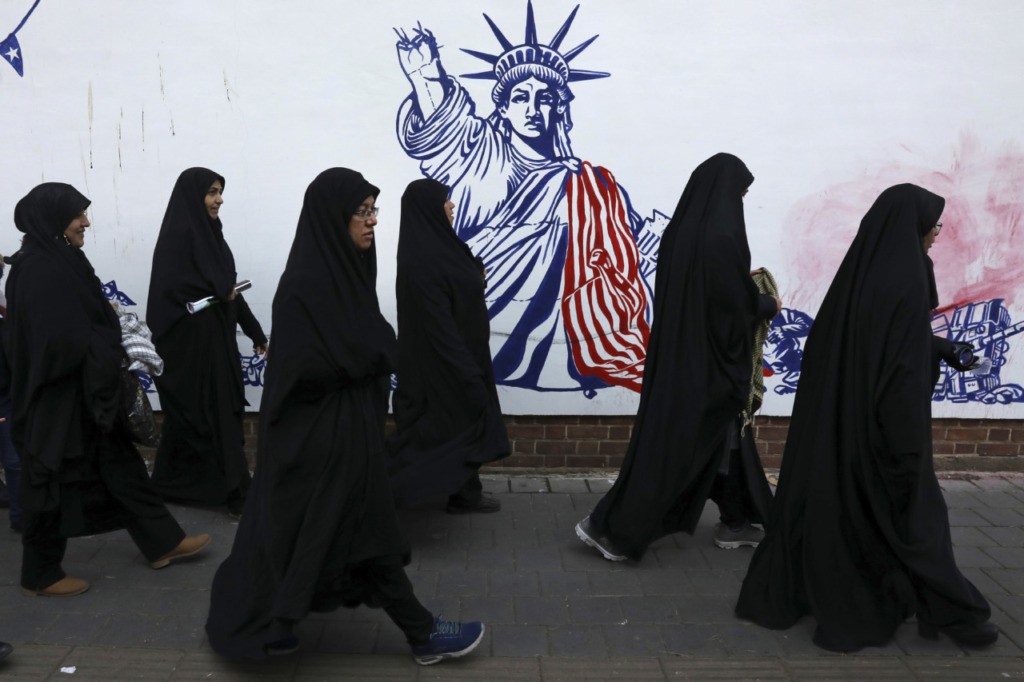 Mourners walk back from a funeral ceremony for Iranian Gen. Qasem Soleimani and his comrades, who were killed in Iraq in a U.S. drone attack on Friday, passing a satirical drawing of the Statue of Liberty painted on the wall of the former U.S. Embassy in Tehran, Iran. (AP Photo/Vahid Salemi)

Just how Iran would do this was not outlined, however last September he declared Iran has special “hidden” military powers it is ready to unleash at any moment on an unsuspecting world.

According to the domestic Fars News, Salami said enemies of his country are unaware of secret capabilities of Iran, adding Tehran has significantly enhanced its military power to create threats and problems unknown and unexpected for anyone who opposes it.