Israel celebrated its 73rd Independence Day on Thursday, in a nearly coronavirus-free environment as municipalities allowed thousands of vaccinated Israelis to gather for celebrations.

The solemnity of the previous day, the annual Memorial Day for fallen soldiers and victims of terror, slipped away in a matter of minutes to fireworks, jubilation and parties throughout the country. 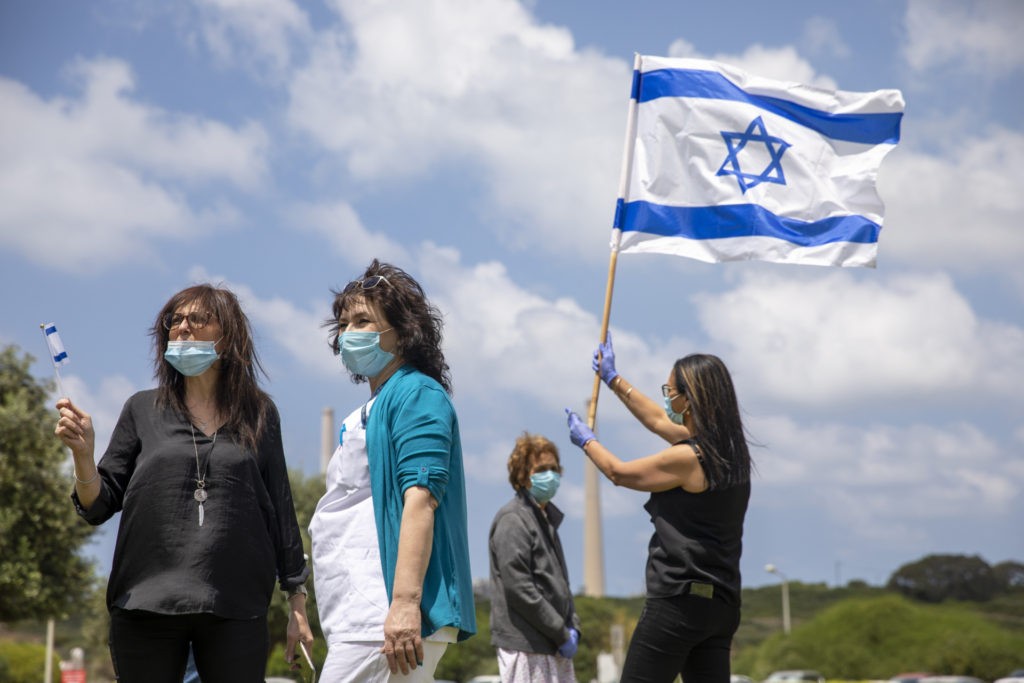 Medical staff and patients wear masks and wave Israeli flags as an Israeli Air Force aerobatic team flies in formation over the The Hillel Yaffe Medical Center, during a lockdown following government measures to help stop the spread of the coronavirus, on Israel’s 72nd Independence Day, in the northern Israeli city of Hadera. (AP Photo/Ariel Schalit)

“We’ve been through a difficult year of a pandemic and we got through it together. Again, we discovered how strong our nation is and how, at the moment of truth, we all came together to protect life, and return to life,” Prime Minister Benjamin Netanyahu said at the Independence Day opening ceremony at Jerusalem’s Mount Herzl military cemetery.

“Let’s shine together for the life of the nation and how good it is, religious and secular, Jews and Arabs. Together we dreamed, together we fulfilled [those dreams], together we won,” he said.

Experts have said that Israel, which ran an aggressive vaccination drive, has achieved “a sort of herd immunity” to the coronavirus. 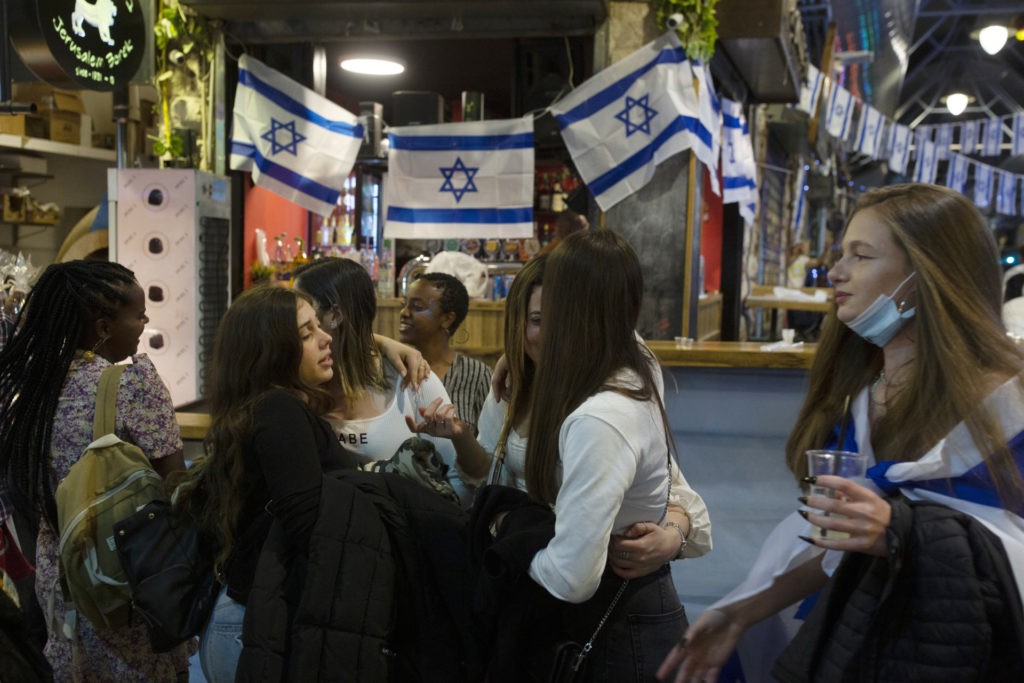 Israeli women celebrate Independence Day at a bar in the Mahane Yehuda Market in Jerusalem, after more than a year of coronavirus restrictions. (AP Photo/Maya Alleruzzo)

More than 5.3 million Israelis — out of a total population of 9.2 million — have received the first dose of the Pfizer vaccine, and 4.9 million were administered both doses.

Municipalities were permitted to hold Independence Day celebrations for up to 3,000 vaccinated people indoors and 5,000 outdoors.

A traditional flyover by the Israel Air Force took place over the country’s major cities. 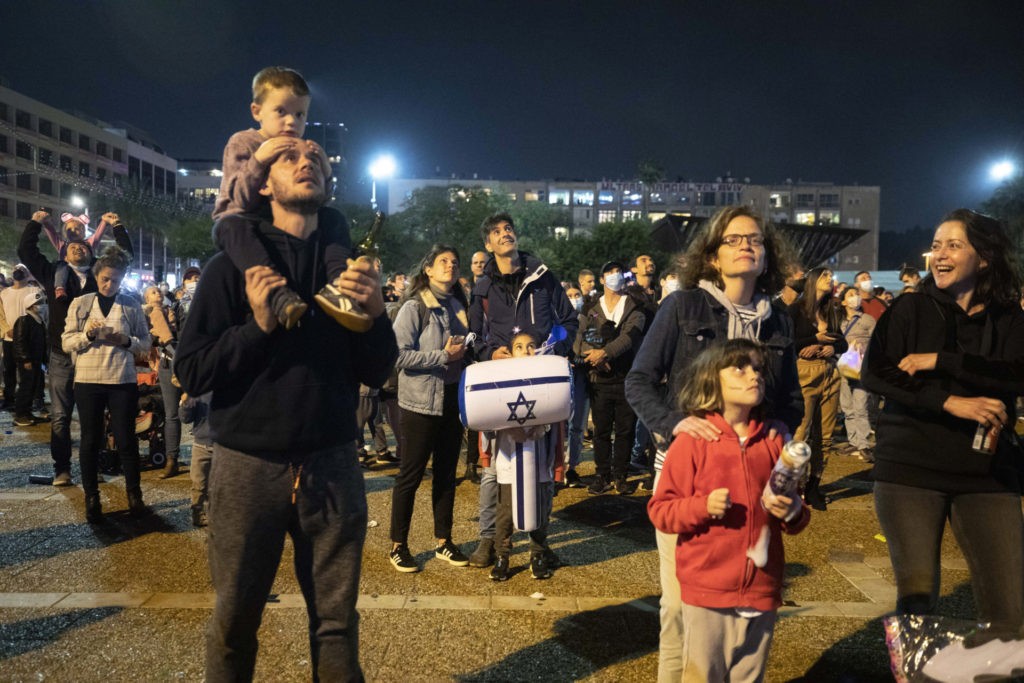