Families were rushed to bomb shelters as explosions were heard overhead throughout central Israel.

Every red dot marks sirens in Israel over the last 30 minutes: Israel is under attack. pic.twitter.com/1CSOFn8NBi

Several rockets appeared to make it through the defensive umbrella, hitting targets in both Jewish and Arab communities in Israel. 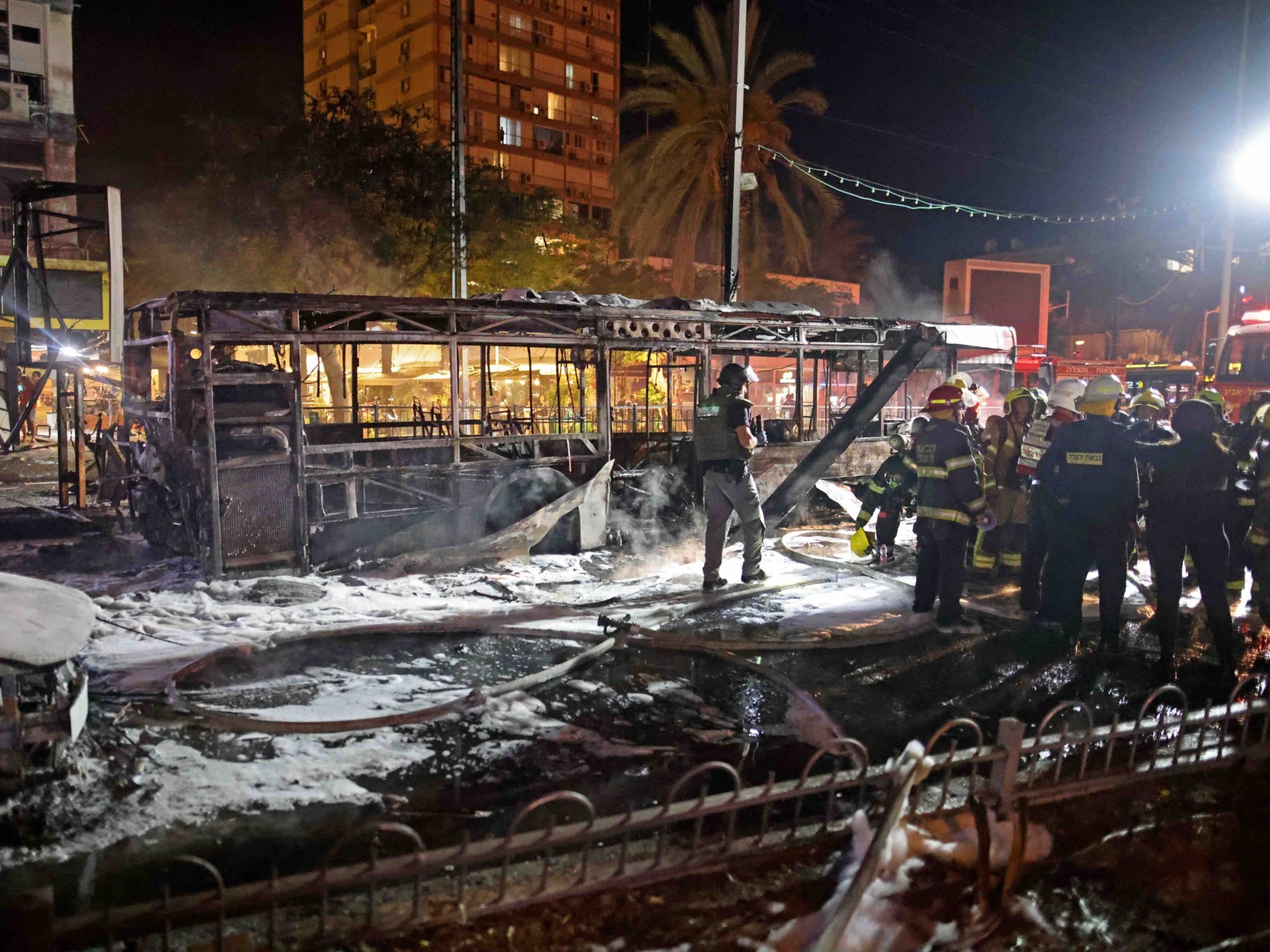 Israeli firefighters check out a burnt bus in the Israeli town of Holon near Tel Aviv, on May 11, 2021, after rockets are launched towards Israel from the Gaza Strip controlled by the Palestinian Hamas movement. (Photo by ahmad gharabli / AFP) (Photo by AHMAD GHARABLI/AFP via Getty Images)

An apartment building in Gaza collapsed after an Israeli air strike targeted offices of the Hamas terrorist organization. The Times of Israel noted that Israel issued several warning to occupants of the building before hitting the Hamas offices. 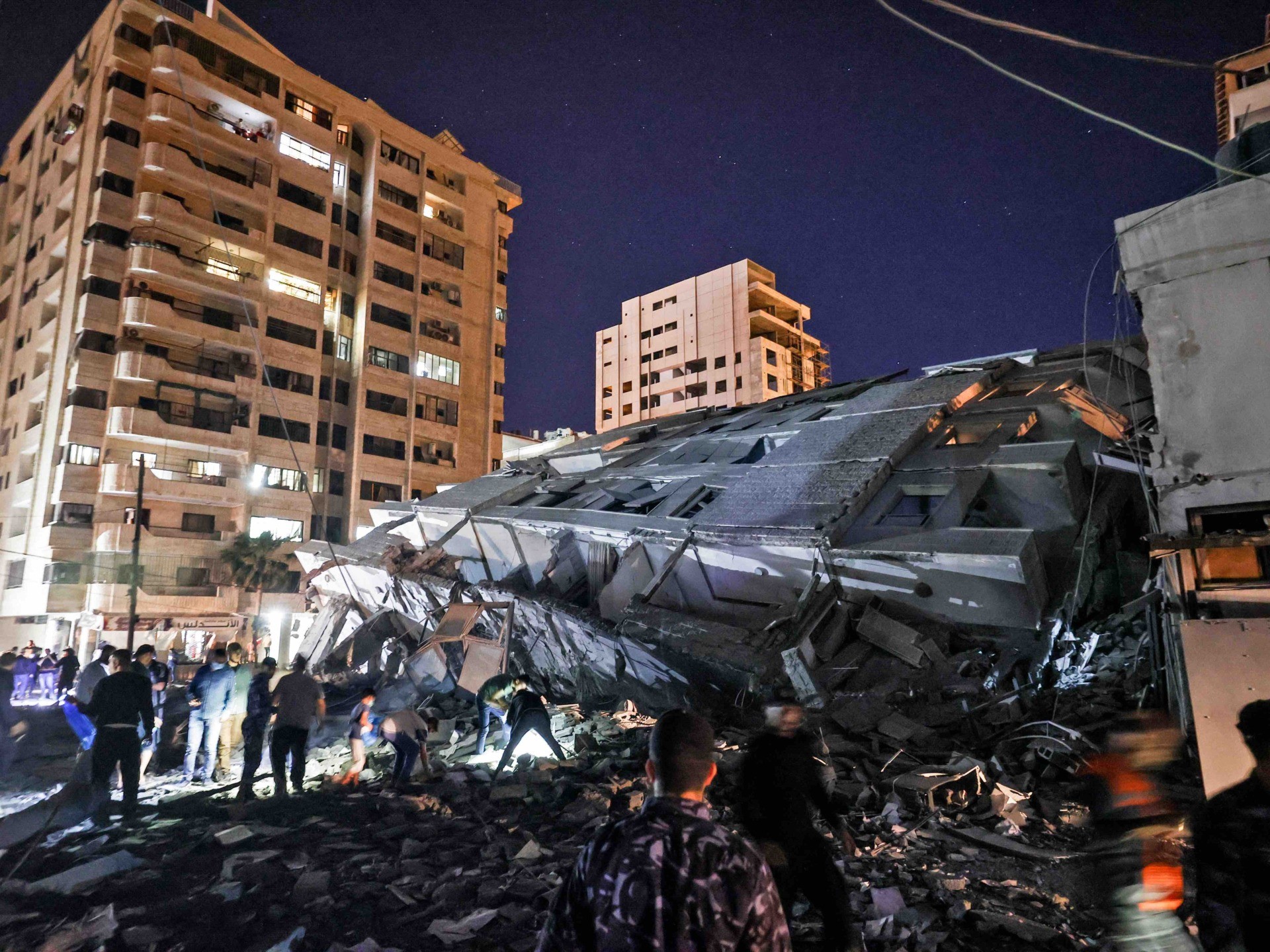 People gather at the site of a collapsed building in the aftermath of Israeli air strikes on Gaza City on May 11, 2021. – Hamas Islamists said they had fired 130 rockets towards Tel Aviv on May 11, unleashing a massive barrage on Israel’s economic hub, in retaliation for an Israeli strike on 12-storey tower near Gaza’s coast. The tower in Gaza was described by Hamas as a residential building. It also houses offices of several Hamas officials, AFP reporters said. (Photo by MAHMUD HAMS / AFP) (Photo by MAHMUD HAMS/AFP via Getty Images)